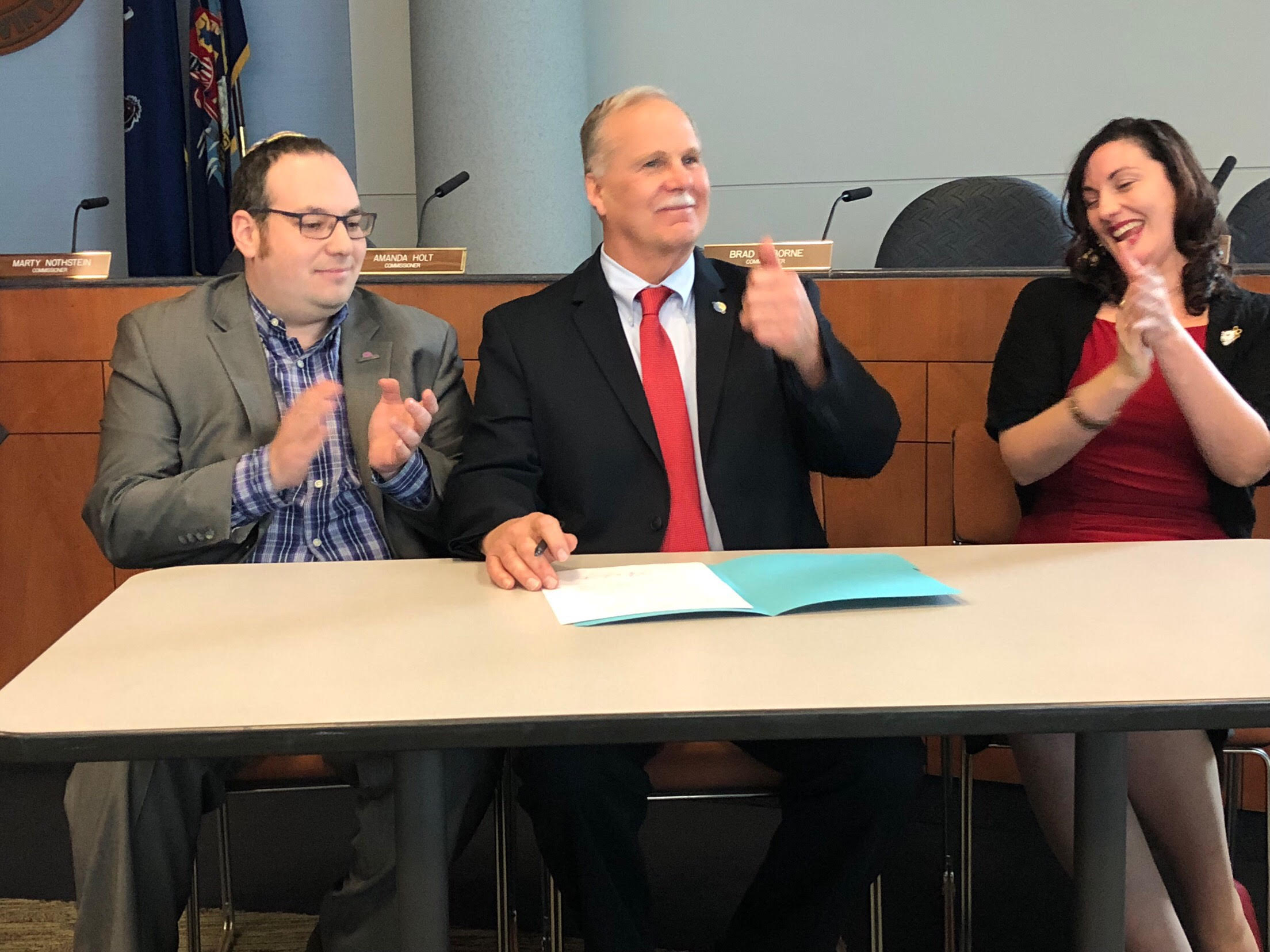 The orders will ensure the county holds vendors accountable to high standards of equal protection under the law as well as expanding the county’s antidiscrimination language for county employees.

The first order specifically updates the counties equal employment opportunity clause to align it more with state language. It now includes the terminology “gender identity” and “gender expression,” terms not included prior to the order.

“It’s an effort to modernize the county’s employment policies to include protected classes,” said Joshua Siegel, a spokesperson for the Lehigh Office of the County Executive.

The Equal Employment Opportunity policy now includes gender identity and expression in the policy, alongside the prohibition of discrimination based on race, color, religion, gender, national origin, age, political affiliation and disability.

The second administrative order updates the contract compliance process to ensure those who receive contracts from the county are also following a similar standard of ethical behavior. When awarding contracts or grants, county employees cannot discriminate based on sexual orientation, gender identity or expression.

“We want to ensure that the county is rewarding firms that have the best employment practices and protect their employees,” Siegel said.

“This administration is committed to promoting the prosperity and economic growth of all business and citizens of the county of Lehigh, regardless of race, color, gender, national origin, age, political affiliation, sexual orientation, gender identity or expression or disability,” the administrative notice from Lehigh County Executive Phillip Armstrong reads.

Armstrong was recently elected the county executive and was inaugurated in January. This is one of Armstrong’s first major acts in his position.

Under the administrative order, Armstrong declared that anyone under his jurisdiction is to ensure there is no discrimination when it comes to the awarding, selecting or performance of contracts or grants issued by Lehigh County departments, offices and bureaus.

“In Lehigh County, we will never fail to meet our obligation to be a safe and accepting work environment for everyone,” Armstrong said. “These administrative orders will further signify that we are an ally in the struggle for equal rights and equal protection.”

“While the good news is that nondiscrimination is the law in the cities of Allentown or Bethlehem, the need for these administrative notifications is great,” Shanker said.

Shanker, who was present at Wednesday’s ceremonial signing of the executive order, cited that 70 percent of Pennsylvanians live in municipalities with no protections on the job or in housing related to their sexual orientation or gender identity.

“The messages are clear: If you work for Lehigh County, you will be judged on your job performance, your efficiency, your effectiveness at what you do — not your sexual orientation or your gender identity — and if you are a business or nonprofit that receives county dollars through grants or contracts, you may not discriminate against your employees based on whom they love or how they identify their gender,” he said.

“Lehigh has had a huge number of LGBT victories over the years from municipal nondiscrimination to the ban of conversion therapy,” added Shanker. “All of us at the Bradbury-Sullivan LGBT Community Center are incredibly proud of [Armstrong] and grateful he is taking such a strong stand for equality.”