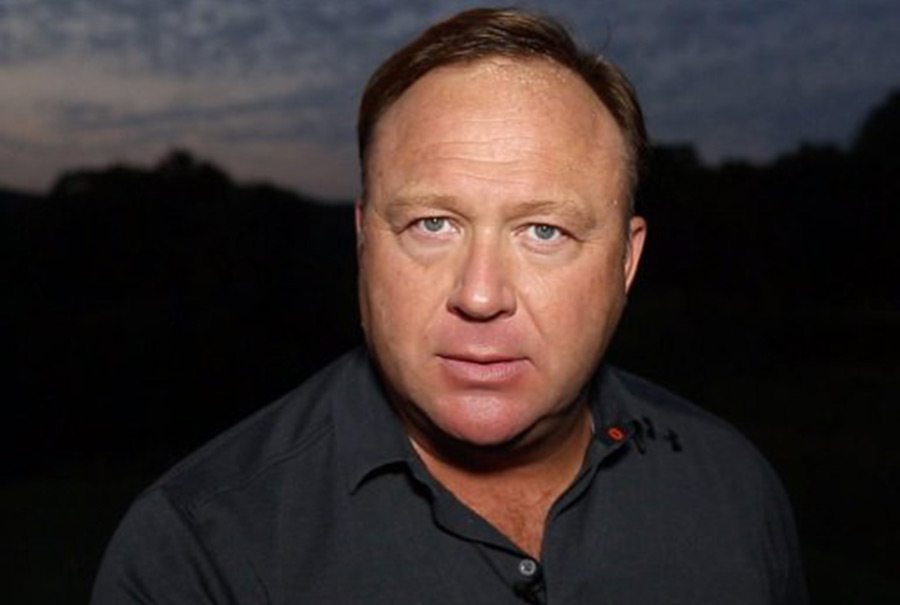 Alex Jones of the conspiracy-laden, right-wing echo chamber that is Infowars took a closer look at the so-called Women’s March on the Jan. 22 episode of “The Alex Jones Show.” What he found will shock you: litter(ally).

After ranting about the evils of soy lattes (“women who drink them can’t get pregnant,” he said, Jones refers to an image of attendees at the LA Women’s March standing with signs that read things like, “Reclaiming my time” and “Trump Lies.” Some of the women are wearing the pink-knitted “pussy” hats.

“Just look at these people. They look like people escaped out of a mental institution,” Jones said, making me wonder if he’s ever seen “The Alex Jones Show.” He then calls them “a bunch of dirty pigs.”

Jones and his correspondent, Millie Weaver, were beside themselves about the empty Starbucks cups littering the march site. And they have a point! Littering is wrong. So the moral is, “Pick up after yourselves!” Got it. Liberals owned. So we’re done here, right? Ha, no.

Jones went on to say that the Women’s March litter means that Los Angeles is turning into Haiti, which he describes as “deforested and a hell hole,” adding that “their national religion is devil worship.” This is a totally logical conclusion to an argument that ladies shouldn’t throw cups on the ground. He’s definitely a very stable genius.

“The gay community … on average, they have the highest level of suicide globally of any group,” Jones said, which is not untrue. The suicide rate for LGBT people is alarmingly high.

And by “that community,” he means the gay community.

“I’ve witnessed it for myself,” Jones said. “I’ve had friends, family, neighbors that are gay. You go to their party, they’re being meaner than hell to each other.”

And what did Jones mean when he said, “You go to their party?” What gay people are inviting this man to their parties?

“A lot of gay people are really mean,” he lamented.

I’m not sure what he means by “highest level of abusing each other.” If he’s talking about domestic violence, then, yes, that’s an actual problem that exists in some lesbian relationships. But it also exists, at a much higher rate, in heterosexual relationships, and Jones doesn’t seem concerned about that.

Is it true that some gays treat other gays terribly? Well, yes. Of course. Because gays are human and some humans are trash (see: Alex Jones).

And there are definitely some killer queens out there with razor-sharp wits and lashing tongues. But I’d argue the external obstacles gays face play a much larger role in suicide rates than some queen dishing out devastating reads at the bar.

I can’t help but think Jones has been binge-watching too much “RuPaul’s Drag Race.”

But if he truly is so concerned about gays committing suicide, I’m sure he’d be more than happy to donate some of his vitamin-supplement money to The Trevor Project (thetrevorproject.org).