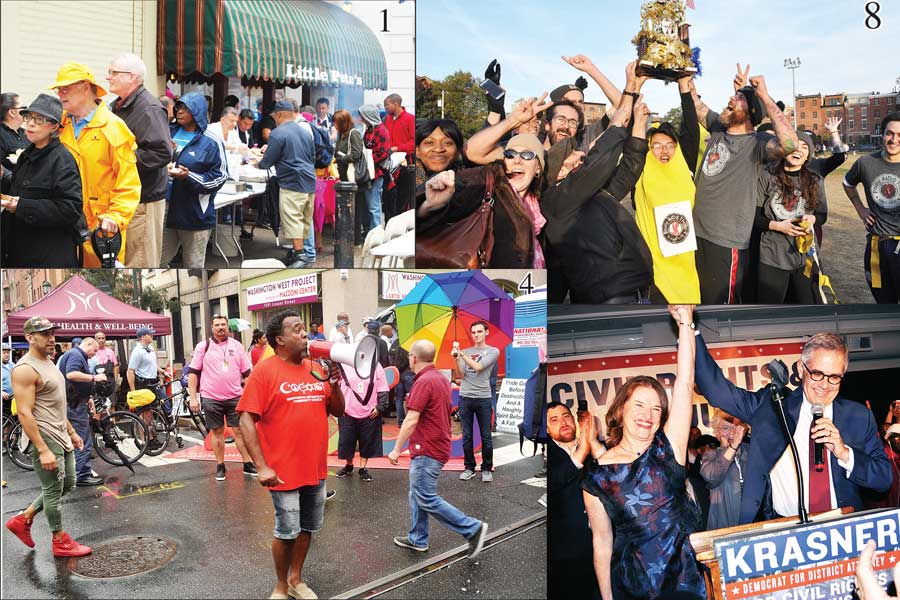 When the favorite photos feature began, we had just enough to find ten really good ones and a few runners-up. Each photo had its own story on why it made the cut and some personal input on the backstory to each one. Subsequent years gave us tons of pics: marriage equality, the DNC, Pulse and other high-profile moments. There are always more than enough to choose from.

This year, the biggest news photographically was the seemingly nonstop protests. It made sense to collect our favorite protest/protester photos up front and start with those representing all of our worst fears and nightmares. The pictures below show the diversity of crowds, locations, themes, times of day and times of the year.

We protested Trump. We protested cuts to the ACA. On Tuesdays, we protested Toomey. We protested bathroom bills, environmental piracy, senators, judges, North Carolina, an anti-trans bus, women’s rights, children’s health coverage, antigay politicians, and a whole simmering melting pot of issues. In cold weather and warm, at City Hall and the Municipal Service Building, days, nights and over lunch hours: We filled plazas, disrupted traffic and waved hundreds, if not thousands, of signs and marched.

Below are also other moments that help remind us that while the country is crumbling under the weight of politicians paid for by Russians, the NRA and energy companies, there’s still a lot of other cool things happening in and around Philadelphia.