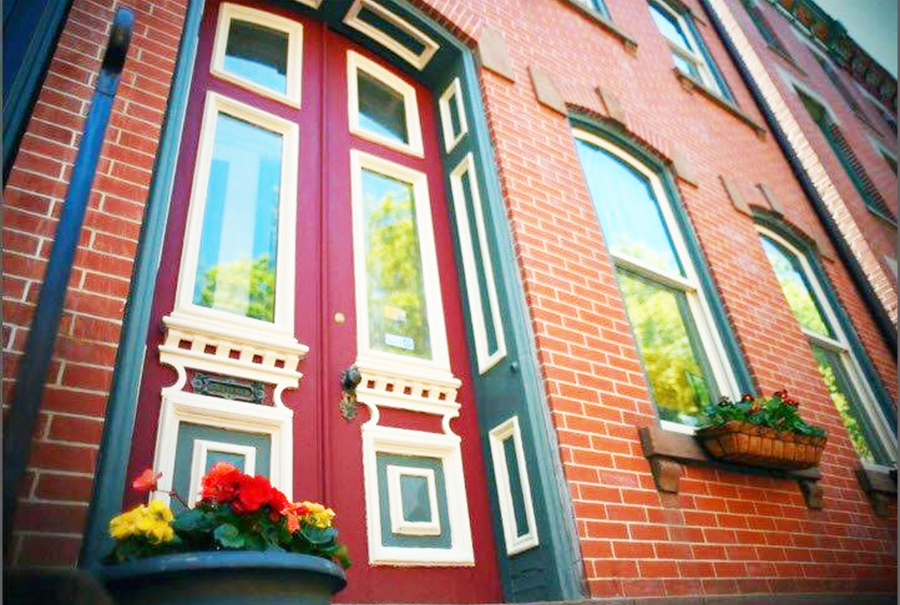 Gregory Rollins moved to Mill Hill, a neighborhood of Trenton, N.J., with his partner in August. The out community member noted the differences between his former residence and his new one.

“When I lived in Princeton for seven years, we only knew one neighbor. We waved to people across the driveway but we never really had conversations,” Rollins said. “[In Mill Hill], I have met at least 30 or 40 neighbors. I’ve been in 10 neighbors’ homes already in the matter of a couple of months.”

Rollins will display similar hospitality when he welcomes visitors of the neighborhood into his three-bay, three-story rowhouse during the Mill Hill Holiday House Tour. The Dec. 2 event will showcase nearly 20 homes and churches dating back to the 1800s. Some homes, including Rollins’, will be on the tour for the first time during the 51st-annual event.

Event attendees will begin the tour at Artworks and go on to view different homes in the neighborhood, including the Douglass House, where George Washington stayed during the Second Battle of Trenton. As participants tour Mill Hill, ticket-holders can enjoy music from the Trenton Children’s Chorus, the Rancocas Valley Regional High School Chamber Choir, violinist Ann Marie Pocklembo and the Trenton Capital Singers. Several vendors, including the Humpty Dumplings food truck, will greet attendees on Market Street Plaza.

Rollins noted that, when they moved in, his Mill Hill home had what he called “ugly wallpaper” that the couple intended to take down. However, the home’s developer joked that he would “cry” if Rollins did so, since the textured wall-coverings, called anaglypta, were made by a company that went out of business at the turn of the 20th century. “It is rare to find a house with all of the anaglypta intact,” Rollins noted.

“The architectural details that these homes have, each one is a museum unto itself,” Rollins said.

That idea is explored with the tour’s theme, “Attention to Detail,” added House Tour chairperson Grant Mech. The tour will highlight architectural nuances on roofs, windows, stonework and other less-apparent elements like carriage stoops, he said.

“We’re really trying to draw people’s eyes to many of the architectural features of the home — things that, if you’re driving by, you may not look at.”

Mech has lived in Mill Hill for three years. He said Trenton is an “overlooked city,” whose close proximity to other urban areas and thriving neighborhoods like Mill Hill make it attractive to homebuyers.

“Before moving there, I would not have given the city a second glance, but it’s a gorgeous neighborhood and it’s a neighborhood that’s connected to both New York and Philadelphia both by transit and by distance.”

“When I was house-hunting, I didn’t know that I could expect to find such a diverse community,” Mech said, adding that it’s home to a broad population of LGBT and racial identities.

“There’s something so natural about it,” he added. “Mill Hill is a neighborhood where people will greet you on the street if they don’t know you.”

Mech said he is looking forward to meeting visitors on the tour who have never experienced Mill Hill.

“This is a great way to absorb the holiday spirit. There’s a lot of hustle and bustle and homes are decorated really well. I think it’s a really great way to enjoy the spirit of the holidays — whatever holiday people celebrate — and feel the energy and the buzz around it.”

The Mill Hill Holiday House Tour will run noon-5 p.m. Dec. 2. Advanced tickets can be purchased at a discounted rate through trentonmillhill.org.