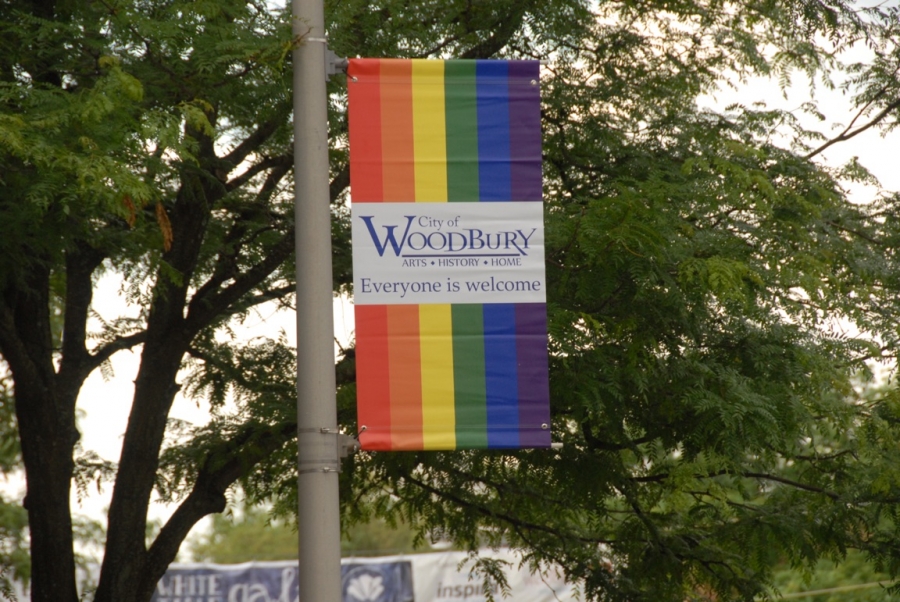 “Education and visibility are the keys to equity in any environment,” said Tony Doran, president of Woodbury Community Pride.

Both are goals of the Pride group, which formed this spring and, in the last few months, has helped usher in impressive inroads for LGBT equality in the South Jersey town.

“I put it that we need to build the resume of the city,” Doran recalled telling Mayor Jessica Floyd at an initial meeting earlier this year about building a foundation to promote LGBT progress in Woodbury. “We can’t just open our doors and say, ‘We love LGBTQ people.’ We want LGBTQ people to come here, open businesses in an area where they know they’ll be accepted, they’ll be safe and they can be a real part of the community.”

Efforts like the police-liaison program are key to such messaging, he noted.

“Having a police liaison lets people know that, if there is a problem, there’s someone there to address it and that there are people within the department who understand them and relate to the community.”

Ryan volunteered to serve as a liaison, as did Captain Kelli Marro.

“The next thing I know, it’s on their website, they made up a logo. It was amazing,” Doran said.

The response from the entire Woodbury community has been encouraging, noted Doran, a government contractor who is pursuing his MBA at Rutgers University. He grew up in Woodbury, moved away for 25 years and came back in 2015.

LGBT acceptance wasn’t a topic much addressed in the town in the ’90s, Doran noted, but when he launched Woodbury Community Pride in April, he was pleasantly surprised by the warm welcome.

“We started off as a way to promote social acceptance and economic development, and it really just took off,” he said. “Our business owners, citizens and leadership in Woodbury have been more than ready to help.”

The group staged a number of events to commemorate Pride Month in June, during which the town unfurled rainbow banners on Broad Street. Town officials issued a Pride proclamation, and county, state and federal representatives also followed suit. 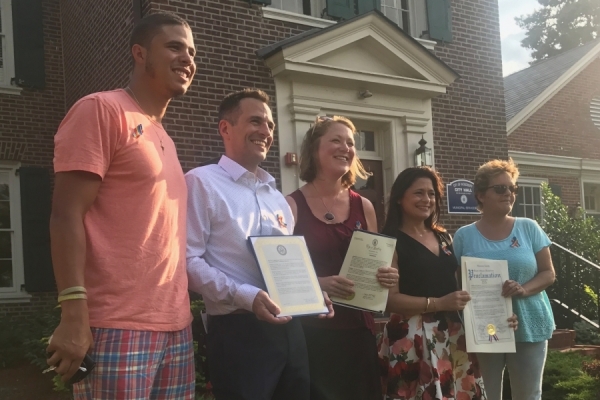 The city conducted diversity training for employees, and Doran said more are expected in the future.

Newer businesses like Tiki Tiki Board Games and Eight & Sand have jumped in to host WCP events, and longtime community staples like Edward’s Hairstyling and the law office of Michael Romano have also been strong supporters. Doran said Romano and WCP plan to work together for a program on transgender rights.

Economic development will also be an aim of the group, with future sessions led by LGBT business owners about making town businesses more inclusive. The group also just applied for a grant to stage an event next LGBT History Month in partnership with the Woodbury Public Library.

“We’re fully immersed with the community in all aspects: education, business, legal,” Doran said. “We just want to keep on that path of making people aware, being visible and working with the city.

“I could not be more proud of my little hometown,” he added. “It’s such a small town and these people are your family. They taught me everything I knew about what a community is and how to treat people in a community, so it’s great to come back and have the opportunity to pay it forward and hope we can make a better life for everybody. Seeing the good that we’re doing taking hold is just amazing.”