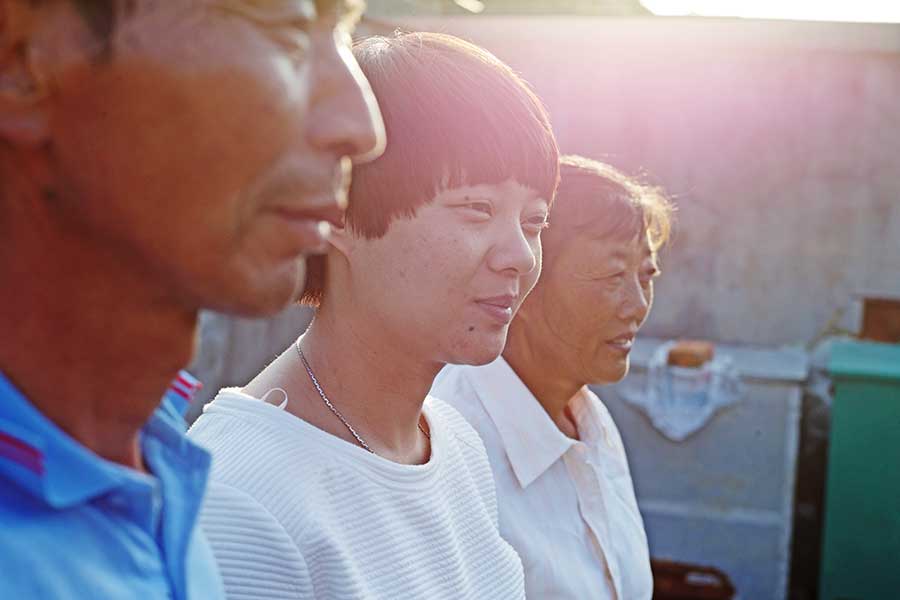 The Lightbox Film Center (formerly International House) is offering viewers a peek “Inside the Chinese Closet” later this month.

This interesting documentary, directed by Sophia Luvara, profiles two queer subjects, Andy and Cherry, in Shanghai. The film is not an exposé, nor it is comprehensive; Luvara is focusing on the pressures Andy and Cherry (and by extension, other queer people like them) face regarding getting married and having children.

There are a few brief scenes of Cherry dining out with her friends, or Andy at clubs or in a karaoke bar, that show them forming their own “families” in the LGBT community. However, most of the film depicts the issues of Andy and Cherry creating fake families for the sake of their parents.

Andy, an architect, identifies as a bear. His father knows Andy is gay, but he is pressuring his son to get married to a lesbian and have children. “You should take care of this thing,” dad tells his son over the phone in the film’s opening scenes.

Andy feels obligated to fulfill his father’s wishes even though he understands the fake marriage and real kid is “for show.” “Inside the Chinese Closet” depicts Andy’s efforts to attend a fake marriage market — a fascinating and all-too-short sequence — in the hopes of finding a lesbian who will become a close friend and help him achieve this goal. A subsequent date with a woman who may be a prospective bride and mother has them negotiating expectations of Andy’s parents, childcare and even the baby’s surname.

Such scenes reveal the complexity of legal, cultural and social issues that are entangled in fake marriage arrangements. Andy, who is quite affable in his interviews with the filmmaker, seems to be struggling under the burden of pleasing his family. While it is mostly implied, in his efforts to make his father happy, Andy is sacrificing his own happiness. This is a powerful message, albeit obliquely told.

The film’s other subject, Cherry, is a lesbian who is being pressured to adopt a child. She is already “fake married,” and trying to get divorced so she can have sole custody rights to her child when she does adopt. A baby is important, as her parents explain that they had Cherry so she will take care of them as they age; they want her to have a child so someone will care for their daughter in her dotage. Her family is looking at hospitals and costs for adoption, while Cherry is concerned mostly about the baby’s health. There are also discussions about what gender baby to adopt, given that “having a girl is OK now; before it wasn’t.” This sign of how attitudes have changed in China gives hope that homosexuality will also be more accepted over time.

Cherry may be confident in the big city where she lives, dining out with friends and negotiating a kiss from her girlfriend on a date in a café. (The scene is nicely shot in silhouette, which adds to the taboo of same-sex affection in public.) However, when she returns to her parents’ village, Cherry recounts how difficult her life has been in the village. Her first girlfriend got her expelled from school. Her close-minded village neighbors, who are not open to change, continue to express concern to Cherry’s parents that their daughter may be married, but she is childless. Cherry’s traditional father is not aware of his daughter’s sexuality, although her mother is. There is a sense that children must protect their parents from the truth; parents cannot deal well with gay children.

As such, one of the key points of Luvara’s film is that when the kids come out of the closet, parents “go into the closet,” meaning that the families must protect their reputations since homosexuality is not widely accepted in China. This is a key point that could have been developed further. The stigma towards LGBT people in China is indirectly addressed, but palpable nonetheless.

Luvara also features a few scenes that touch on LGBT issues in China without exploring them in much depth. One sequence has a psychiatrist counseling a woman who is hoping to like men again; another scene has a mother talking about getting a new member in a gay parent-support group; a few subjects in the film discuss HIV, which they say comes up in LGBT Google searches.

While “Inside the Chinese Closet” raises these issues, it also raises many questions, which makes it somewhat unsatisfying. Luvara obviously has compassion for her subjects, but this slight film seems to only scratch the surface of the pressures lesbians and gay men face in China.