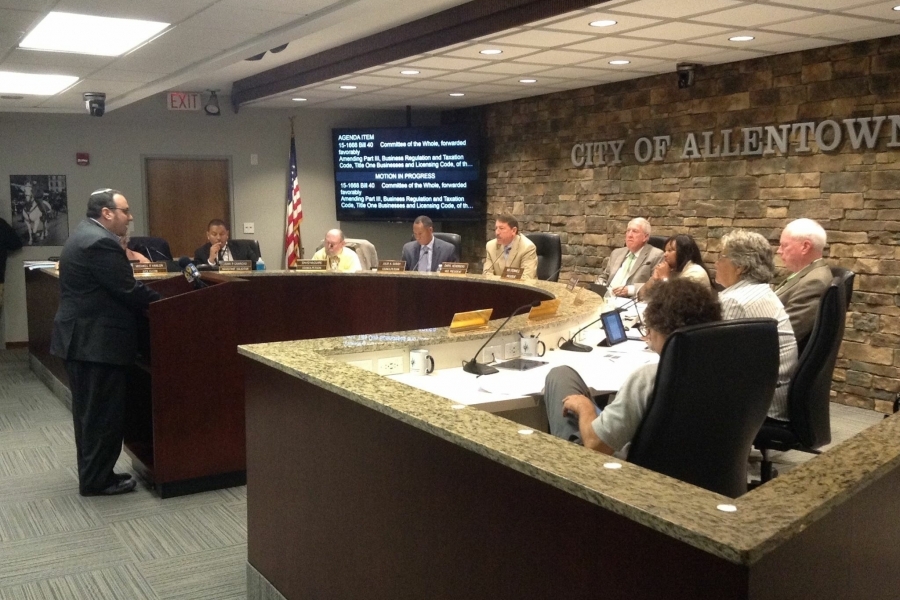 A bill to ban conversion therapy for minors unanimously passed Allentown City Council Wednesday night and was expected to be signed into law on Thursday.

The legislation was introduced last month and unanimously advanced out of committee July 12 before coming before the full Council. Allentown joins 19 other U.S. cities that have banned sexual orientation-change efforts for minors, a practice that has been discredited by every leading medical and mental-health organization. Pittsburgh became the first city in the state to ban conversion therapy last year, and Philadelphia adopted its own  ban earlier this summer, which awaits the mayor’s signature.

The Allentown legislation was drafted by National Center for Lesbian Rights and Jerner & Palmer P.C., who told PGN last month that they envisioned the bill as a model for other smaller cities.

The legislation prohibits licensed mental-health providers in Allentown from administering efforts to change a minor’s sexual orientation. Those found to be in violation of the ordinance would have their business licenses revoked. The measure also establishes a board to consider appeals from providers whose licenses were revoked.

The legislation was proposed by Bradbury-Sullivan LGBT Community Center.

“Today is a proud day for Allentown’s LGBT community to be able to witness the final passage, with unanimous support from City Council and the mayor, of this important legislation that protects LGBT youth from so-called ‘conversion therapy,'” said Bradbury-Sullivan LGBT Community Center Executive Director Adrian Shanker. “LGBT youth are fine just the way they are. Bradbury-Sullivan LGBT Community Center is committed to seeing an end to conversion therapy in the Lehigh Valley to ensure that LGBT youth receive high-quality health care, not junk science, from mental-health professionals in Allentown.”