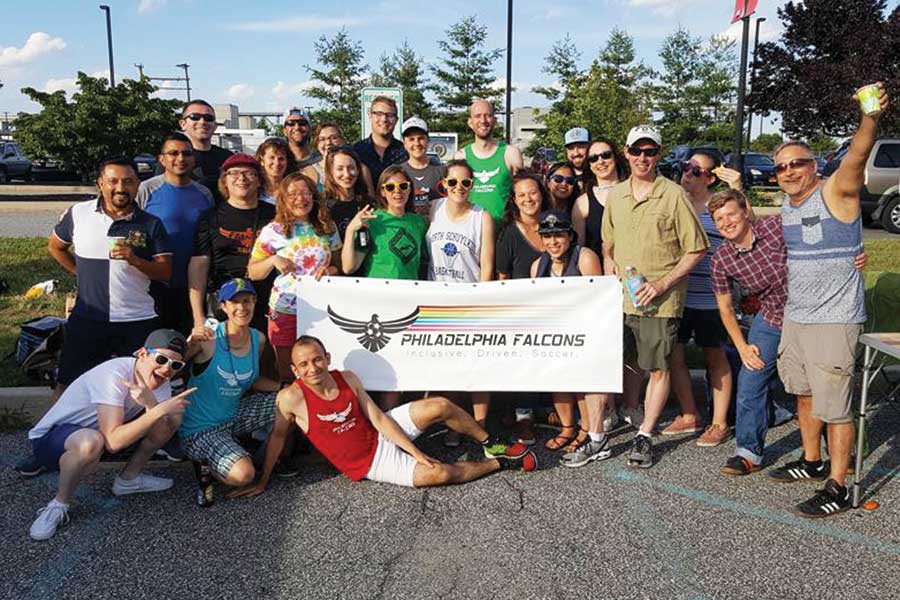 The quadrennial Gay Games are in Paris next year and it’s closing in as local groups are ramping up. Fundraisers are being held, registrations are underway and reservations are being made as the Philadelphia Freedom Team gears up for another international event.

To aid with and formally kick off the games locally, a Gay Games XI representative from Paris will be in town July 27 to stimulate some enthusiasm and bring a soupçon of gay Paris right here to the City of Brotherly Love. A kickoff event from 6-9 p.m. at Boxers will include raffled prizes, giveaways, drink specials and a rousing time.

There’s a new game slated for the Paris party: petanque. Think bocce and you’re darned close. If you’re not so athletic but always wanted to compete in an Olympics (oh, excuse me — Games — since the Olympic committee went to court to keep us gays from soiling their word), then look into petanque. Three-person teams, tossing small balls near each other — how tough could it be?

Meanwhile, the host committee is sea-hopping to inspect sites and get detailed information in preparation for the 2022 Games vote that will happen during the event in Paris. The short list for 2022 is Guadalajara, Mexico; Hong Kong, China; and Washington, D.C. Imagine in five years being able to hop the train or bus or driving down to D.C. to compete in an international LGBT sporting event — and returning home that night!

If you’re pretty certain you’re competing next year, registering early has never been more valuable. As the months go on, the registration costs increase. The next deadlines for discounted rates are Sept. 30/2,000 people. In other words, when either of those criteria is met, that special price closes.

For more information, to register or to view the complete list of sports for next year, visit www.paris2018.com.

In the meantime, get out and play!

Starting off the month of July (June 30, to be exact) is the annual Fourth of July weekend Liberty Belle Invitational bowling tournament. Now in its 28th year, the Philadelphia Gay Bowling League hosts teams from around the country participating in one of the original and widely recognized bowling tournament events.

It’s a mite late to sign up, but if you’re curious about the league itself, you can always check out Laurel Lanes in New Jersey on the weekend. Meetups are at Stir Lounge, ICandy and U Bar, Friday, Saturday and Sunday, respectively, and the banquet cruise is Sunday night on the Spirit of Philadelphia, which concludes with fireworks on the river.

Information for any of the tournament events can be culled from libertybelle.org and info on the local league itself is at www.facebook.com/PhillyGayBowlingLeague/.

This tournament pulls between 60-100 players every year from around the world. You must be registered and paid by July 12 to participate; philadelphialibertytennis.org for more information.