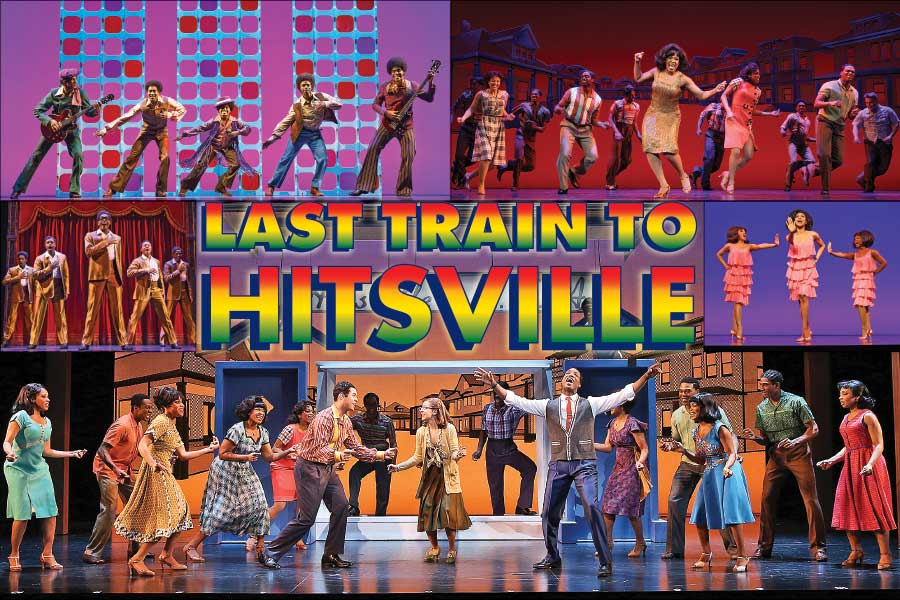 After a bestselling run that broke box-office records in Philadelphia a few years ago, Broadway Philadelphia is bringing back “Motown: The Musical” May 30-June 11 at the Academy of Music at the Kimmel Center.

The musical is the true story of the legendary record label founded by music mogul Berry Gordy that was the launching pad for pop and R&B music icons like Diana Ross, Michael Jackson, Stevie Wonder, Marvin Gaye, The Temptations and many, many more.

Out ensemble cast member Matthew Sims Jr. said that the show strikes a balance between telling the label’s story and raising the roof with live performances of classic and timeless hits.

“It does give you a lot of the music,” Sims said. “It doesn’t give you everything but it also tells the story of the process Motown used to produce so many great hits. It goes into how some of the stars came to be, who they were and also the relationship between Berry Gordy and Diana [Ross].”

Sims added he’s excited to be part of a show that is carrying the torch of the label’s history.

“My parents grew up during this time so these are songs I’d hear in the house while we were cleaning up on the weekends,” he said. “And Motown is everywhere. Everybody loves Motown. I’ve never heard anyone say, ‘Oh, I hate Motown music.’ The fact that I’m able to be a part of it and portray the real people’s lives is very exciting for me. It covers the ’50s and ’60s in the beginning but it goes into the ’80s as well. It’s got The Supremes, Mary Wells, Stevie Wonder, Rick James, of course The Temptations, The Four Tops, The Jackson 5 and Diana Ross.”

Adding to the excitement of performing Motown hits is getting to wear the colorful throwback threads of the era that performers wore on stage.

“Oh, yes, I love putting on the Stevie Wonder costume because I kind of look like him,” Sims said. “When you put on these costumes, you feel like these people. It’s an amazing feeling.”

For those of you who weren’t around at the time, Motown was a machine and if you were an artist on the label, you went through an intense regiment of grooming, dance and singing classes, as well as a rigorous performance schedule that sometimes had the artists doing two or three shows a night.

Sims said the popularity and schedule of “Motown: The Musical” means he can sympathize with the performers.

“It is kind of difficult on those two-show days,” he said. “But something about the music kicks in and then it’s like, ‘OK, let’s do it!’ You get a sense of the determination and drive that these people had just to become artists and be known. Someone could come off the street as a regular kid and walk out a star. That’s the mentality that they had. Berry Gordy could make them a star. He would take it personally that if he signed someone he would make them a star. And if he couldn’t, it wasn’t their fault, it was his. So in order for them to work with him, they had to have talent, drive and determination. You can see that in this story.”

As a floating cast member, Sims has a number of roles he is responsible for knowing at any given time — which can be tough to remember day to day.

“Today I could be a Temptation and tomorrow I can be a Top,” he said.

It’s OK. Go ahead. We snickered a bit too … on the inside.

“They are part of the show that actors do together. Sometimes I’m on stage like, ‘Who am I today?’ I can be six different people and they can be somewhere different on the stage at different times. Sometimes I do have to sit down and breathe and say, ‘OK, this is what I’m doing today.’ Sometimes I could not go on for a few weeks, so it’s rusty to me. But someone just hurt their knee doing a slide in the show so you have to jump on now. It’s just remembering who I am, what they have to do, what parts they sing and what choreography they do. Those are the things that are challenging but it’s also a rush.”

Naturally, the audience has plenty of people coming to the performances who remember those bygone days in which Motown artists dominated the airwaves.

“We do get a lot of people who grew up during that time,” Sims said. “Sometimes I sit in the audience and watch the show and it’s just beautiful how these people remember these songs. I’ll talk to some during intermission and they’ll be like, ‘I remember this and that.’ We get a lot of young people too because we do things with the schools teaching dance classes and events with young people and aspiring artists. They do know about Motown.”

Sims added that some of the classic Motown artists who are still around today have been known to show up in the audience.

“You’ll see them with Berry Gordy and it’s still like a family,” he said. “They see the show, they talk to us and we get to meet them.”

And thank goodness. These younger generations need to recognize that Motown was the blueprint for a lot of today’s stars. Without The Supremes and Diana Ross, there would be no Destiny’s Child and Beyoncé. Without The Temptations, there’s no The Jackson 5, New Edition, *NSYNC, Backstreet Boys, Michael Jackson, Justin Timberlake or Bobby Brown. Never mind that the Motown story directly inspired popular stage and TV shows like “Dreamgirls” and, less directly, “Empire.”

“I could see if people saw that and somewhere they tie in to each other,” Sims said of the connections of the musical to those modern shows. “But I also think that Motown being Motown and the artists that came from it … I mean, who doesn’t know Michael Jackson? Knowing that they came from there, I think Motown stands on its own already.”