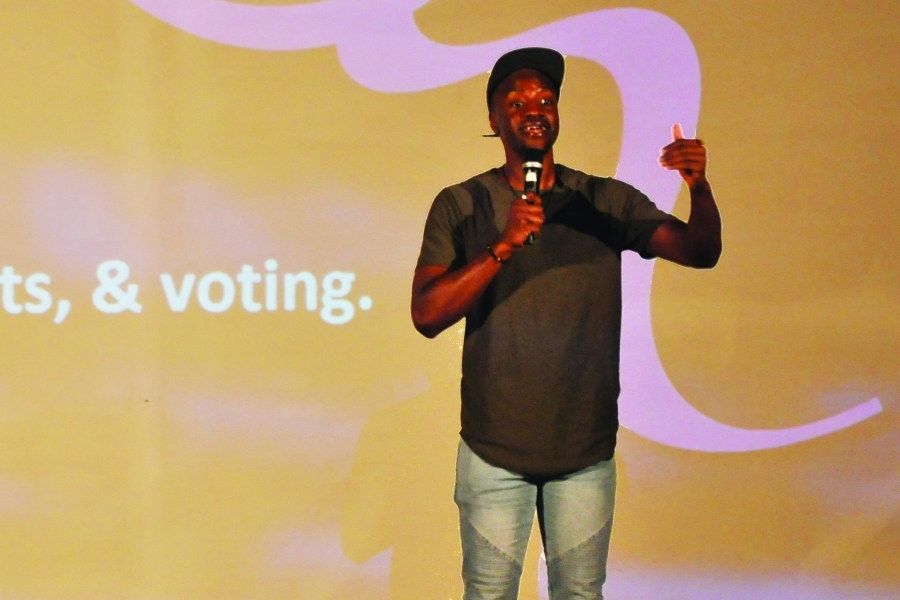 The recent qFLIX film festival included a better-than-average selection of documentaries crossing decades, genders, cultures and content. What is especially rewarding with docs is the substantial educational value they can bring. We sometimes think that we know about something simply because we know of it. To the contrary, these documentaries show how much we don’t know.

The judges and audiences split on the best-documentary prize this year, awarding both “Lavender Rage,” the story of the Eisenhower/McCarthy years of LGBT witch-hunting, and “Freedom to Marry,” detailing the decades-long struggle for marriage equality — which, even though you know the ending, is still an amazing tale.

The latter takes its name from the organization that spearheaded the state-by-state battle leading to equality on June 26, 2015. The film includes original interviews from states as the issue was being debated and decided in the years leading up to the national fight. The emotional struggles of the LGBT people involved are sometimes heartbreaking, even though we know already that they will succeed. On the dark side, sometimes watching the hate groups protesting is angering and nauseating enough to make you want to smack someone.

Its polar opposite, “Lavender Rage,” focuses on what is possibly the worst time period in this country for people who were gay or lesbian. (There was no term “transgender” in the 1950s. For the story on the first widely recognized transgender woman, see “The Christine Jorgenson Story.”) The director talks to people who were in the military, postal service, the state department and numerous other government agencies for new first-hand recollections from victims and persecutors alike. There are so few of the thousands fired to talk to; many committed suicide — one man on the street in front of where he had just been fired — and most others faded into obscurity with new jobs to protect their secret.

(Fast film facts: Eisenhower signed an executive order barring homosexuals from working in the federal government in 1953, Clinton prohibited discrimination based on sexual orientation in 1998 and, on Jan. 9, 2017, Secretary of State John Kerry formally apologized for the discrimination of the ’50s and ’60s. And 15 days later, President Trump had the apology removed from the state department website.)

Other films included “Small Town Rage,” the story of the AIDS epidemic in a small-town setting: Shreveport, La.; and the short film “Bayard and Me,” the story of Rustin from photos, news clippings and interviews with his partner Walter Naegle. Sadly, “Upstairs Inferno,” the documentary on the 1973 mass-murder arson in New Orleans, was unavailable at the last minute.

But not all documentaries are serious.

“A Tough Act to Follow” is about the 15-year journey and some performance clips of one of the first out gay black comics, Sampson McCormick. “The Untold Tales of Armistead Maupin” interviews the prolific writer as well as Olympia Dukakis and others with revealing insights on Maupin’s transgender character Mrs. Madrigal — one of the first humanized transgender characters.

My personal favorite documentary this year was “Kiki.” Yes, “Let’s have a kiki” had its origins here. A kiki is a subset of the ballroom scene, which, in itself, was explored 25 years ago in “Paris is Burning.” It is composed mainly of younger members of the black and brown LGBTQ communities. If you’re not familiar with ballroom and its resonance as family and celebration, briefly, it’s a way for young people to learn responsibility, leadership and competitiveness in a supportive setting, and HIV prevention is a regular facet of a kiki. Just as importantly, kikis are enjoyable and very much create a welcoming community.

Documentaries are not always a first choice when deciding to buy, rent or stream something to watch, this is true. But our community, all of us, can learn something about ourselves, our sisters and brothers, our past, our struggles, our successes and our pain and joys by dedicating an hour watching an occasional doc. And the more we are out there, the more stories there will be to tell — and be told.