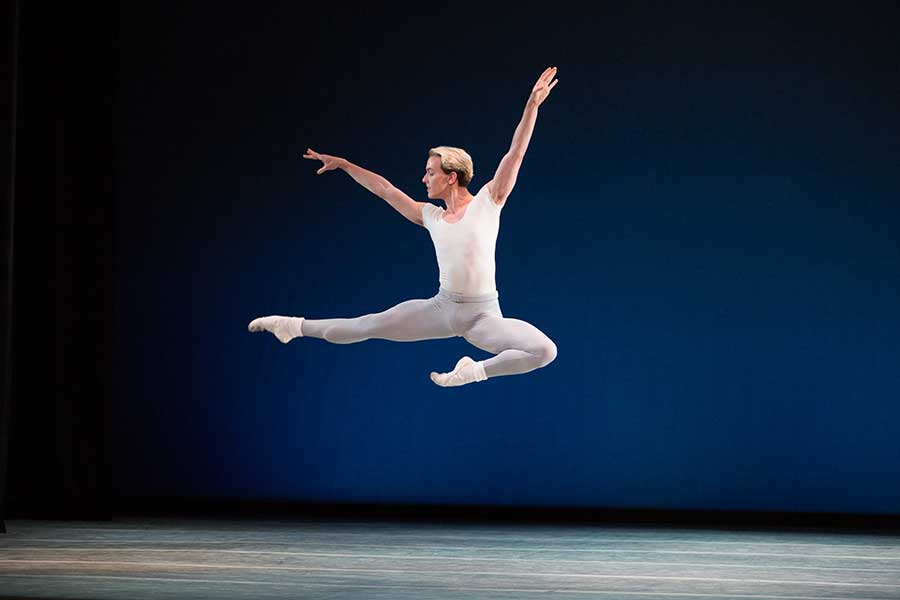 A lot of dancers begin their creeds being gypsies. They start with school — if they’re lucky, they have one in or near their hometown — and then there are usually transfers to larger or more prestigious schools elsewhere. Then, of course, there is the search for work. Sometimes dancers sign on for short-term gigs with a series of companies domestically or internationally in search of a good fit both personally and artistically.

That was when Monaco began his formal training. He soon began training at the Ruth Page School of Dance, and also became a member of the Civic Ballet of Chicago.

That may seem a bit young to begin dancing professionally, but it’s not as unusual as it sounds. Young males are always at a premium in ballet and, if they’re talented, tend to be snapped up quickly. So, for the remainder of his time as a student, Monaco attended programs at Miami City Ballet, the Pacific Northwest Ballet and the American Ballet Theatre.

He was hired by the Pennsylvania Ballet in 2011 and in short order Monaco realized he had found a professional home. He was promoted to the Corps de Ballet in 2014, and he marks his sixth season with PA Ballet by dancing a prominent role in the company’s current production of “Le Corsaire.”

The production is described s something of a “romp” reminiscent in spirit of those lighthearted adventure movies of the 1930s featuring Errol Flynn and Tyrone Power, with pirates and slave girls and romance and derring-do.

“I play the villain,” Monaco admitted proudly. “Well, not really the villain, but certainly one of the bad guys. I play one of the owners of the slave girls that require rescuing. So I get to have fun sparring with the hero.”

Throughout his still-young career, Monaco (as is the case with most ballet dancers) has had the opportunity to recreate some of the classic dances by George Balanchine and other choreographers. Then there are chances to work with the original choreographers of a piece like the upcoming world premieres by Nicolo Fonte and Matthew Neenan, and to work with Artistic Director Angel Corella in his staging of “Le Corsaire.” While he enjoys both approaches, it’s special when the choreographer allows some creative input from his dancers.

For the time being, Monaco is happy to have left his days of gypsy wandering behind him. He has a creatively challenging and satisfying career, lives quite happily in Society Hill with his long-term boyfriend and loves this city he now calls home.

And while he treasures the memories and experiences he accumulated in his years on the road, he feels lucky to have found a place to put down some roots.

The Pennsylvania Ballet’s production of “Le Corsaire” plays through March 19 at Kimmel’s Academy of Music, Broad and Locust streets. For more information, call 215-893-1955 or visit paballet.org.