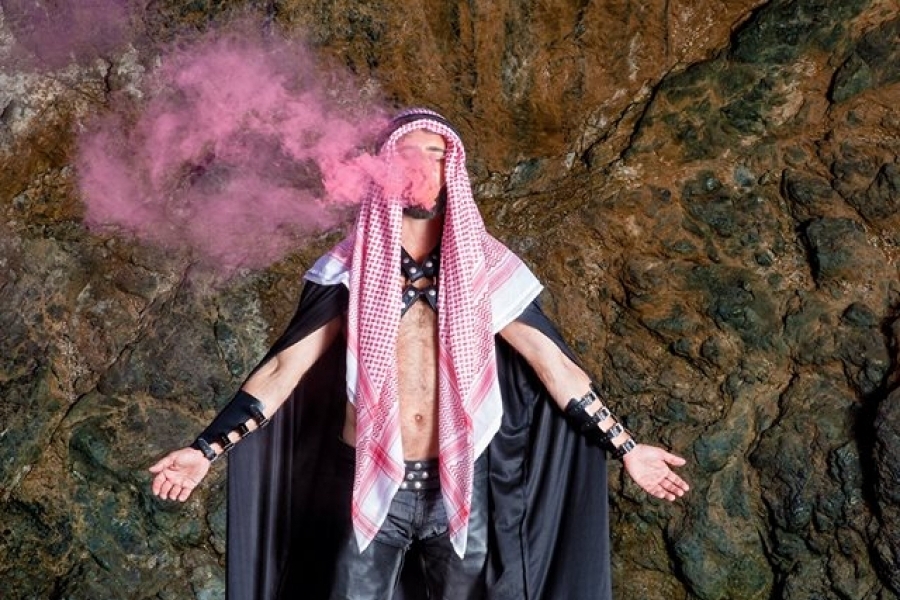 Perception of self is an important component of daily life. It is perhaps one of the most essential factors that guides and influences our ability to function, to interact with the world. And for gay people, queerness often adds many additional layers of meaning and complication to how an individual perceives the world at large and the culture in which our society functions.

This complication often manifests itself in artistic expression, and was the inspirational thought behind the creation of the exhibit “Where We Find Ourselves,” which was created and curated by Jordan Rockford and will be on display at the Gershman Y in Center City through May 12.

The show originated at the Penn State Abington Art Gallery.

“They approached me,” Rockford said about how devised the exhibit. “I was invited to curate a show for the Abington Art Gallery, and the only direction given was that it be an LGBTQ show. I decided to work with this idea of identity, something much on my mind of late.”

Armed with substantial financial support from Penn State, Rockford drew on an extensive network of artists from around the country, all of whom are queer, he stressed. Also, he pointed out, “about two-thirds of these artists are people I’ve worked with before.” Not all of the dozen or so artists involved come from Rockford’s well-stocked Rolodex. Thanks to a close and active national network of queer artists, a good many artists of national note submitted works for the show, ultimately lending the exhibit a distinct national credibility.

While each artist shows a distinct voice, together they form a sort of artistic chorus in the way certain questions are asked or issues are examined.

“Many of them ask questions about becoming your own authentic self,” Rockford said. “They examine the way queer identities form.

After being on display at Penn State for most of February, “Where We Find Ourselves” will spend the bulk of the spring at the Gershman Y, which is the show’s co-sponsor along with primary sponsor University of the Arts. When the Gershman show closes May 12, the exhibit will be dispersed back to the artists.

Rockford plans on attending the show’s opening reception to speak to attendees on the themes explored by the exhibit’s artists.

The opening reception for “Where We Find Ourselves” is at 5:30 p.m. March 22 at the Open Lens Gallery of the Gershman Y, 401 S. Broad St. Admission is free, but pre-registration is requested at gershmany.org.

“Where We Find Ourselves” is on display March 15-May 12. For information about gallery hours and admission, call 215-545-4400 or visit www.gershmany.org.