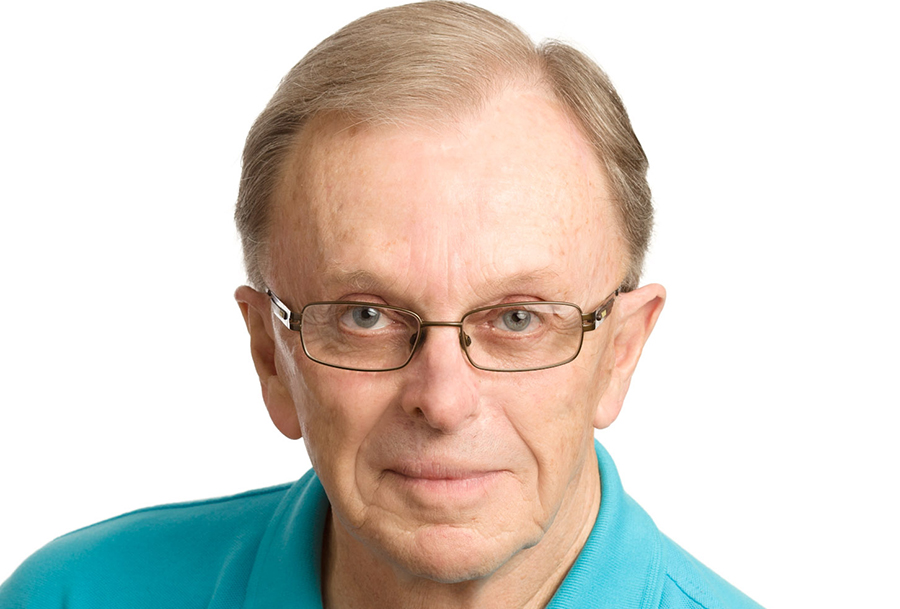 For many people, their memories of their college years are filled with football games, parties and cramming for exams. For others, it’s horrific flashbacks of being stalked on campus, hours of interrogation and questioning, if everyone they interacted with was an investigator. For students and teachers at some of the top universities in the state, this is a part of their history, the harassment of the Johns Committee.

“The Johns Committee left us a legacy of intolerance,” said Jim Schnur, the special collections librarian at University of South Florida-St. Petersburg. “It was just how abhorrent they were, how many lives they attempted to destroy.”

It was 1956 when the state formed the Florida Legislative Investigation Committee, or better known as the Johns Committee, as it was headed by Sen. Charley Johns, a Democrat from Starke, Fla., who had also served as governor for a year-and-a-half.

The country was in the midst of the Red Scare, and the committee was out to find civil-rights activists and integrationists, namely settings its sights on the NAACP. Soon, however, the committee decided to go after a target that wasn’t so strongly represented: LGBT people.

Art Copleston was one of them. Growing up moving from city to city in Florida, he graduated high school in 1950 and joined the Air Force. After serving nearly four years, he used the G.I. Bill to attend the University of Florida; his first day of school was on his 25th birthday in 1957. He had plans to study industrial management and move ahead in life.

However, the Johns Committee tried its best to knock him down. Copleston was “a disastrous closet case” and only told a select few friends at his school that he was gay, knowing they were too.

During a summer semester, he was hanging out with some gay friends at a bar across the street, The Burger House, when a friend leaned in to whisper in his ear.

“One of the gay guys whispered to me that there was a guy sitting at the bar watching me,” he recalled. “My tipster said, ‘I hear that there is some sort of a gay investigation going on by possibly the state officials and maybe this guy is from that group.’”

Copleston said the man was John Tileston, a police officer with the university.

The very next day, the same friend told him he had been pulled from class and interrogated. Being proudly out, he said he was excited to stand up to investigators. A few weeks later, it was Copleston’s turn. He was pulled out of class and met by officers in standard Johns Committee uniforms: light blue with a matching hat, a holster with a pistol and knee-high, shiny black boots. Copleston was thrown in a squad car and taken to an interrogation room in the administration building with covered windows, a table with three wooden chairs, a light bulb dangling from the ceiling and a tape recorder.

This was years before Miranda Rights, and he had no legal representation. For hours, Tileston questioned Copleston about his homosexuality and whom he knew to be gay. He said he refused to give them the answers they wanted. After the interrogation, Copleston noticed that his mail was taking longer to get to him and discovered it was being intercepted by the committee.

Later, he learned his roommate was actually an informant planted by the Johns Committee; one night after a party, the roommate undressed in their dorm and touched himself, coming onto Copleston and asking if he had ever been with a man before. When asked about it later, he proudly admitted he was getting paid by the committee, which helped him with college tuition, Copleston said.

“I never knew where one of the investigators was going to suddenly appear in my daily life. It could be walking down a sidewalk, in a classroom, outside my dorm door, at any time in the day or night. I never knew when they were going to be there watching me,” he said. “That was one of the most debilitating things that came out of this for me. It was exhausting as well as terrifying.”

Copleston said his friends didn’t socialize on campus, out of fear of being seen together. To keep any semblance of a social life, they would escape to Daytona Beach or Jacksonville for the weekend. Even so, he was interrogated two or three more times, he said, including being pulled out of class while he was taking his accounting final exam.

“It was the same crap every time,” he said. “I want people to know what happened.”

Despite the fear and stress, Copleston graduated from the University of Florida with honors and a 3.8 GPA. He immediately left the state.

It wasn’t just students who were targeted; it’s believed 15 professors at the university were also targeted, including Professor Sigismond Diettrich, who served as the esteemed chairman of the geography department. He was called to a hotel in Gainesville for an interrogation, where he discovered a colleague told the committee that Diettrich tapped his foot in the bathroom sometimes, and he believed it was to encourage sexual advances from men.

After the interrogation, Diettrich was so embarrassed and ashamed that he took 85 aspirin pills and attempted to jump out the window of his office building. He didn’t go through with the suicide attempt, but resigned from the university.

“I have lost all I had, all I lived for in my proud vanity,” he said, according to Schnur’s thesis. “If I’ll have to leave my beloved Florida … I shall go forth in humility.”

The committee also set its sights beyond Gainesville, interrogating students and professors at Florida State University and University of South Florida. Oddly enough, it was the committee itself that would be its own downfall. In 1964, the committee published “Homosexuality and Citizenship in Florida,” nicknamed “the purple pamphlet” for its coloring, with the intention of warning the public about the dangers of gays.

In the pamphlet, the committee claimed that 60,000 Floridians were “active homosexuals” with “an insatiable appetite for sexual activities and find special gratification in the recruitment to their ranks of youth.” Finally, the goal was to “keep their hands off our children.”

Reacting to the public outcry that taxpayer money was used to create “state-sponsored pornography,” the committee was not given funding to continue its witch hunt.

“[Johns] asked fellow lawmakers to ‘close the office, lock up the records and save the taxpayers of Florida the remainder of the $155,000 appropriation,’” according to John Howard, author of “Carryin’ on in the Lesbian and Gay South.” “Claiming that the FLIC operated exclusively under the ‘executive session’ provision of the 1885 constitution, the legislature sealed all public records of this agency from inspection until Dec. 31, 2028.”

For nearly three decades, the Johns Committee was buried in history, committee members’ names still remaining on some school buildings to this day. But in 1991, Schnur, the special-collections librarian, would be instrumental in unearthing the truth.

A graduate student at the time, he was working on a thesis on Florida history when he came across the Johns Committee. He requested records on the committee, but discovered 30,000 pages of them were sealed for decades due to an archaic amendment in Florida’s 1885 constitution.

“Long story short, after some battles that took place where a lot of us were very involved, the records were finally opened in July 1993,” Schnur said. “They were heavily redacted, and they damaged the original documents, they mutilated the original documents. My thesis came out in 1995 and I wrote basically the first institutional history of the Johns Committee.”

Poring over the documents, Schnur read transcripts of interviews, with investigators asking students and teachers “intimate, humiliating questions.” He said the investigators were especially interested when they were interrogating someone about lesbian relationships. However, they didn’t seem concerned when straight men admitting to having thoughts of pedophilia or had touched young children.

“Instead of making a copy and making up the copy but preserving the originals, they destroyed [records],” Schnur said. “The state of Florida was put into a tough predicament because the state had destroyed people’s lives. There were lots of lists of names.”

Four years after Schnur completed his thesis, Allyson Beutke DeVito was a student at the University of Florida and was assigned a documentary project. Her professor encouraged her to research Virgil Hawkins, the first African-American to be admitted to the university’s law school after a Supreme Court battle; he withdrew his application in exchange for a court order to desegregate the university’s colleges.

As Beutke DeVito looked into Hawkins’ history, she discovered he was forced to travel to Miami and wait for hours in a hot, humid basement to be questioned by the Johns Committee. While compiling data, she came across Schnur’s master’s thesis and produced “Behind Closed Doors” over the next year.

In her documentary, Beutke DeVito interviews those terrorized by the committee, and attempted to reach out to those on the committee itself. She made contact with Johns’ son, who postponed the interview until finally canceling.

She also discovered communication between the university’s president during the witch hunt, J. Wayne Reitz, and Johns; he happily allowed him on campus. Today, the student union is named after Reitz.

“We would eat lunch at the Reitz Union,” she said of her days as a student. “You realize all the things that kind of happened during that time period. It was definitely not something that I had expected to find when I first read about Virgil Hawkins.”

In 2011, another documentary was made on the Johns Committee, this time at the University of Central Florida. After this past summer’s attack at Pulse nightclub in Orlando, which killed 49 people, the film was revived and broadcast on more than 100 PBS stations across the country (http://today.ucf.edu/undefined-55/).

Today, Copleston lives in Palm Springs, Calif., and volunteers for the Democratic Party. He has done a few speaking engagements about the Johns Committee, and most of his audiences are surprised to learn about its activities.

“This was allowed to happen. This was a clear representation of mass thinking throughout this society during the ’50s. Homosexuality in the ’50s was really an aberration,” Copleston said. “We were considered really different and really sick, sick people. People need to know that this went on, that this happened.”

It’s been so buried, in fact, that the University of Florida’s alumni magazine named Johns to its list of distinguished alumni in 2005 (he was quickly removed when the Alumni Association was told of his legacy).

“It definitely has taught me to know your history, to question the past, to look at things with a critical eye,” said Beutke DeVito, who is now a faculty lecturer at the University of Kentucky.

Christiana Lilly is a freelance journalist who contributes regularly to South Florida Gay News. She has won multiple awards for her coverage, including stories on conversion therapy and youth homelessness.