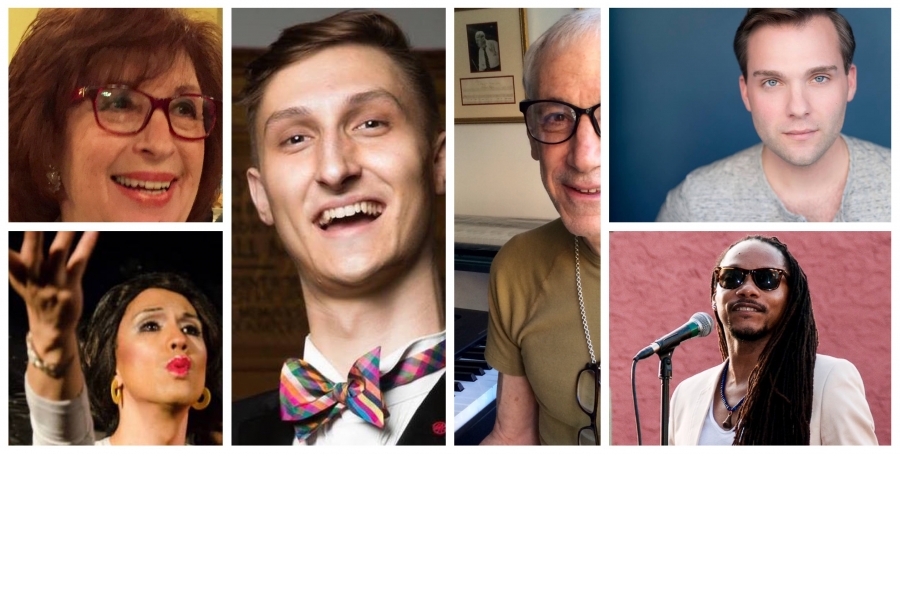 “This show is not necessarily an endorsement of Hillary Clinton,” says Tom Wilson Weinberg. “We will be looking at the [political] system as a whole and poking fun at the whole thing. I guess that makes us an equal-opportunity poker.”

Weinberg, a longtime community songwriter, humorist and activist, is speaking about his latest show, “Cabaret Verite: Body Politik,” inspired largely by the outrageousness of this very special election year.

Weinberg is, in fact, something of a cultural institution in Philadelphia’s LGBT community — not necessarily a characterization he’s comfortable with. He ruefully admits to his longevity: He first came onto the scene in the late 1980s with his first hit musical, “The Ten Percent Revue.” He followed that in the early 1990s with the equally popular — and more politically up-front — musical, “Get Used To It.”

In the last few years, Weinberg has focused on the musical revue format, presenting a series he calls “Cabaret Verite.” “Body Politik” is his fourth “Cabaret Verite” to be presented in the Mark Segal Ballroom of the William Way LGBT Community Center.

“The Mark Segal Ballroom has become my home base for these cabarets,” he said.

About “Body Politik,” he commented, “I like the cabaret shows to be tightly themed. We picked politics this time because this election is such an important one; it’s on so many people’s minds.”

While Weinberg takes his personal politics seriously, and understands what’s at stake in this election, he insists the show will shed light on the ridiculousness of the whole process.

“We will be making fun of all of it: politics and politicians — and the voters, too,” he adds, with a sardonic edge to his voice. After all, people who will allow themselves to be hoodwinked into voting for such clowns as Donald Trump and, before him, George W. Bush, cannot be allowed to escape the satirist’s barbs. “Everyone’s a target,” he warns.

“Body Politik” will break format from previous “Cabaret Verites” in that Weinberg has not written the majority of the material.

“I wrote only six out of a total of 20 songs — less than a third of a 90-minute show.” The rest of the program was put together by Weinberg and his five co-stars, who make up the “Body Politik” performing company.

The company is also directing itself, and has worked together to devise the connecting material between songs that builds a loose biographical storyline.

“I’m getting back into narrative,” Weinberg says. “Now I really want to tell a story.”

Conscious of his longevity as an openly gay artist, Weinberg has been working with the John J. Wilcox Archives at William Way, which has in turn been working in tandem with the Historical Society of Pennsylvania and the Library Company of Philadelphia. Together these organizations have sought to preserve and present programs about Philadelphia’s LGBT history.

Weinberg himself has been pleasantly surprised by the number of young gay people who have been interested in exploring the history of their community.

“It’s important that each new generation learn how we got here, what we went through to get to where we’re at now.”

One of the downsides of being a historical figure is the fear that one has outlived one’s relevance. This was a fear that Weinberg admits to feeling recently when he learned of a planned revival of “Get Used To It” in another city.

“I was afraid that a lot of references to what gay life was like back then — like cruising the streets, for instance — would date the show. But when I actually saw the show, I was surprised. It didn’t seem dated at all.

“Maybe that’s just proof that there are certain things about gay life that every generation shares,” he said. “That’s a good thing for all of us to learn.”