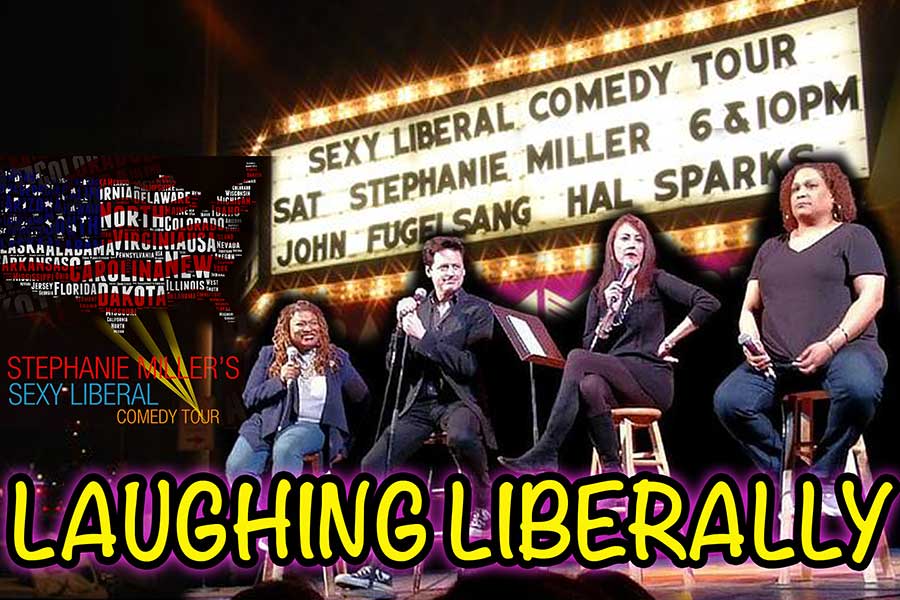 Before the seriousness of the Democratic National Convention takes over Philadelphia, progressive talk-radio star and comedian Stephanie Miller is bringing her “Sexy Liberal Comedy Tour” to town July 24.

Miller is heard nationally on Sirius XM Radio and Free Speech TV. Joining her on this round of the tour are comedians John Fugelsang from MSNBC, Air America and CNN, and comedy duo Fran Callier and Angela V. Shelton (a.k.a. Frangela) from Second City Theater and “The Oprah Show.”

Miller says the “Sexy Liberal Comedy Tour,” which features a revolving roster of performers, was named more for the audience than the comedians.

“We started that as a joke,” she said. “We weren’t referring to us. We were referring to the audience. We’re saying it is sexy to be liberal. It means you are empathetic and open-minded. We wanted to take that back because they try to make it a dirty word: ‘liberal.’ And it’s not a dirty word. Some of the best things we have in America today were liberal ideas. America as a country has gotten more liberal. Look at where we’ve come on gay issues. We want to take liberal back as a dirty word and make it a dirty word in a good way. We do this filthy comedy show. We give money to sexy liberal causes in every city we go to. We’ve just had a great time.” 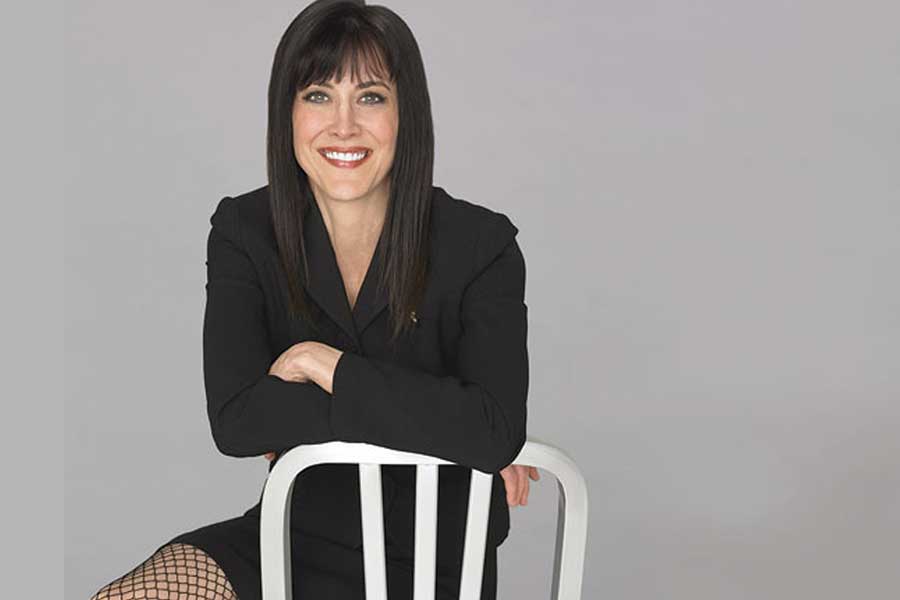 The show isn’t just for liberals, however. Miller noted sometimes those in the center and to the right of the political spectrum are also in attendance.

“Some right-wing spouse friends always get dragged along and they end up generally having a good time because it’s just a great comedy show,” she said. “And it’s not like Republicans aren’t making fun of Donald Trump too.”

With the ever-changing state of affairs in America, the show’s content is often revamped.

“It’s not just a comedy show. It’s different in every city because the news cycle changes so much. We try to tailor it to where we are,” Miller said. “We do panels and a Q&A with the audience. Frangela and John Fugelsang, they’re just fantastic comedians. It’s kind of a love-fest. In comedy clubs, the humor tends to be redneck comedy tour. You know, racist, sexist and homophobic. This is like the blue-neck comedy tour making fun of the racists and sexists and homophobes, and proving it can be funnier because I always feel like that kind of comedy punches down. I think it’s such a critical time for our community in the wake of Orlando in particular. A year ago we got marriage equality, but this is such a critical time for all of our issues. The fact that you can still get married on Saturday in some places and fired on Monday is a big deal.”

Miller said expectations for the Philadelphia date on the tour are going to be especially high because of the many media and political figures swarming the city for the DNC.

“It’s obviously a special event,” she said. “We normally do it on Saturday night but obviously this one is on Sunday because it’s right before the convention kicks off on Monday. So it will be sexy liberals from all over the country in addition to our homegrown Philadelphia sexy liberals. I just think this is such an extraordinary year for politics and for comedy given who is running. We’ve been having the time of our lives. The show in Philly we’re excited about because there is so much excitement around the Democratic National Convention.”

When she isn’t on stage or on the airwaves, Miller sometimes appears on talking-head shows debating the issues of the day.

Even though she is a radio host, Miller said she doesn’t feel the need to sugar-coat or be polite about her opinions when matching wits and trading barbs with her ideological counterparts from the right on television.

“Oh God no, I never pull punches,” she said. “I keep getting thrown off Fox News because they don’t like liberals that fight. They like you to play nice and be the kind of liberal they want but I just think it’s too important a time in our country. My father ran for president with Barry Goldwater. George Will just left the Republican Party. This is not only not my dad and Goldwater’s party anymore, but none of the Bushes are coming to the Republican Convention. It’s just crazy right wing off a cliff. You hear a lot of people saying, ‘This is the most important election of my lifetime.’ Well, this really is. Just look at the Supreme Court. We don’t even have a full court. It sounds like I’m joking but really it’s either Hillary or orange Hitler. There isn’t any fooling around.”

Earlier this year, PGN interviewed “Sexy Liberal Comedy Tour” alum Hal Sparks, who opined that Trump’s success in his presidential campaign is heavily propped up by the media and that he has no chance of getting elected. Miller, while agreeing with Spark’s opinions, won’t rule out that outcome.

“I think so and I hope so [that Trump won’t be elected], but I agree with President Obama that we should run scared because every day we do a different funny story in the news of some idiot doing something and I’m like, ‘Here’s a story proving that we might be dumb enough as a country,’” she said. “We will see if there are enough angry racist white people to elect Donald Trump. It is scary. Right this second the polling looks great but the media committed such malpractice in the first place that Donald Trump is where he is. They gave him $2-billion worth of free media and now they have this circus clown as the nominee. It’s terrifying.”