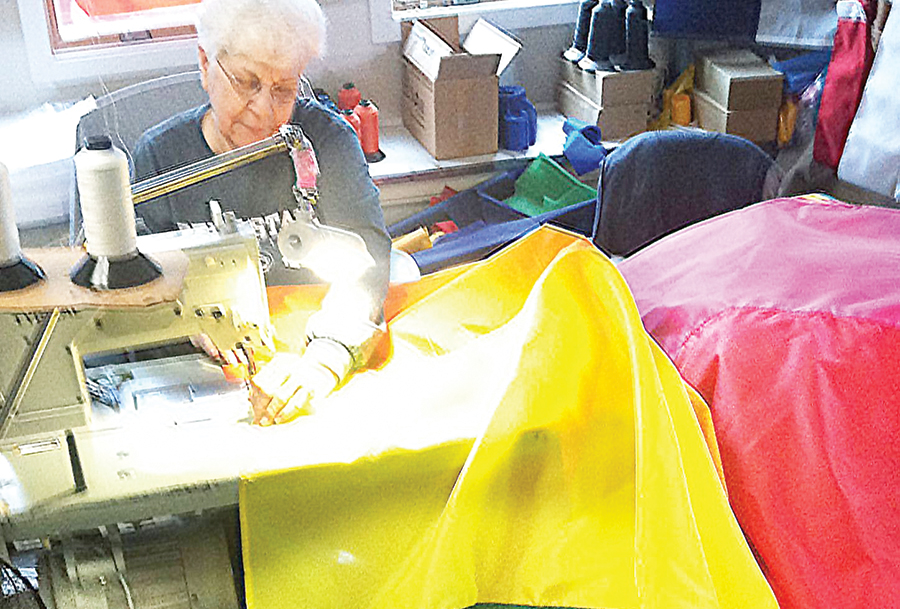 New Hope Celebrates, the group responsible for the Bucks County borough’s Pride celebration, will unveil its own rainbow flag for the first time since it started 13 years ago.

Organizers commissioned an eight-color, 15-by-25-foot flag from Humphrys Flag Company in Old City. They picked it up May 11 and will hang it publicly at noon May 15, the first day of the weeklong Pride celebration. The flag will hang from the roof of the Starbucks at Bridge and Main streets.

“It’s going to be a pretty monumental occasion,” said Sharon Fronabarger, president of New Hope Celebrates. “It’s a special piece of history we can use year after year.”

Previously, the organizers had used a portion of the famous Key West Rainbow Flag, but the 100-foot section was scheduled for repairs during this year’s Pride in New Hope.

New Hope Celebrates has activities planned through May 22, making it one of the few Pride celebrations that lasts longer than a day. Fronabarger said it was meant to give the locals a way to celebrate in between the weekends, which usually see an influx of out-of-town visitors.

“We all enjoy our town so much and we want to get out there to our bars and restaurants,” she said.

Fronabarger noted that pieces from “Retro-Scope,” an exhibit of the LGBT history in New Hope, will be on display in The Cub Room and The Raven, two of the borough’s notable gay bars. The exhibit will also be on display during the Pride Fair on May 21. It’s been three years in the making and Fronabarger said organizers are always looking for more LGBT mementos to add.

Another returning highlight to New Hope Celebrates is the second-annual Best Cocktail Contest. Thirteen bars in New Hope are tasked with creating one cocktail with Tito’s Vodka and another with Bulleit Whiskey/Rye, the alcohol sponsors of this year’s event. Pride attendees can try the drinks and vote for their favorites by visiting www.newhopecelebrates.com.

Voting runs throughout the Pride celebration, and the top-three drinks will be revealed at the end of the week. A final showdown will take place in June, a new addition to this year’s competition. The winning drink earns its bartender a plaque to hang in his or her establishment.

Fronabarger said people should also plan to come to New Hope for the Pride parade that starts at 11:30 a.m. May 21 in Lambertville, N.J., just across the Delaware River from Pennsylvania. Marchers will cross Bridge Street into New Hope. It’s the third year of the tradition, which started in 2014 to symbolically show New Jersey helping Pennsylvania welcome marriage equality to the state. Fronabarger said New Hope Celebrates has the only recognized Pride parade that crosses a state line.

For more information and a full schedule of events, visit www.newhopecelebrates.com.