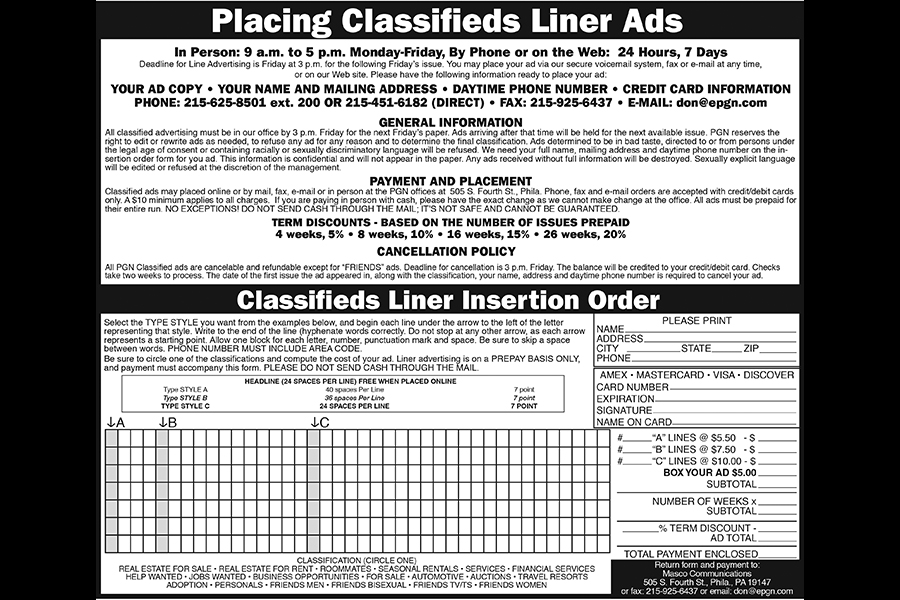 Because Don Pignolet had a truck, he got drawn into Philadelphia Gay News as its second issue printed in February 1976.

Publisher Mark Segal needed someone to drive to Pittsburgh to pick up the papers. Pignolet made the five-hour trek across the Pennsylvania Turnpike once a month to bring 10,000 issues of PGN back to Southeastern Pennsylvania and South Jersey. He used to store the extras in his barn in Bucks County.

By September of that first year, the paper began printing in Philadelphia. Pignolet became a jack-of-all-trades, managing classifieds and other office needs. Forty years later, he said he still enjoys working for PGN, maintaining the newspaper boxes and managing the distribution routes now undertaken by three drivers.

“It didn’t seem like I wanted to do anything else,” Pignolet said. “It never seemed like work.”

Pignolet had a personal connection to the paper’s work. In 1974, he wrote an essay in the former Philadelphia Bulletin in which he called Segal his hero “because he has the courage and vision to stand up for the rights of gay people.” Segal reached out and the two had lunch at the former Day’s Deli at 18th and Spruce streets. They shared a long conversation that served as Pignolet’s entrée into Philadelphia’s gay scene.

As PGN got off the ground, Pignolet helped get the first 15 newspaper boxes ready.

“They were always purple,” he said. “First off, nobody else was using it. Who would paint a news box that color?”

They used auto paint to withstand the outdoor conditions.

The Main Line Times in Montgomery County was the first company to print PGN locally. Pignolet said the September 1976 issues came back wrapped in pink paper. AFL Web Printing in Voorhees, N.J., printed the paper for most of its existence, until the company folded in late 2012. Now the Philadelphia Inquirer prints PGN.

Almost since the beginning, Pignolet handled classified submissions, mostly personal ads seeking partners for hook-ups. They cost $1.25 per line and were submitted along with a check in the mail.

“It was necessary for the paper,” Pignolet said. “It was half the income of the paper at one point.

“It went on for a long time,” he continued. “If you go back and look through those papers, every one of those ads is real. I never made an ad up. I never had to. It never ceased to amaze me what I found out there. I had one rule when I did the classified ads: I always corrected grammar and spelling and syntax. I was very good at the English language.”

By the late 1980s to early ’90s, the sexual ads started to disappear. Pignolet said it was a joint effort of the AIDS epidemic that made people more cautious and the Internet that made personal ads free on services like Craigslist.

The early 2000s was the last time Pignolet received a classified ad by mail. These days, classifieds come in electronically for real estate, help wanted, travel and guesthouses.

Advertising revenue filled the void left by classifieds largely moving online. Adonis Cinema is PGN’s longest-running advertiser. The adult theater in Rittenhouse ran an ad in the first issue and has advertised consistently, including in this 40th-anniversary issue.