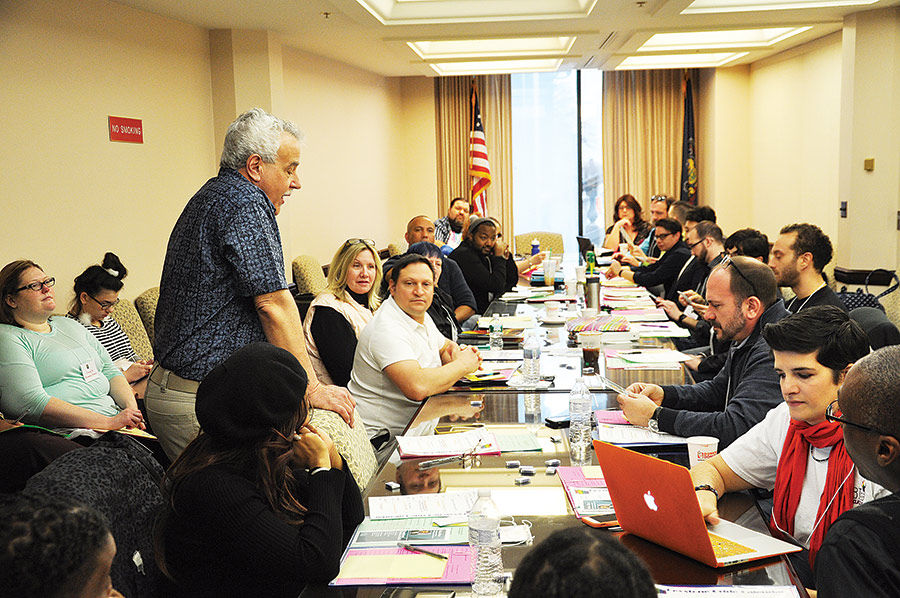 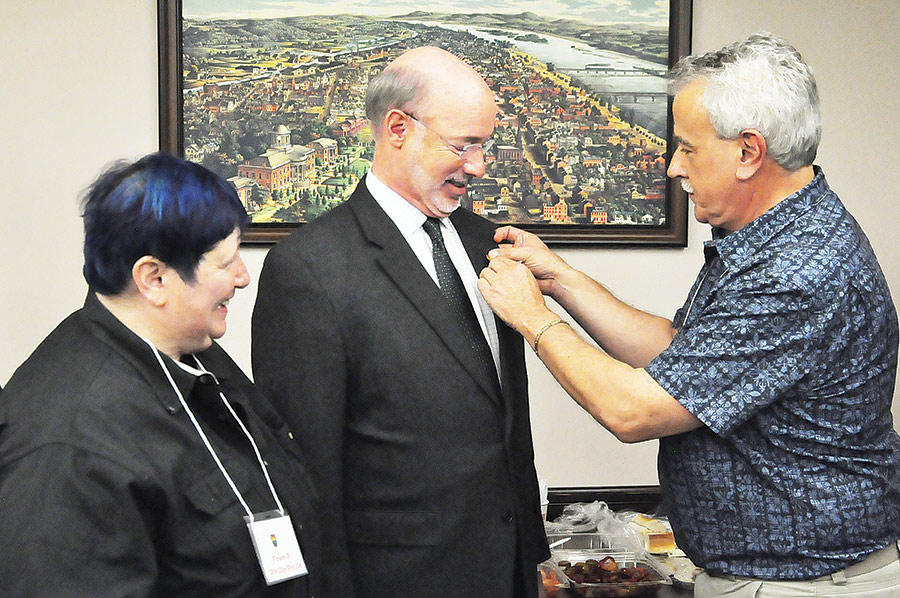 Overcast skies and a bleak snow/rain mix forecast for the astronomical first day of spring weren’t enough to keep dozens of Pride organizers from trekking to the Pennsylvania state capitol for a day-long round table. The Keystone Pride Conference was held in a Capitol conference room, secured by out state Rep. Brian Sims, and it was apparent early on that the group had outgrown the facilities just in its second year — with the number of attendees jumping from 14 to 50.

Philly Pride Presents senior advisor Chuck Volz kicked the day off with a welcoming statement and asked all participants to give their name, group and any special information about their organization’s plans. Through a series of round-table discussions, the participants talked about volunteers, entertainment, trans inclusion and youth participation while sharing experiences and offering tips to the newcomers. There was a very spirited exchange on youth and communicating with them through various traditional and newer social-media means both for youth attendance and involvement. A sidebar regarding usage of terms, such as LGBT versus LGBTQIA or LGBTQ+, echoed other conversations regarding inclusion.

Several organizations are introducing new or special events for this year. Central Pride in Harrisburg is starting a Pride brunch. Reading Pride is adding a drag Bingo to its 10th-anniversary event this July. NWPA Pride in Erie is having a Pride picnic in June and a Pride Fest in August. Rowan University students are working with PRISM to coordinate an entire week of on- and off-campus events. Just two weeks ago, Rowan announced a new preferred-name policy as part of the university standards.

Two newcomers are hosting their first Pride celebrations this year: Chester County, led by Rachel Stephenson, and Schuylkill County, which is being planned by Matthew Hansley. Hansley said that much of the information on litigation, organization and planning were valuable, but most of all, he regarded the sharing of volunteer coordination as the jewel of the event.

“I learned so much today about recruiting and keeping volunteers,” Hansley said. “They’re so important to have an event like we’re planning. There were so many great ideas brought up.”

The Schuylkill County event is tentatively slated for the third weekend in October to coincide with National Coming Out Day. At present, anyone from that area who wants to attend must travel to Reading, Harrisburg, Lancaster or the Northeast Prides. Conversations are in progress to hold the first event at the Schuylkill Mall in Frackville.

“We hope to have more than just a get-together to have fun,” said Hansley. “We hope it will be an informational and a whole community event where we can educate others about the diverse people in our county.”

Stevenson from Phoenixville called the conference “a fantastic day of collaboration.” The first Chester County Pride will be held noon-5 p.m. June 4 at Reeves Park in Phoenixville.

Conference organizers are currently soliciting thoughts on the event through a questionnaire, which will be used by the Keystone group for potential future gatherings, meeting location ideas and content suggestions. Email [email protected] for additional information about this and other events.