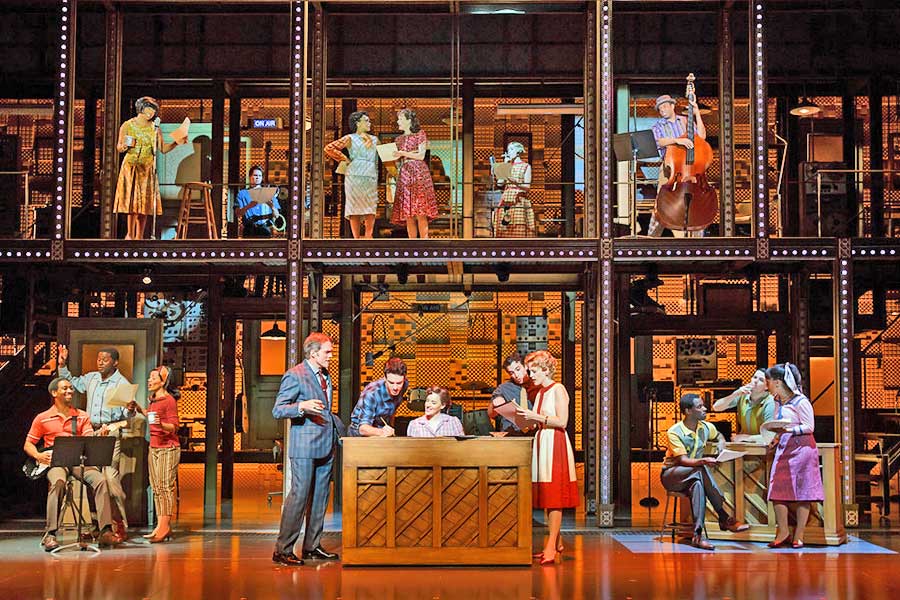 Even if you are a fan of legendary singer and songwriter Carole King, you probably still don’t know just how many classic songs she has had a hand in writing. But you can find out just how many when the Tony Award-winning “Beautiful: The Carole King Musical” comes to town March 22-April 3 at the Academy of Music.

The show tells the story of how King fought her way into the record business as a teenager, ended up writing hits for some of the biggest names in music and became a superstar in her own right.

Out ensemble cast member John Michael Dias said the show has a lot of music and history for King fans to enjoy.

“It’s a girl-power story in a way of watching a girl take control of her own destiny,” Dias said. “It’s 10 years of her life coming from nowhere Brooklyn and ending up on a Carnegie Hall stage. It’s a biopic tale of Carole King and her coming up. But you also see her meeting up with this writing couple, Cynthia Weil and Barry Mann, and you get to experience them writing songs. The catalog of songs in this show is so broad that you don’t realize how many songs you are going to know until you sit down in the seats and you end up recognizing every song you hear.”

The audience gets to experience the music from its inception, a unique vantage point, Dias noted.

“You get to see the songwriters write the song and you hear things for the first time. As an audience member, you hear things the way you would have heard them if Carole King sat down at the piano reading [songwriting partner] Gerry [Goffin]’s lyrics and applying the melody for the first time,” he said. “There’s that magic of watching a song from piano and just one voice to The Drifters taking the song and running with it in full production and costumes. It’s really exciting to see the whole process in front of you.”

Dias said that while King did have some input in the show, she largely didn’t oversee the production.

“Mainly she wanted to be away from it,” he said. “Watching your success and your failures on stage must be so difficult. I know she doesn’t like to watch the show. She didn’t have a lot to do with the writing; she had to approve things but she didn’t have a lot to do with the actual production. She’s only seen it a handful of times. I know she came to see us in Boston. She was so lovely and warm and full of joy. It was so wonderful to meet her because you can see how she’s built this empire that she has because of this wonderful person that she is and the energy she brings to the table.”

Dias added that the cast had no idea King would be in the audience the night she attended.

“Apparently she showed up in a black wig and glasses because she doesn’t like the spotlight to be on her,” he said. “That’s why it was difficult for her to be a singer and step out of the whole songwriter aspect and be in the spotlight. It’s not her thing. She came backstage and we didn’t know. They just said we had a special guest. It’s probably better that we didn’t know.”