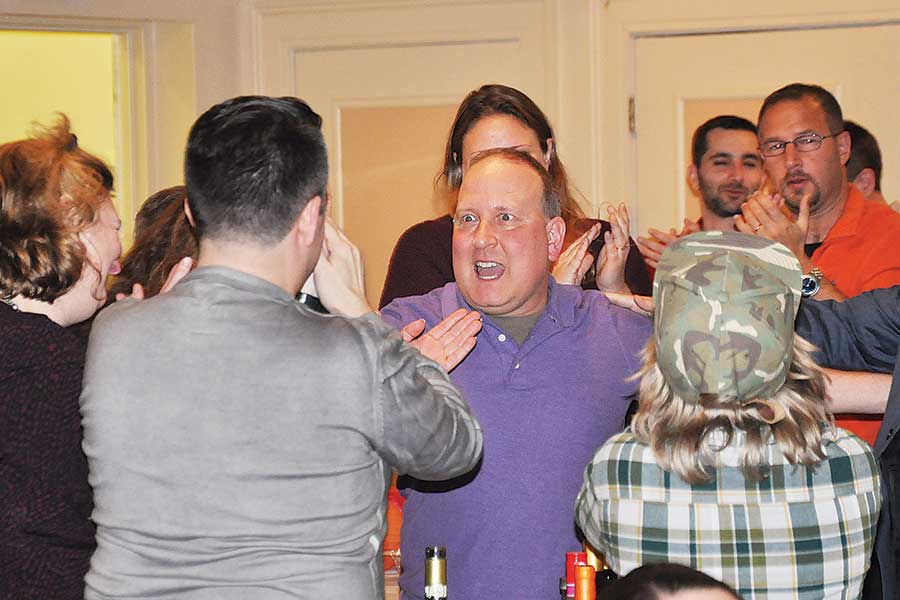 Just less than three months of practice and play remain before members of the Philadelphia Gryphons Rugby Football Club head to Nashville, Tenn., for the biannual Bingham Cup. The international gay rugby league tournament honors and celebrates the life of Mark Bingham, motivator behind the passenger takeover of Flight 93 on Sept. 11, 2001.

Two years ago, the Gryphons were in for a major undertaking: raising the funds to compete in Sydney, Australia. A good thing they did, too, because they came home with the Hoagland Cup, named for Bingham’s mother Alice Hoagland. It was the inaugural year for the Hoagland Cup, awarded to the winner of a new alternate competitive level created specifically because the Sydney Convicts have dominated the Bingham Cup a record four times.

This year, going to the cup competition will not cost nearly as much as the Australia trip so, while the Falcons are still fundraising, the focus is mostly where they want it: on the field. One rugger recently said his goal is to keep the Hoagland Cup by winning it again in Nashville.

The Gryphons are holding a Rugby 101 class 11 a.m. March 5 at Pepper Middle School for anyone interested in learning the basics. As in years past, there will be drills on passing, running, hitting and kicking and instructing the newest interested members on what the different positions require in size, strength, agility and dexterity. Different this year is the new coach, former player Tim O’Connor.

O’Connor said the team “decided to go in a different direction” when they chose him to helm the group this year. Team members felt that the organization has grown past the point of skill sets and now is looking for more strategy-based playing instruction.

O’Connor believes he’s up to the task. He started playing for the Gryphons last year but, starting in 1997, he played through college in Maryland and, after that, in the Marines. He enlisted right after Sept. 11.

While in the Marines, one of the benefits was playing rugby while on tour. According to O’Connor, it was a unique opportunity to play well-practiced teams in Guam, Australia and other locations. But even while stationed in San Diego, he never got a chance to play against the San Francisco Fog.

“To be honest, I didn’t know anything about the San Francisco Fog and the Bingham Cup and Flight 93 connections until last year,” O’Connor said. “But I, we’re, looking forward to Nashville this year. It should be a great time.”

O’Connor said it’s too far out to know for sure, but he doesn’t rule out the possibility of team members stopping by Shanksville, Pa., to visit the Flight 93 Monument on the way to the tournament. The team likely won’t all be travelling together because of schedules, but it would be no surprise if some team members did make the pilgrimage.

The Gryphons RFC welcomes players of all skill levels and supporters of all range as well. If you would like to try the boot camp or donate to help the team go to the Bingham Cup and hopefully return with another Hoagland Cup, go to philadelphiagryphons.org. In the meantime, get out and play!

You know what’s missing from sports? Then let me know at [email protected].