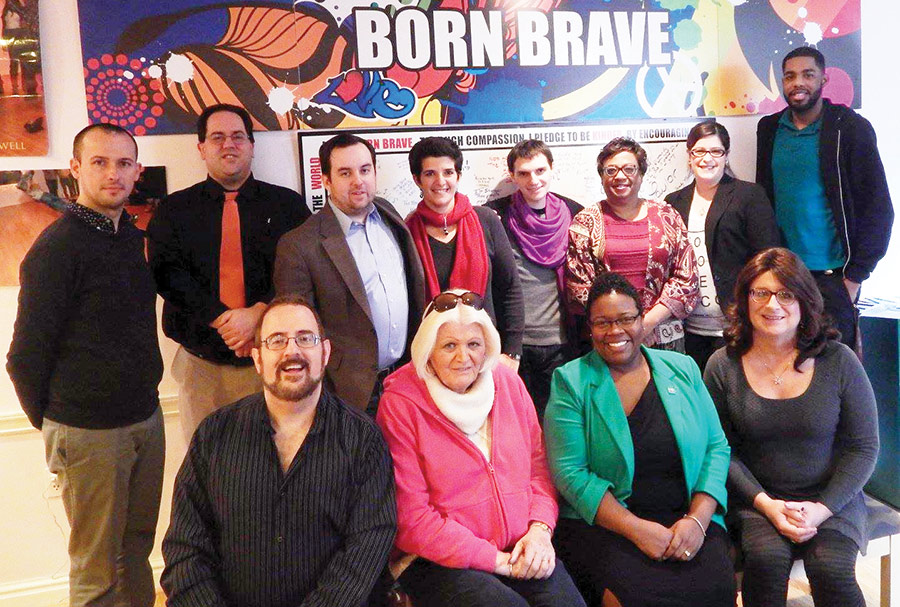 Deja Lynn Alvarez felt a little skeptical as she headed to Pittsburgh the last weekend of January.

“You hear the word ‘committee’ all the time,” said Alvarez, director of Divine Light LGBTQ Wellness Center in North Philadelphia. “A lot of times, they don’t amount to anything.”

But, she said, she was “pleasantly surprised” by the time she spent with 19 other executive directors and leaders of LGBT organizations across the state. Jason Landau Goodman, founding executive director of Pennsylvania Youth Congress, spearheaded the organization of the steering committee, which is meant to “coalesce a statewide voice to help build stronger local communities,” he said.

Alvarez, who also works with the Trans-Health Information Project at GALAEI: A Queer [email protected] Social Justice Organization, was the only representative from Philadelphia. Rachel Stevenson, founder of LGBTea Dances in Chester County, and Stephen Seufert, state director of Keystone Catholics in Bucks County, also attended.

“We all kind of shared the same frustrations,” Alvarez said. “It didn’t feel like a bunch of organizations sitting down where everybody’s trying to get the same piece of the pie. We were trying to figure out how we could all eat from the whole pie and benefit the community.”

Landau Goodman said another steering committee meeting is expected to take place around the summer in central Pennsylvania. Future meetings will help determine the mission of the group. Discussion at the first meeting included individual organization and personal visions; racial and economic-justice visions; transgender resources and community visions; and youth and elder community visions.

“It was incredibly productive and groundbreaking,” Landau Goodman said. “This type of meeting has not happened for many decades in Pennsylvania.”

He noted the last time this many organizations met from across the state, it was for the Council for Sexual Minorities, established by Gov. Milton Shapp in 1976. That meeting will celebrate its 40th anniversary in April, though the group “whittled down” by the close of that decade.

Landau Goodman said the idea behind the steering committee is to develop meaningful relationships so local organizations routinely share information, provide oversight and encourage transparency and accountability in the work.

“No one group speaks for LGBT Pennsylvania,” he said. “There can be concern on the ground about how statewide LGBT organizations are operating. Local groups can challenge my organization just like they can challenge any other.”

Alvarez said the steering committee made her realize she had “kind of been living in a Philadelphia bubble.” She said she wants to expand her vision beyond the city.

“The more of us there are at the table, the louder our voice,” Alvarez said.