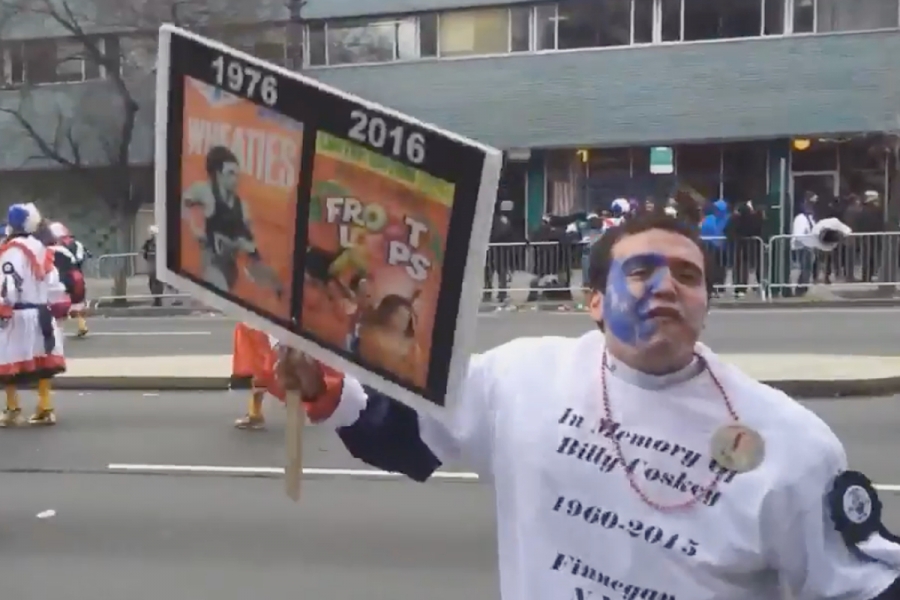 This may sound odd coming from an LGBT publication, but we’re glad that Finnegan’s Brigade mocked Caitlyn Jenner in last week’s Mummers Parade.

No, we don’t support the spirit behind the routine, or the abhorrent message it communicated. But we are glad that the group chose such a patently offensive theme because they went so far over the line that real discussion about a long-standing problem is finally beginning.

The Jenner bit was just one in a line of problems at this year’s parade: A member of the same brigade was caught on film chanting “F— the gays,” several Mummers allegedly beat up a gay man and still others wore brownface as part of their routine. For a city that just hosted the pope, is staging the Democratic National Convention in a few months and is repeatedly cited by the Human Rights Campaign as one of the nation’s most LGBT-friendly cities, the Mummers Parade doesn’t comport with what Philadelphia is, or is trying to be.

But many Mummers have spoken out about the backlash, contending the parade indeed embodies the spirit of Philadelphia. They say we’re a working-class city, down-to-earth folks willing to poke fun at one another. That argument falls flat, though, when the same people are always the ones ridiculing, and those being mocked are not only shut out from a seat at the table, but are marginalized in general from society. It’s like a comedian singling out one individual audience member during an entire routine. It’s a cheap way for a laugh. A parade like this can be edgy, offbeat and satirical without being cheap.

The Jenner skit appealed to the lowest-common denominator of Philadelphians. People who find it funny that an individual who has struggled with gender identity for decades was able to find the courage to come out and be herself — and whose story represents just a fraction of the journeys toward self-discovery of transgender Americans — should not have the reigns of a large-scale televised event.

This year’s parade seems to have jolted the city out of the complacency that has allowed hateful, racist and bigoted acts to exist for decades in this event. With such a history, genuine progress surely won’t be happening overnight. But — like with marriage equality, nondiscrimination and countless other discussions on basic fairness — education is the first step. And, as we all saw last week, the Mummers are in desperate need of education.