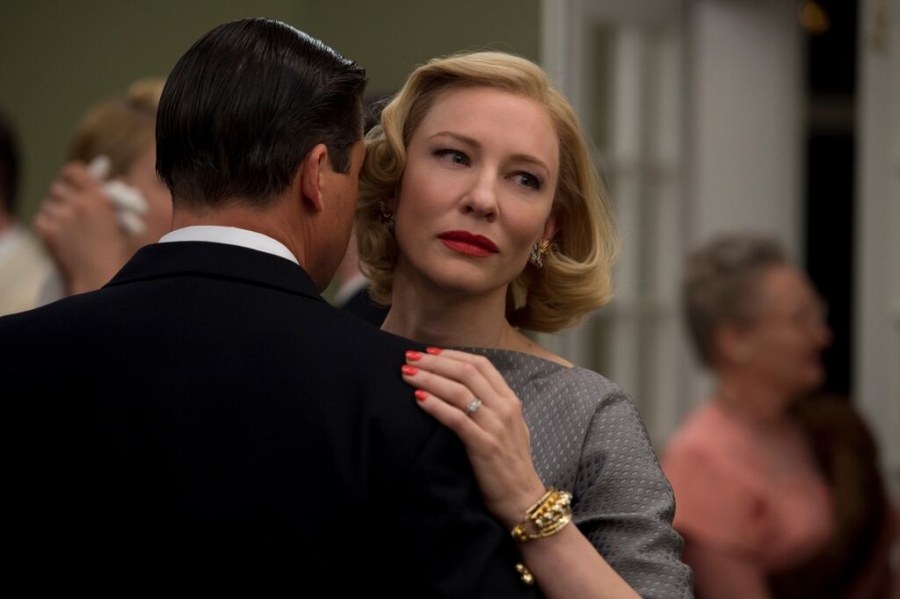 The past year may be remembered for the United States implementing marriage equality, and Caitlyn Jenner becoming the most famous trans woman in the world. On movie screens, however, 2015 will likely be remembered for films that were elegant, characters that were abrasively funny, some unforgettable nude scenes and a particularly wrongheaded disaster.

Here is a look back at the good, the bad and the LGBT films from 2015.

Best Queer Film of the Year

“Carol.” Todd Haynes’ film, a magnificent achievement on every level, captures the slow-burning emotions of its characters, Carol (Cate Blanchett) and Therese (Rooney Mara). As these two very different women fall in love, their lives are changed forever. The acting is exceptional, the period detail is exquisite and the film is an emotional powerhouse. 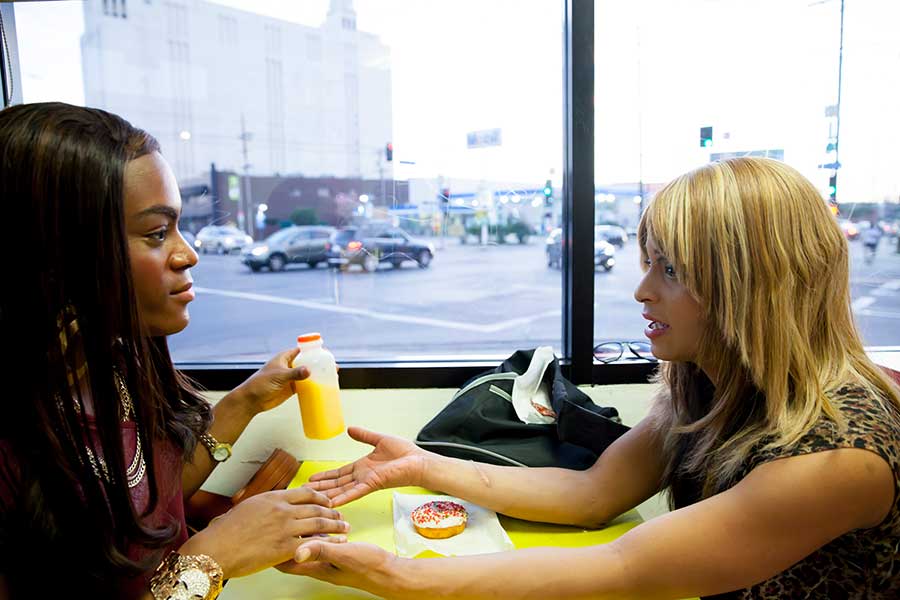 Mya Taylor, the African-American trans actress in Sean Baker’s shot-on-an-iPhone “Tangerine,” gives the year’s breakout performance. Sexy, funny, fierce and sad — often in a single scene — Taylor was impressive, whether she was performing a sex act in a car wash or a song in a bar. It will be exciting to see what she does next.

Best Performance of the Year

While the women in “Carol” were extraordinary, it is hard to choose between them, so let’s celebrate Lily Tomlin’s star turn in “Grandma.” As a lesbian feminist who helps her granddaughter (Julia Garner) raise money for an abortion, the legendary performer fits into the tailor-made role effortlessly. Tomlin cuts loose and triumphantly delivers some withering one-liners in her patented comic style.

There were several excellent non-fiction films about LGBT heroes in 2015, from “An Honest Liar” about hoax debunker James “The Amazing” Randi to the merry pranksters of “The Yes Men Are Revolting” — one of whom, Andy Bichelbaum, worries his activist work is keeping him from settling down with a boyfriend.

But arguably the best documentary was “Best of Enemies,” about the debates between Gore Vidal and William F. Buckley Jr. in 1968. Incisive and witty, this film shows the power and politics of television decades ago, and it still resonates.

The women from “Carol” are certainly worthy, as are the trans women from “Tangerine.” And yet, the couple in “The Duke of Burgundy” — a pair of S&M-practicing lesbian lepidopterists — may have been the best on-screen female duo this year. Sexy, slightly sinister and into some strange role-playing, they were easily the most intriguing.

It was a little-seen film, perhaps because it was so incredibly discomfiting, but Jack Black and James Marsden in “The D Train” made an unforgettable pair as former classmates who reunite. And have sex. While Black’s character, Dan, initially feels shame and even some gay panic, the experience eventually empowers him. Darkly, awkwardly funny, this bromance-with-benefits film crosses into some pretty queer territory, but it resonates deeply.

Desiree Akhavan made an auspicious debut as a bisexual Brooklynite in “Appropriate Behavior,” but the year’s best bisexuals, and certainly naughtiest, were in Patrick Brice’s “The Overnight.” As inhibitions (and clothes) are shed, the married couples couple up with same-sex partners and the result is both sexy and hilarious.

“The Overnight” also featured one of the most indelible nude scenes of the year, when Jason Schwartzman and Adam Scott hilariously let it all hang out and dance naked together. The visual is more silly than sexy, but it was one of the funniest sight gags in cinema in 2015.

Runner-up: Gasper Noë’s “Love” featured Karl Glusman’s penis literally coming at you in 3-D. There was beaucoup nudity from all three attractive leads in the bisexual love triangle.

Honorable mention: “The New Girlfriend” featured a delicious dream sequence in which Romain Duris’ and Raphael Personnaz’s characters showered together, getting rather intimate in the process. It was a quick scene, but it literally steamed up the screen.

Best Performance by a Straight Actor in a Gay Role

Robin Williams’ last starring role, as a closeted gay man in “Boulevard,” was noteworthy, and better than the film it was in, but even better was Tom Hardy’s sensational turn as the Kray Twins in “Legend.” Hardy was great fun to watch, even — make that especially — when his character behaved badly.

Best Performance by a Gay Actor in a Straight Role

Matt Bomer was adorable as a singer/stripper in “Magic Mike XXL,” but the film was only skin-deep. The best performance by a gay actor in a straight role was Ian McKellen’s star turn as the titular detective in out filmmaker Bill Condon’s lackluster mystery “Mr. Holmes.”

“The New Girlfriend.” Enfante terrible François Ozon’s cheeky farce about love, lies and cross-dressing was a refreshing sex comedy, full of delicious queer twists. And Romain Duris distinguished himself in the title role. Plus he looked fetching in a dress.

“Nasty Baby,” by out filmmaker Sebastián Silva, left a bad taste in viewers’ mouths as what begins as a story about two gay men (Silva and Tunde Adepimbe) who help their single female friend (Kristin Wiig) have a baby becomes unsettling when something truly horrific happens.

“Freeheld” was out actress Ellen Page’s passion project about the real-life gay-rights fight mounted by Stacie Andree (Page) and Laurel Hester (Julianne Moore) when the former was denied the latter’s domestic-partner pension benefits after Hester developed terminal cancer. Alas, the noble film received little love from audiences and critics. While it was a tad melodramatic (and Steve Carrell’s gay activist was nails on a chalkboard), “Freeheld” did have its merits. The domestic scenes emphasized why the fight for marriage equality was worthwhile. Moore and Page made a lovely couple, and actor Michael Shannon delivered a sly supporting turn as Hester’s partner and queer ally. 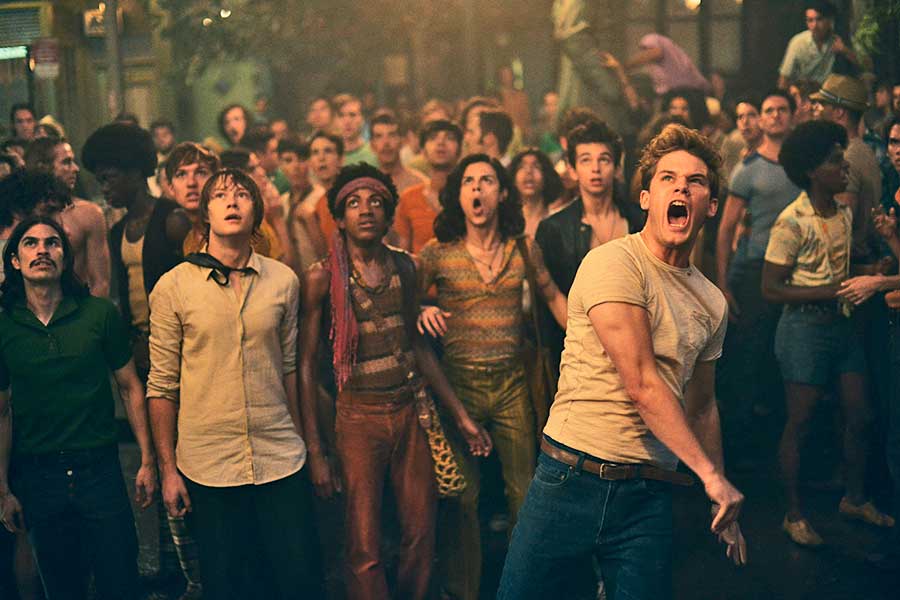 Gay filmmaker Roland Emmerich’s wrongheaded “Stonewall” was lambasted for “white-washing” — having a fictional white male hero as the central character in a story about the transgender activists, drag queens and queer people of color who fomented social change — even before it was released. Moreover, Emmerich’s insistence that audiences see the film before they judge it, however, may have all been for naught. “Stonewall” was thrown out of theaters after only three weeks, and the film earned a paltry lifetime domestic gross of $187,674 (in 129 theaters). As a comparison, “Carol” earned $253,510 in its opening weekend in only four theaters.