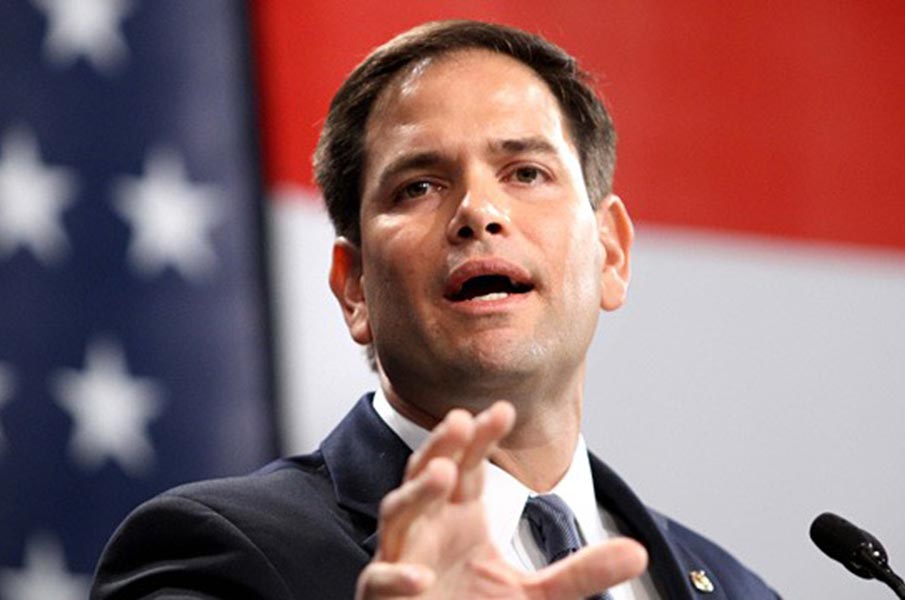 But you also have to ignore the parts of reality that clash with your irrational and extreme ideology. And Marco Rubio has that down pat.

It’s saying that Pope Francis can do no wrong, except when you disagree with him.

“On moral issues, he speaks with incredible authority,” Rubio told Fox News. “He’s done so consistently on the value of life, on the sanctity of life, on the importance of marriage and on the family. [But] on economic issues, the pope is a person.”

It’s shooting down Hillary Clinton’s plan to make college more affordable as too expensive, yet trying to play down your coziness with for-profit colleges that often leave students in deep debt and without degrees.

It’s telling Fox News that America should shut down mosques and “any place — whether it’s a cafe, a diner, an Internet site — where radicals are being inspired” and yet ignoring the many breeding grounds for violence by non-Muslims in the United States.

It’s denouncing Planned Parenthood and repeating discredited claims about them selling “baby parts” for profit, yet remaining silent when a man shoots up a clinic in Colorado.

And it’s calling for the antigay right to just ignore Obergefell v. Hodges, the Supreme Court case that established marriage equality as a fundamental right, just as they ignore Roe v. Wade.

“It is current law. It’s not settled law. No law is settled law,” Rubio answered. “Roe v. Wade is current law but that doesn’t mean that we don’t continue to aspire to fix it because we think it’s wrong. And in the interim, until we can get a Supreme Court to overturn Roe v. Wade, we do everything possible within the constraints that it’s placed upon us, to confront it and certainly limit the number of abortions and save as many lives as possible.”

As anti-abortion activists have chipped away at abortion rights over the years, Rubio clearly would like to see that same energy directed at marriage equality. Perhaps to limit the number of same-sex marriages and save as many homos from themselves as possible?

“If you live in a society where the government creates an avenue and a way for you to peacefully change the law, then you’re called upon to participate in that process to try to change it,” Rubio continued. “Not ignoring it but trying to change the law. And so that’s what we’re endeavoring to do here. I continue to believe that marriage law should be between one man and one woman and that the proper place for that to be defined is at the state level where marriage has always been regulated, not by the U.S. Supreme Court and not by the federal government.”

First of all, it’s worth asking whether Rubio believes we live in a society that allows for peacefully changing laws we disagree with. Granted, this interview was done before the Colorado shooting, but it’s not like Rubio doesn’t have many violent examples at his disposal. Not to mention the fact that this legislative attack on abortion laws is part of what has been called the GOP’s War on Women. Republicans are hell bent on making women’s access to complete health care a crime.

So when he says “that’s what we’re endeavoring to do here” regarding marriage equality, I can’t help but question his sincerity about peacefully settling this dispute. The antigay rhetoric of the GOP is just fuel for more violence.