Thomas Hormby, of the Nashville Grizzlies gay and inclusive rugby team, emailed me to announce they just released their 2016 fundraising calendar.

The Grizzlies host the Bingham Cup, the world championship of gay rugby, in Nashville in May 2016. The tournament is named after Mark Bingham, who died in the Sept. 11, 2001, hijacking and crash of United Flight 93. The Bingham Cup is the biggest tournament in the world for gay and inclusive teams, and this will be the first year it has been hosted in the Southern United States.

Hormby said organizers have been playing a number of straight teams the past season for the first time and are working hard to raise money so the tournament is affordable to many. He also said their goal is to “create a safe space for players of all sexual orientations, backgrounds and experience levels to learn about the sport and have fun.”

Our own Philadelphia Griffins RFC are also raising money to compete in Nashville next year. You can get more information on how to support the team or sponsor a player at philadelphiagryphons.org/donate.

Grizzlies calendars can be ordered at squareup.com/market/NashvilleGrizzliesRFC/grizzlies-calendar. 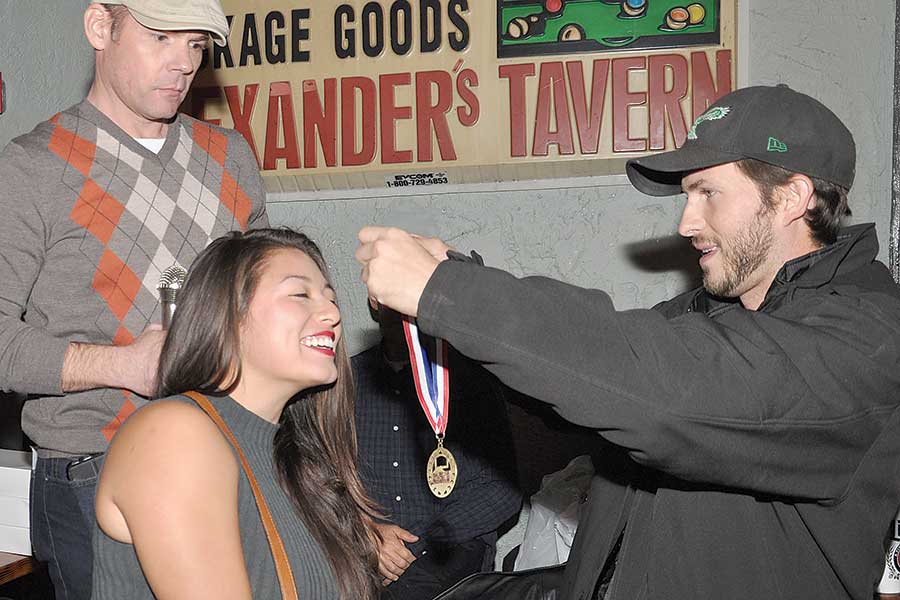 • Get Out and Play will be on hiatus the rest of the month, coming back strong Jan. 1, 2016. Have a great holiday, and a safe one also. And whether it stays nice longer this year or turns cold and snowy, remember to get out and play!

Thanks for another great year of sports and recreation. If you want to share a story idea, interview possibility or a fundraiser event where there are shirtless men, contact [email protected].