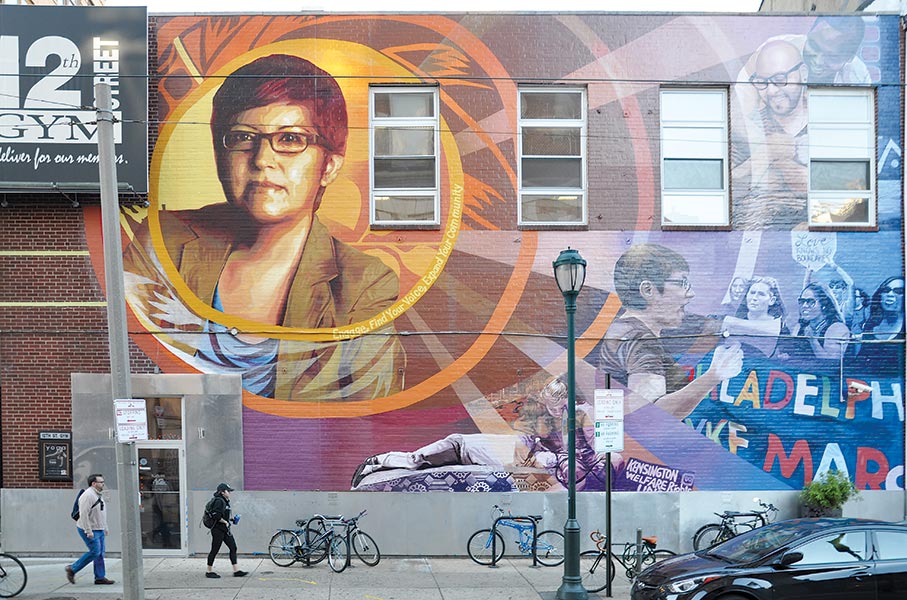 There were a number of LGBT victories at the polls Tuesday, including the success of a ballot question that made Philadelphia’s Office of LGBT Affairs permanent.

The question, made possible through legislation by City Councilwoman Blondell Reynolds Brown, asked voters to consider amending the City Charter to officially incorporate the office. With 98 percent of precincts reporting as of presstime, the result was 58-42 percent in favor, 91,825 to 67,319 votes.

“Philadelphia has an international reputation as a city that both celebrates diversity and has no tolerance for intolerance,” Reynolds Brown said in a statement to PGN. “This bill offers the LGBT community a permanent seat and voice at the table. To a community who too often faces discrimination, it is imperative for them to have a direct line to the mayor and City Council. Making this office permanent sends a continued message that, while we have more work to do, we are absolutely up to the challenge.”

Among the races, Dan Clifford became the first openly gay county official in Montgomery County when he was elected as a judge for the county Court of Common Pleas. According to unofficial results, he earned 82,056 votes, the second-highest following Risa Vetri Ferman, district attorney in Montgomery County. Todd Eisenberg won the third available seat on the county court bench.

All vote totals are unofficial until certification in the coming weeks.

“It was finally time to break through the fire wall and have an LGBT official outside of Philadelphia,” Clifford told PGN Wednesday. “I feel wonderful about the victory. It’s due in part to the overwhelming support from the LGBT community. I certainly appreciate their support.”

Clifford said he hopes his win inspires other LGBT residents in the region to consider running for public office. He added he’s proud that this election doubled the amount of LGBT judges in Pennsylvania.

Two openly gay judges were elected to the bench for the Philadelphia Court of Common Pleas: Abbe Fletman with 140,665 votes and Chris Mallios with 120,337.

Victories for Clifford, Fletman and Mallios doubled the total number of out judges in Pennsylvania: from three to six.

The city’s next mayor is Democrat Jim Kenney, who won 200,444-to-31,069 against Republican Melissa Murray Bailey.

Democrat Jewell Williams won his race for Philadelphia sheriff with 155,354 votes versus 40,995 for Republican Christopher Sawyer.

Democrat Ronald Donatucci won his race for Philadelphia register of wills with 164,091 votes versus 32,450 for Republican Ross Feinberg.