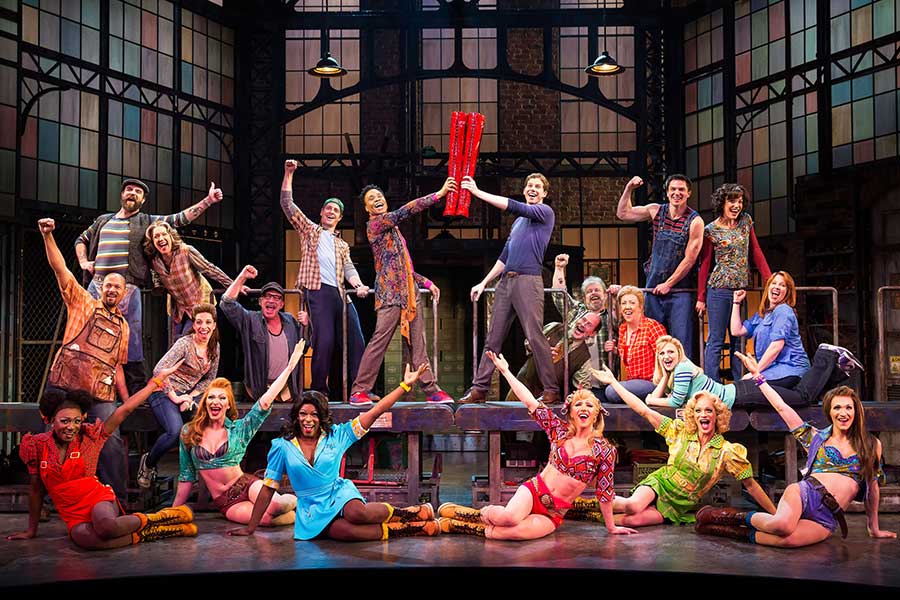 If you’re looking for a way to kick up your heels in the Big Apple this fall, you should definitely try on “Kinky Boots” for size.

The six-time Tony Award-winning musical brings together four-time Tony winner Harvey Fierstein and Grammy Award-winning rock icon Cyndi Lauper for a fun, crowd-pleasing show that will pull at your heart strings while teaching you a few lessons about misconceptions. Inspired by a true story and based on the Miramax motion picture written by Geoff Deane and Tim Firth, “Kinky Boots” tells the story of Charlie Price, who has reluctantly inherited his father’s shoe factory. The factory is on the verge of bankruptcy and Charlie is trying to live up to his father’s legacy and save the family business. A chance encounter with Lola, a fabulous drag performer in need of some sturdy stilettos, gives Charlie the inspiration to continue the fight. As they work to turn the factory around, this unlikely pair finds that they have more in common than they ever dreamed possible.

The staging was seamlessly executed in a fashion that made dancing in a shoe factory seem like a normal occurrence. The music was fun, though not memorable enough for me to leave the theater humming the tunes. (Of course, that might be due to the fact that, at my age, I have the short-term memory of a goldfish.) Billy Porter, who nabbed the Best Actor Tony for his portrayal of Lolo, was not on stage for the performance I attended, but his understudy managed to fill his stilettos. For me, the best part of the shoe … er, show … was the scene-stealing and charismatic Annaleigh Ashford, who, as Lauren, the overlooked assistant in love with her boss, brought heart as well as hysterical comedic timing to the role.

Don’t let the title scare off the conservative wing of your family; “Kinky Boots” is wholesome fun for all ages. I took my teenage nephew who thoroughly enjoyed it … and remembered the songs!