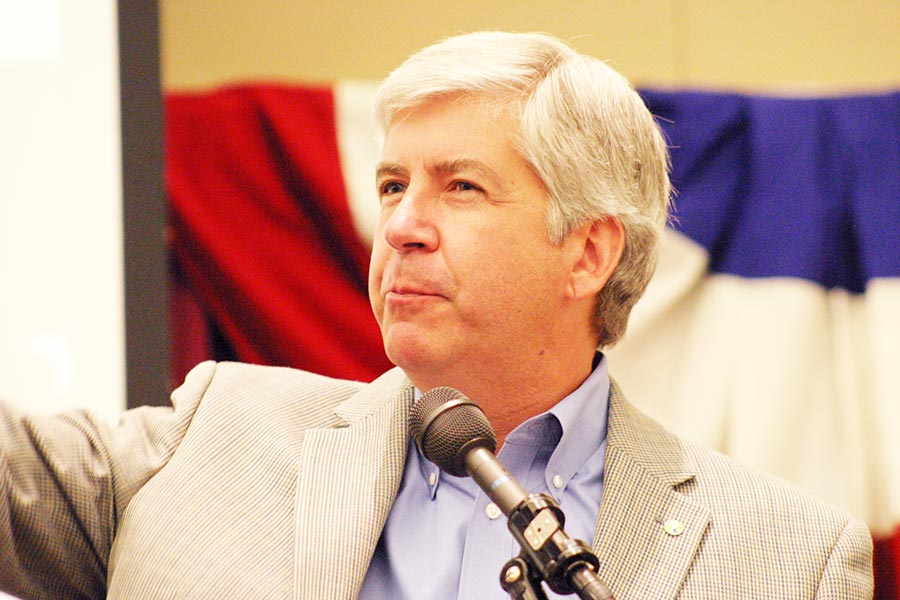 Fact: Michigan’s Republicans, who are literally in charge of every branch of state government, do not give a shit about kids. In case that wasn’t clear to the world, the Republicans rammed through a religious-exemption bill so that adoption agencies that receive taxpayer money could discriminate against LGBT folks looking to adopt or foster children based on their agencies’ so-called sincerely held religious beliefs. It’s important to note that faith-based agencies handle a big bulk of foster-care placements in the state.

The law is so broad, actually, that agencies can discriminate against any prospective parents, for just about any reason. But make no mistake, the true aim is at the gays.

Why? Because the U.S. Supreme Court was expected to — and did — overturn Michigan’s same-sex marriage ban, and the antigay right was flailing against that very real possibility. So they’re looking for ways they can make life in Michigan harder for LGBT families.

See, Michigan doesn’t allow same-sex couples to jointly adopt kids, meaning that, for many families in Michigan with same-sex parents, only one parent is a legal parent. The other, as far as the state is concerned, is just a live-in nanny. One would hope that, since Michigan now has to recognize their parents’ marriages, the state would also recognize that these kids have two parents.

This antigay adoption law, signed before the ink was even dry by Gov. Rick Snyder, is a warning to lesbian and gay couples raising kids in Michigan: “You might win this marriage thing, but we’re gonna fight you tooth and nail over your kids.”

Snyder has a reputation for being a moderate, though that reputation is woefully unearned. He calls himself a “tough nerd” but what he is proving himself to be is tough on Michigan’s families, and not just the gay ones.

There are 13,000 kids in the state’s care right now. The foster-care system is complicated and rife with heartache. We’re talking about a system that takes kids away from their parents, and while there is usually good reason, it’s a traumatic situation for a child. Whether the child will later be reunited with his or her parents or whether that child needs a permanent new home, these kids need someone, now, who is willing to do the tough work of caring for them during what is the most difficult time of their young lives.

And now Michigan has made that more difficult by allowing ideology to trump what’s best for kids. All so Republicans can give gays and lesbians in the state yet another middle finger.

Astonishingly, Snyder said via press release, “We are focused on ensuring that as many children are adopted to as many loving families as possible regardless of their makeup.”

This is at complete odds with the codification of discrimination that Snyder signed his name to. It’s clear that the family’s “makeup” is more important than the “loving” part.

Supporters of the bill are quick to point out that, should a prospective parent be denied based on an agency’s belief in a particular gay-hating sky god, said parents are to be referred to a different agency that’s willing to deal with “their kind.”

Rumor has it that Snyder might have signed the antigay adoption bill in order to get support for a road-funding bill he wants. Trading kids for pavement. That’s not a moderate move, and it’s not befitting of anyone who wants to call himself a leader, let alone a decent human being.