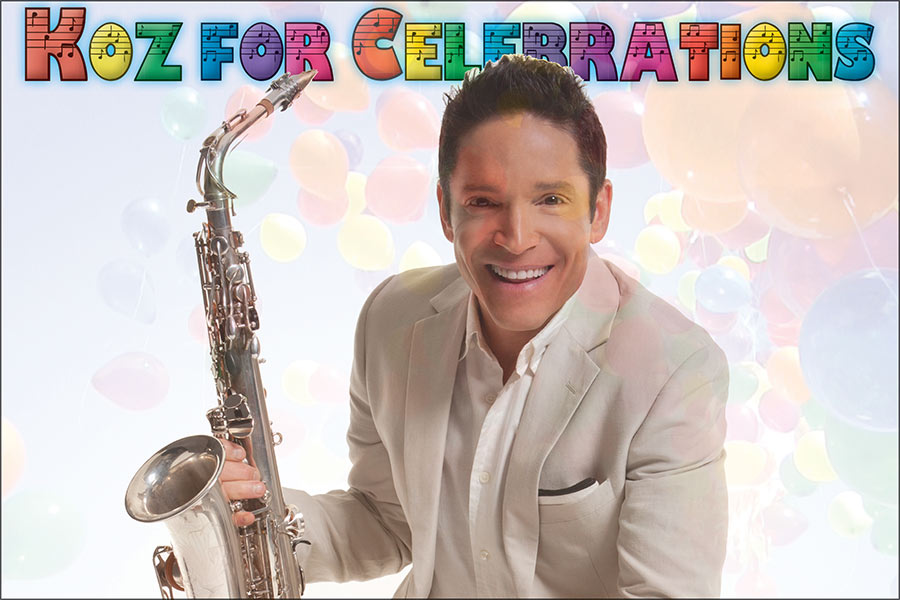 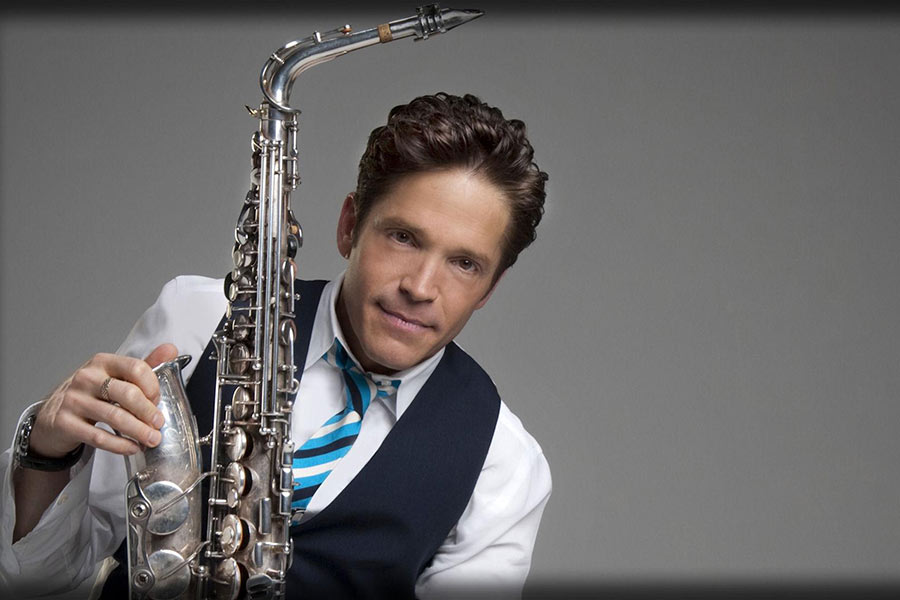 Dave Koz is hitting the road this summer as the opening act for Barry Manilow’s “One Last Time Tour,” which rolls through Philadelphia June 13.

The out saxophonist and jazz superstar has worked with Manilow numerous times over the course of his career but said he is still honored to be tapped by the legendary performer for this trek.

“We started with him as his opening act last year,” Koz said. “We did a run for about two weeks in Europe and the United Kingdom. It went so well that he invited me to do a series of shows in the United States. We’ve been good friends for a very long time, probably 20 years, and we’ve done a lot of stuff together — whether it’s his albums or tours or my albums. But I’ve never been asked to be his opening act, which is a big honor and I’m having the time of my life. He’s one of my mentors. I’ve learned so much from him. Also just being embraced by his fans — who don’t need to embrace me because I’m the opening act and kind of in the way — is really nice.”

Manilow fans, often referred to as “Fanilows,” can be an intense and devoted crowd. But Koz said he enjoys the freedom that being the opening act provides.

“It’s a fine line,” he said about opening for a superstar like Manilow. “For the vast majority of people, this is an introduction. Who am I and what do I want to share with these people? Even though I’ve been around for 25 years, chances are, you are seeing me for the first time. It’s a freeing experience for someone like me who has been a headliner for years. I haven’t really opened for somebody in many years, probably 20 years. To put that hat on has been freeing as an artist. I don’t have to carry the show. My job is to entertain people and put them in a good mood to enjoy their favorite artist. It takes the ego out of it. All I want is to put them is a good mood for Barry. So I go out there every night with that thought in my head and my band and I just try and do whatever we can to get them excited so that when Barry comes out he feels that great energy. It’s a lot of fun for me.”

For the last two summers, Koz has taken to the road in support of his successful “Summer Horns,” featuring a number of fellow saxophone luminaries covering jazz, soul and funk classics.

Once the Manilow tour wraps up later this month, Koz will hit the road again to headline a new lineup that includes trumpeter Rick Braun and R&B vocalist Kenny Lattimore.

In July, he’s releasing a CD celebrating his 25 years in the industry, which highlights the artists he’s worked with over the years.

“It’s got collaborations from my past, like Luther Vandross, Stevie Nicks, Rod Stewart and Barry Manilow. There are three new collaborations as well: Rick Braun and Kenny Lattimore did a song together to celebrate our tour this summer, and there’s a song I did for my nieces to get them off my back. They are huge ‘Frozen’ fans so they asked me to record an instrumental version of ‘Let It Go,’ which I did and I fell in love with that song. It’s a chance to celebrate 25 years because I never thought it would happen.”

Even after 25 years in the business, Koz said there is a long list of acts he would still like to work with.

And, the least likely the artists, the more he wants to work with them.

“I’m game for anything,” he said. “At this point in my life it’s all gravy. The more ‘scratch-your-head’ the situation, the better — maybe not a young pop act, but I’d welcome to chance to make music with someone like Snoop Dogg because I can’t imagine the two of us in the same room. That’s the kind of stuff that I crave and relish wherever possible. The thing with music is it has this ability to bring people together. There is some energy attached to music that allows people to soften so the differences start to melt away. Through music, people can have communication and collaboration that you wouldn’t think possible. I’ve seen it over and over in my life. I see most of it when I go out of the country and collaborate with musicians who are from foreign countries because now you’re talking about big cultural differences. And yet, there is always some way to communicate together. It’s a beautiful thing.”

Koz also said he finds that international audiences tend to be more into jazz and instrumental music across the board than American audiences.

“I just got back from three weeks in Asia, Japan, China and Indonesia, and I will admit that there are a lot of younger fans there, really young fans in China because the saxophone is really popular there,” he said. “In one of the cities, they organized, kind of in my honor, the largest grouping of saxophonists on the planet. There were almost 2,000 saxophone players and they were all kids. I think instrumental music tends to be more popular outside of the United States. There’s not a way to expose young people to it as much here. There’s a lot of EDM [electronic dance music], which is instrumental. It’s a cultural thing you find more people outside of the United States who are more interested in the music.”

Once the summer is over, Koz said, he has a number of recording projects bouncing around in his head.

“I would like to make another ‘Summer Horns’ album,” he said. “It was such a fun project to do, specifically the music — this music that I grew up listening to ,like Earth Wind & Fire, Tower of Power. It made me the musician that I am. I have a lot of different ideas in my head but one day, hopefully, I’d like to make a super-romantic, lush, orchestral album for alto saxophone. Doing more romantic ballads with an orchestra is something I’d like to do. It’s a big, long list.”