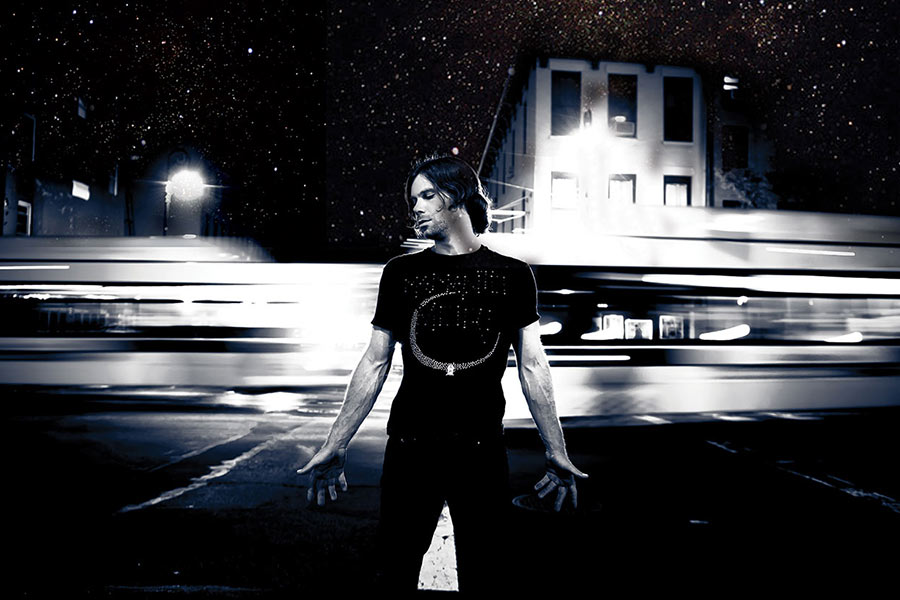 Out singer-songwriter Brett Gleason is bringing fans into the creative process for his next album by letting them have a say in how the songs are written.

The concept is simple: The Brooklyn-based multi-instrumentalist performs new songs with lyrics displayed in videos from his home studio. Then, fans are invited to put in their two cents on how to make the songs better.

Gleason said he brings fans into the songwriting process because art is becoming more and more interactive.

“Everything has a cyclical process and fans want to be engaged,” he said. “They want to see how it’s made and they want to be able to have their input along the way. That’s the world that we live in, but it also enriches the art and the creative process. As a solo artist it’s very actuating for me to create everything at home by myself and then, after two years of hard work, just release it into the world. For me it’s really meaningful and less lonely to share the process step by step and get some feedback and positive reinforcement. It energizes me and inspires me.”

Gleason said he has a wide range of influences, ranging from Tori Amos to Trent Reznor of Nine Inch Nails, but the artist on whom he most models his creative process and business is Amanda Palmer.

“It’s not just her music that I’m a big fan of, it’s her style and her interaction with her fans,” he said. “There is no barrier between herself and her fans. You feel like you’re a member of her band. That’s the kind of musician I want to be. Ten or 15 years ago musicians and rockers had to appear mysterious and unapproachable. Now it’s all about showing your imperfections and the things that make you human. That’s what Amanda Palmer does so beautifully and that inspires me as an artist. It’s definitely affecting the way that I am rolling out this new record as opposed to previous projects.”

Gleason also makes numerous music videos for his songs and, while there may not be many outlets for videos of independent artists in today’s musical climate, he said it’s another way to connect with fans.

“As a new artist trying to present myself to new people and listeners, a video is a great way to do that,” he said. “A video helps the listener to put themselves into that situation and make themselves the protagonist of the song. Maybe it’s not worth it to put a ton of money in videos anymore and maybe it’s not realistic to look at it like a commercial for the record. But as a visual medium to minimize the gap between the listener and the artist, it’s essential.”

Gleason be spend the summer performing and recording songs for the new album, which he hopes to get funded and released by next summer.

“My plan is to have most of the tracks finished by the summer so I can launch a Kickstarter campaign, and that will provide me with the interest to go into the studio and hire a drummer and record and go on with the project,” he said. “With any luck, I will launch the Kickstarter this summer and have the record out by next summer.”