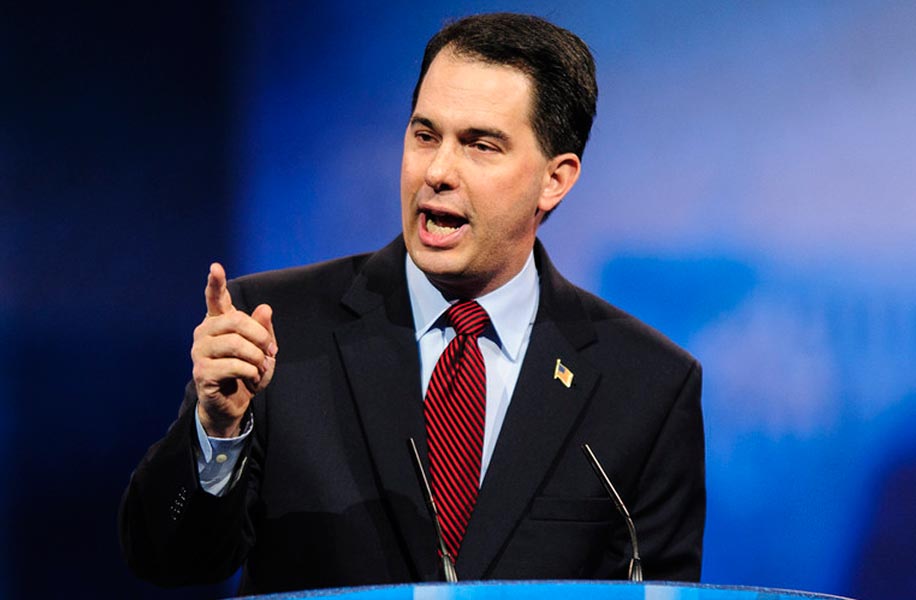 Think of the last time you’ve gotten an invitation to a wedding and thought to yourself, Ugh. These people. I totally don’t think they should be getting married, and if I could stop it I would. I’m not going to that!

But then you think, But I am totally going to the reception. Free cake! Free wine! I’m in.

The media has been very into asking GOP presidential hopefuls if they would attend a wedding for a same-sex couple. Some would (Rubio, for instance) and others wouldn’t (Santorum, duh).

When Walker, currently the governor of Wisconsin, was asked a similar question, he came up with a “have your cake and eat it too” kind of response.

“That’s certainly a personal issue. For a family member, (my wife) Tonette and I and our family have already had a family member who’s had a reception. I haven’t been at a wedding,” Walker told MSNBC. “That’s true even though my position on marriage is still that it’s defined between a man and a woman, and I support the constitution of the state. But for someone I love, we’ve been at a reception.”

Aww. How sweet. If Walker loves you, he will show that love by skipping your vows because he thinks you’re immoral. But he’ll totally come dance to “Old Time Rock and Roll” at your reception. Because love.

But your love for each other will not change Walker’s stance that marriage is strictly a one-penis-plus-one-vagina thing. So there.

Way to pander to the majority of the country who supports marriage equality while still throwing a bone to the antigay right groveling under the table.

According to Mediaite, the wedding Walker didn’t attend was for Walker’s wife’s cousin, Shelli Marquardt, and her co-lesbian in crime, Cathy Priem.

Walker just happened to be “away on business when the wedding occurred,” according to the New York Times. How convenient.

The Milwaukee Journal Sentinel reports that while Walker might have skipped the nuptials, his son Alex, 19, was there in full support, and even “scribbled his signature on the marriage certificate as one of two adult witnesses to the wedding.”

In fact, both of Walker’s sons have a more evolved view of marriage equality than Dad. His wife seems to as well.

But Walker, who is on record time and time again speaking against marriage equality, doesn’t seem to be changing his mind. In fact, he’s recently been claiming that due to recent court rulings striking down an antigay marriage ban in his state, the whole gay-marriage issue is out of his hands, so who cares what he thinks anyway?

Uh, gays and lesbians care. I, for one, would like to know whether the people in power think I’m a second-class citizen. “Uh, I went to a homo wedding reception once” doesn’t cut it.