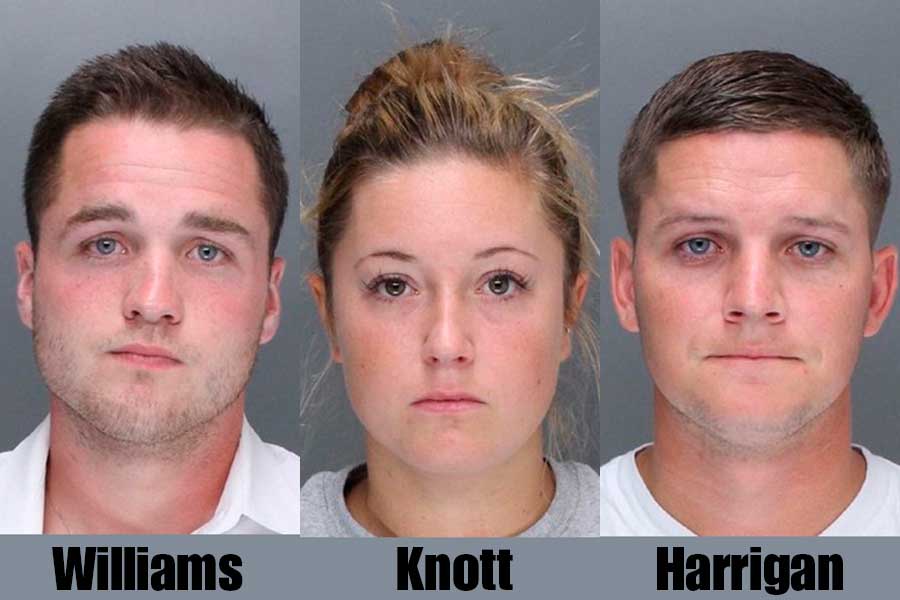 The trio accused of attacking a gay couple in Center City this past fall was back in court Thursday trying to get the charges against them dropped.

Attorneys for Kathryn Knott, Kevin Harrigan and Philip Williams submitted a motion to quash to Court of Common Pleas Judge Frank Palumbo, essentially asking he dismiss all charges against the three. Palumbo denied the requests and set another court date next month for continued review of the evidence in the case.

The three are charged with aggravated assault, simple assault, conspiracy and recklessly endangering another person in connection with the Sept. 11 attack on Zachary Hesse and Andrew Haught. The couple was walking in Center City when they encountered Knott, Harrigan and Williams at 16th and Chancellor streets. The couple says the three used antigay slurs and physically attacked them, leaving Haught with multiple broken bones.

Pennsylvania does not have an LGBT-inclusive hate-crimes law and Philadelphia has since adopted such a measure, but the three cannot be charged under it since it was passed after the incident.

Palumbo scheduled another pre-trial “bring back” for 9 a.m. May 21 in Room 902 of the Criminal Justice Center, 1301 Filbert St. Once the discovery phase is complete, a trial date will be set, pending no plea deal.