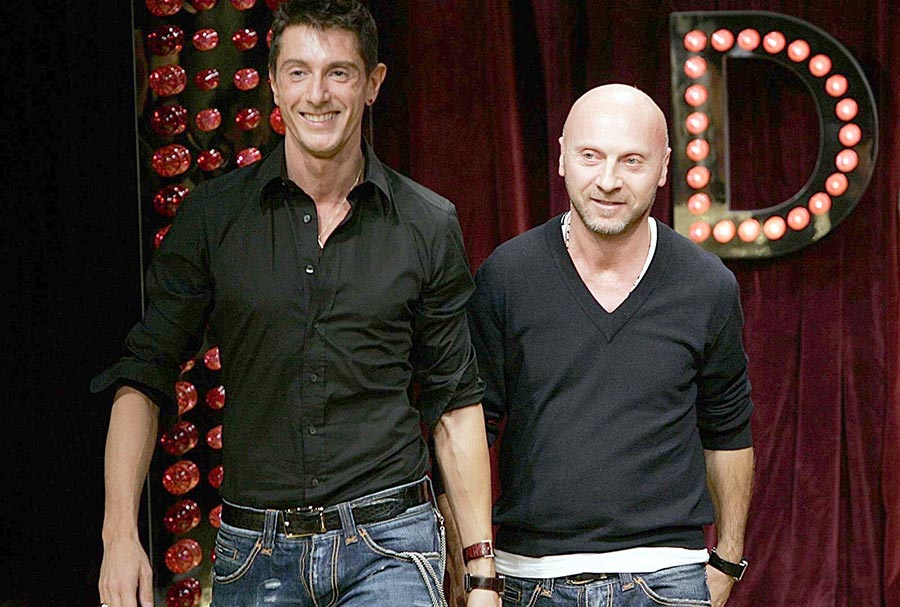 As I write this, I’m taking a box cutter to my collection of Dolce & Gabbana handbags, shoes and frocks (wait, are frocks a thing? It seems like something Dolce & Gabbana would put their name on). Take that, very rich and famous fashion designers!

Granted, Dolce and Gabbana didn’t do anything to me personally. I don’t know them (and don’t own any Dolce & Gabbana paraphernalia. Even if I could afford it, buying a purse and shoes for thousands of dollars while people are starving to death is obscene).

But, in a recent interview for Italy’s Panorama magazine, the pair said some shitty things about the kids of lesbian and gay couples that would even make Tony Perkins blush.

“We oppose gay adoptions. The only family is the traditional one,” one of them said, according to the Telegraph.

OK, so same-sex couples shouldn’t be allowed to adopt kids and, if they do it anyway, they’re not a real family. Nice.

“No chemical offsprings and rented uterus: Life has a natural flow, there are things that should not be changed,” Dolce continued. “I call children of chemistry, synthetic children. Rented uterus, semen chosen from a catalog.”

Procreation, according to Dolce, “must be an act of love,” the Telegraph reports. “You are born to a mother and a father — or at least that’s how it should be.”

Any other way of forming a family besides doin’ it missionary style doesn’t count as an act of love, and you’ll end up with fake-ass plastic children.

I need not point out how insulting such statements are to people who have children thanks to assisted reproduction, which, of course, is not limited solely to same-sex couples.

But Dolce thinks that if you’re gay, you’re out of luck on the child front.

“I am gay, I cannot have a child,” Dolce said. “I guess you cannot have everything in life.”

Easy for you to say, mister, considering you probably want for very little.

“How dare you refer to my beautiful children as ‘synthetic,’” John posted on Instagram. “And shame on you for wagging your judgmental little fingers at IVF — a miracle that has allowed legions of loving people, both straight and gay, to fulfill their dream of having children. Your archaic thinking is out of step with the times, just like your fashions. I shall never wear Dolce & Gabbana ever again.”

Dolce ended up blaming the whole thing on how he grew up.

“I’m Sicilian and I grew up in a traditional family, made up of a mother, a father and children,” he said. “I am very well aware of the fact that there are other types of families and they are as legitimate as the one I’ve known. But in my personal experience, family had a different configuration. That is the place where I learnt the values of love and family.”

Get it? Since Dolce’s family looked a certain way, everybody’s family has to look that way. Don’t blame him, he’s Sicilian!

And those other families, well, they’re “as legitimate as the one I’ve known” except for that whole thing when you called their kids “synthetic.” Your family apparently skipped that part when teaching you about “the values of love and family.”