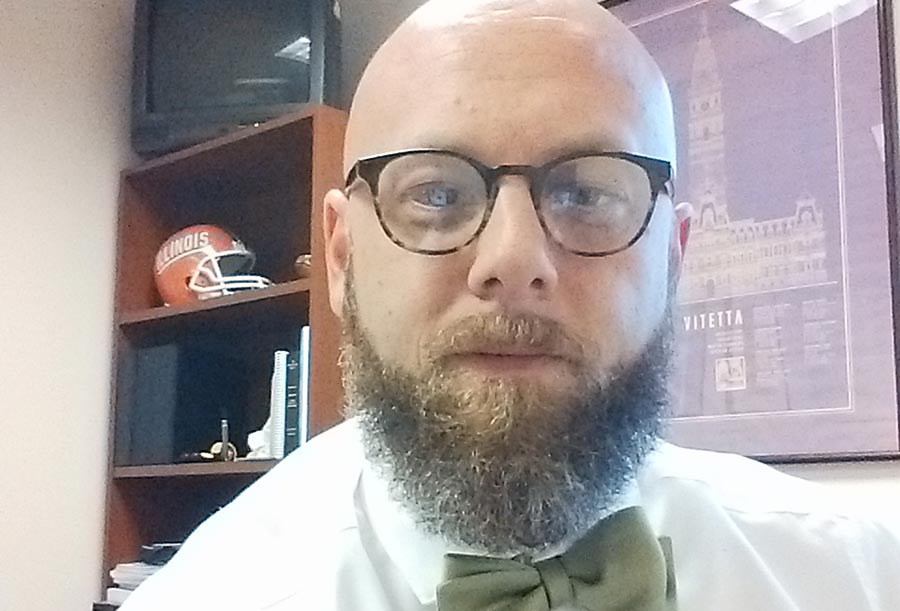 Philadelphia District Attorney Seth Williams this week announced a new member of his staff, who is an LGBT community member.

Cameron Kline has joined the DA’s Office as its communications director and spokesperson. He began in the position Feb. 2.

The Illinois native earned bachelor’s and master’s degrees in broadcast journalism before moving to Philadelphia in 2002 to serve as deputy communications director of the Philadelphia School District.

He had worked for the senator since 2011, with a hiatus while he worked as press secretary for Rob McCord’s gubernatorial campaign.

“It was one of those classic phone calls from a friend who said, ‘Hey, I’m thinking there could be a departure in the DA’s Office; what do you think?’” Kline said. “I wanted to check it out and explore the opportunity. It was really neat to work for Sen. Farnese, an elected official who represents the Gayborhood, all of Center City, where I live and most of the areas I frequent. It was a natural, fun fit. But when this opportunity came about, I thought, Let’s give it a try.”

In the new role, Kline will be tasked with disseminating information about the office’s operations and serving as a liaison between the office and the media, among other responsibilities.

“But my job will be to tell the stories about the work the DA and the entire DA team is doing,” he said. “Right now I’m in the process of just learning about all the parts of the DA’s Office. It’s a big office with lots of staff; we have about 900 employees. The issues also run the gamut, so right now I’m just digesting all of that.”

Kline said he will tap into his past experiences to gear up for the job.

“Each office I’ve been at has left a little imprint on me in terms of how I do my job,” he said. “When I was at PECO, it was a very procedure-driven organization that taught me how to plan, how to work in a large organization. At PGW, I learned a lot about the entire city, its neighborhoods, the needs of low-income families and opportunities for energy efficiency. Then with Sen. Farnese’s office, I got to see how much difference a law can make in someone’s life, and more about the neighborhoods in the First Senatorial District. I’ll bring all of these together and pull out of that toolbox when I need it. So I’m going to roll up my sleeves and get to work.”