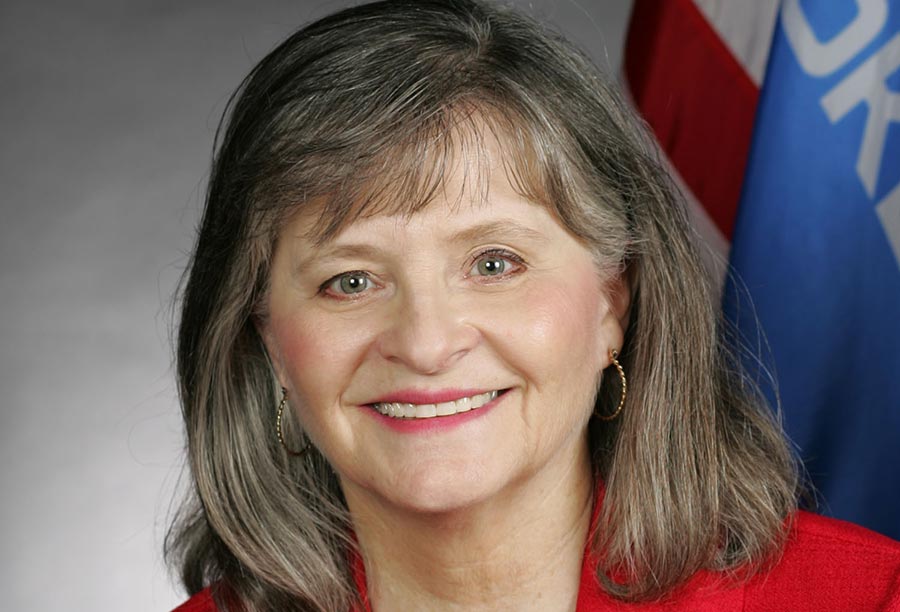 Mental illness is a serious, unfairly stigmatized issue in this country. According to the National Alliance on Mental Illness, one in four Americans deals with some kind of mental illness yearly and many receive no treatment.

So please know that I’m not joking when I say that Oklahoma state Rep. Sally Kern is a very sick woman and that I hope that she gets the help she so desperately needs.

Now, I’m not a psychologist, but I don’t see how a mentally healthy person can maintain the kind of obsessive hatred of LGBT people that inspires the bills she recently introduced in the Oklahoma legislature. All three serve no purpose other than to make life harder for LGBT Oklahomans.

For example, take the so-called “Preservation and Sovereignty of Marriage Act,” a desperate move to try to thwart marriage equality, which is legal in Oklahoma.

In other words: “Hey government employees, you like your job? Better not play nice-nice with any gay couples or you’ll be filing for food stamps (Ha ha just kidding, we’re Republicans, we’ll probably cut those, too.)”

Kern is not alone in her marriage-equality desperate-measures freak out. Todd Russ, another state representative, wants to do away with marriage licenses in the state all together just to spite the gays.

Kern also authored the “Freedom to Obtain Conversion Therapy Act,” which guarantees people the “freedom” to mentally and emotionally damage their LGBT children by trying to get them “cured.” As you may know, California and New Jersey have banned so-called “conversion therapy” because it is bullshit. Kern’s bill is a proactive measure to keep Oklahoma from making the same move.

The bill reads in part, “The people of this state have the right to seek and obtain counseling or conversion therapy from a mental-health provider in order to control or end any unwanted sexual attraction, and no state agency shall infringe upon that right. Parents may obtain such counseling or therapy for their children under 18 years of age without interference by the state.”

It’s sad that Kern’s interest in mental health exists solely to harm rather than help others.

Then there’s the “freedom to discriminate” bill that’s been popular in other states as of late in order to address the horror of bakers having to make cakes for a same-sex couple’s wedding when said bakers believe that homos make Jesus vomit.

While other states have used CYA terms like “religious freedom” to justify the refusal of service, Kern comes right out with it: “No business entity shall be required to provide any services, accommodations, advantages, facilities, goods or privileges related to any lesbian, gay, bisexual or transgender person, group or association.”

Could these bills pass? They shouldn’t, but that doesn’t mean they won’t. After all, Republicans dominate Oklahoma and marriage equality is scaring the shit out of them.

As for Kern, she’s been crying for help since at least 2008, when she said that homosexuality is “the biggest threat that our nation has, even more so than terrorism or Islam, which I think is a big threat.”