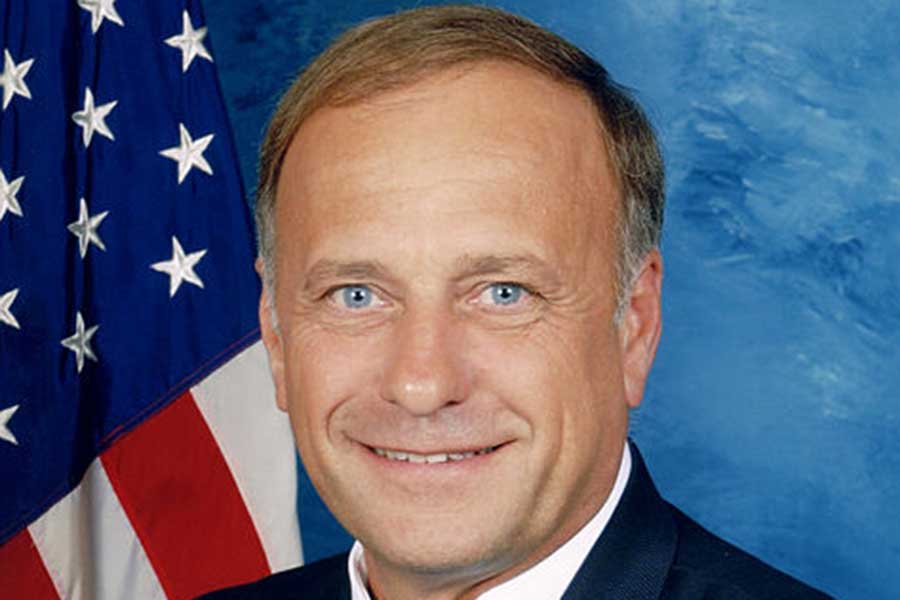 I don’t believe in God. But I have a good-enough handle on his discography to know that “Heaven” is one of his greatest hits and that, for his fans, Heaven is a B.F.D.

So when U.S. Rep. Steve King (R-Iowa) told The Jefferson Herald Oct. 22 that he thinks homos aren’t going to heaven, some people were bound to get upset.

“I’ll just say that what was a sin 2,000 years ago is a sin today,” King said, “and people that were condemned to hell 2,000 years ago, I don’t expect to meet them should I make it to heaven. So let’s stick with that principle.”

Mind you, King is talking not just about homos there, he’s also talking, according to the Herald, about “people who are divorced or living together without being married.” Because “lest ye be judged” and all that.

But back to “that principle” that if it was so 2,000 years ago, it is so today. There are plenty of no-nos in the Bible like mixing fabric, trimming your beard (proof that hipsters are some of the most devout among us), touching dead rabbits, getting a tattoo (yes, even if it’s that one part of Corinthians) and working on Sunday.

Another thing that’s frowned upon: slander. And Lord knows (because he’s gonna find out who’s naughty and nice), King has said more than his fair share of shitty things about gays in his lifetime. (Note: He’s been Creep of the Week many times over the years.) Not to mention he’s not very fond of Muslims or immigrants or ladies who want reproductive rights or anyone who uses critical-thinking skills. He is no fan.

Still, it doesn’t hurt my feelings that he thinks I’m hell-bound. I already know I’m not going to heaven. Or to Neverland, or the Island of Sodor, for that matter.

But you don’t have to even believe in God (and yes, Mr. King, even some LGBT folks do) to find such a declaration dickish — and definitely arrogant.

“Let me say it isn’t up to me to pass that judgment,” King told the Herald, “and those who choose a lifestyle that I’ll say is not one that’s anointed and favored by my faith — or their faith, for that matter — that’s between them and God.”

Note to King: when you say that gays go to hell, you’re passing judgment. And if you really believed that things for people you disapprove of were “between them and God,” you’d never have made the hell comment to begin with.

Here’s the thing. While it’s easy to laugh off King’s comments as the ramblings of a zealot, the man is an elected representative, which means he has actual power that he can use for evil. So when he says gays aren’t worthy of heaven, is it any surprise that he also doesn’t think gays are worthy of anti-discrimination laws? Of marriage equality? Of protection from violence? Of course not.

He’s just another bigot hiding behind religion, and the God he claims to believe in so hard, who also just happens to hate all the same people he does. How convenient.