The Pennsylvania Student Equality Coalition announced this week that it is the recipient of a major national grant.

PSEC, a statewide LGBT student organization, received a $100,000 grant from Queer Youth Fund of the Liberty Hill Foundation, the only national grant program that specifically supports the work of LGBT youth-led organizations. PSEC is the first Pennsylvania grantee to be awarded the QYF, which was founded in 2003 and is in its last year.

Three other groups throughout the country were awarded this year’s funding from the California-based nonprofit.

PSEC executive director Jason Landau Goodman said the grant is a game-changer for the three-year-old organization.

“It’s incredibly exhilarating, to say the least,” Landau Goodman said. “We’ve been waiting to apply for three years because we wanted to present a strong case for the investment to be made in the Pennsylvania LGBTQ youth movement, and finally it’s now our time to rise.”

Landau Goodman described the funding as a “major gateway grant” that has served as a significant foundation for agencies like the Boston Alliance of Gay, Lesbian, Bisexual and Transgender Youth, and the New York City-based FIERCE.

“It’s not just a major grant but it’s a significant and meaningful grant in the national LGBTQ youth movement, so we’re deeply honored and humbled,” he said.

More than 50 agencies applied for this year’s grants.

PSEC submitted a letter of intent in the fall and was notified it had made it to the semi-finalist level in February. The organization submitted a full proposal earlier this year and was named one of the eight finalists in May. The QYF committee conducted a site visit in June at PSEC’s Pittsburgh office, housed in the Gay and Lesbian Center of Pittsburgh, and met in July to make its final decision.

Until now, PSEC depended largely upon private donations. It was also recently awarded a $2,000 grant from Bread & Roses Community Fund, which will support its work advocating for transgender-affirming policies at school districts throughout Southeastern Pennsylvania.

PSEC will use the QYF grant for a three-tiered plan.

First, the funding will support the general operations of the future Bayard Rustin House, the PSEC headquarters in the works in Harrisburg.

Landau Goodman said the house, which is slated to be PSEC’s first physical center, is “developing very well.”

PSEC will also use the money to increase access to LGBT youth-advocacy work among diverse constituents, including youth of color and marginalized communities.

“We’ll be able to provide stipends and new access to state meetings and work at the local and state levels to youth, regardless of financial background,” Landau Goodman said. “That has been a major barrier to making sure that all youth are fully represented in this work.”

The grant will also be used as an investment in the longterm financial sustainability of PSEC.

“This will help us develop and secure the resources necessary to acquire critical funding in the future,” Landau Goodman said.

He added that the grant alleviates some of the financial burden placed upon PSEC leaders.

“It’s essentially transitioning us to the next level of the organization, in terms of funding critical parts of the organization that have been so far sacrificed by countless young people. Youth have been choosing gas money over food many times and we’re finally in a position to start putting basic funding for this work out there. Youth work is often not high on the list of funding priorities in the LGBT community. So we’re finally able to take a step forward and say, ‘Yes, we are here doing important work and we’re going to keep going forward with everyone’s support.’” 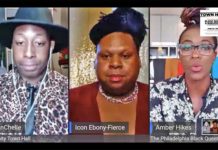 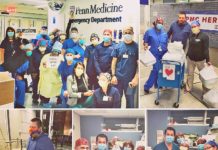 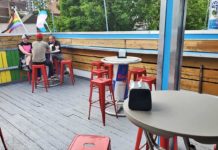