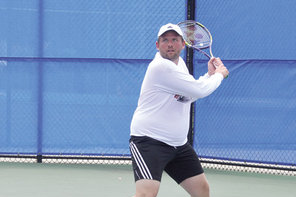 Last call for Gay Community Night with the Phillies! If you’ve been putting it off, these are your last few days to get tickets in the LGBT seating sections. This year, the Astros are coming to town for the Aug. 5 game. If 500 tickets are sold, a community representative will get to throw out the ceremonial first pitch around 6:40 p.m. before the 7:05 p.m. start.

As an organization, the Phillies must hate when we have these events because their record since the Gay Community Night’s inception is a miserable 1-10. But as accustomed as they seem to be losing this year, maybe that will switch around for us. And it’s not whether we win or lose, it’s all about the community turning out in numbers; phillygaydays.com.

Want to do a Phillies gay double-header? On Aug. 4, the Reading Fightin’ Phils are having their second-annual LGBT night. Kind of like a warm-up game before the Phillies play on Tuesday. If you’re interested in going to that game, email me at [email protected] for a pair of complimentary general-admission tickets. They do not guarantee a seat, but it’s Monday night so random seats might abound. Worst-case, you buy an upgrade. Game time is also 7:05 p.m.

And if free admission isn’t incentive enough, the giveaway that night is a Fightin’s home plate-shaped doormat for the first 2,000 people! There is also an all-you-can-eat deck buffet from 6-8:30 for only $13.

Come join in the fun both nights — Monday in Reading, Tuesday in South Philly (we’re in section 204) — and let’s get out and play!

Congratulations to Stogie Joe’s for the team’s co-ed recreational division championship win in this first year of City of Brotherly Love Softball League playoffs. A nine-game win streak to finish the season, including besting the first-, third- and fourth-seeded teams to win it all, is a huge accomplishment. Also in that division, the Mt. Airy Family Practice Homewreckers were tops in the regular-season play.

In other standings, the Tavern on Camac Wolves took the regular season and tournament top spots in the open competitive division, but the Knock Outlaws should also get kudos for their 15-0 record during regular-season play. Kudos, indeed!

In the women’s competitive division, Dogtown Ballers topped the regular season and Adobe Café Girls Like Us took the tourney. The intermediate-division regular-season champions is the William Way Community Center Flying Monkeys and the recreational division regular-season champions is Simon’s 369ers. Another round of applause goes to the Tavern on Camac Tailgaters. They finished in last place in the intermediate division during the regular season but came through to win in the playoffs of the recreational division, which combined with intermediate.

Well done, all, and enjoy some weeks off before fall ball.

• Greater Philadelphia Flag Football League scored twice with fundraisers July 19 and 21, raising money for the Gay Bowl coming here in October, when an estimated 750 ballers will storm into Philly. For more info or to make donations, visit gaybowl2014.com. • Don’t forget to participate in the worldwide research going on regarding homophobia in sports at outonthefields.com. This survey is for everyone: athletes, non-athletes, gay or straight. Pass it on!

Countdown to Gay Games 9: 14 days. Looking for sports info across the field? Look inside the back cover of this issue, and every fourth week of the month, for all the sports and recreation listings. And don’t forget to send your organization info to [email protected].