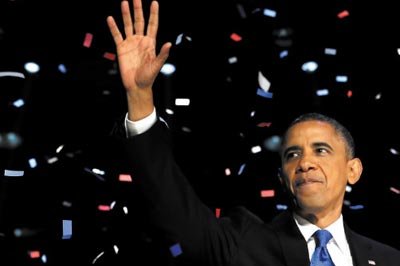 President Obama on Monday signed an executive order into law barring federal contractors, who employ about 28-million workers, from discriminating on the basis of sexual orientation and gender identity. The order further protects federal employees from gender-identity discrimination.

The federal-employment portion of the order takes effect immediately while the contractor provision will go into effect in 2015.

The measure does not include a religious exemption to allow religiously affiliated entities to discriminate against LGBT people; a similar provision in the current version of the Employment Nondiscrimination Act recently prompted a number of leading LGBT-rights organizations to withdraw their support for the long-stalled legislation.

During the signing ceremony, Obama credited the many LGBT-rights advocates present for the historic step.

“Many of you have worked for a long time to see this day coming. You organized, you spoke up, you signed petitions, you sent letters — know because I got a lot of them,” he said. “And now, thanks to your passionate advocacy and the irrefutable rightness of your cause, our government — government of the people, by the people, and for the people — will become just a little bit fairer.”

American Civil Liberties Union executive director Anthony D. Romero called the executive order “one of the most important actions ever taken by a president to eradicate LGBT discrimination from America’s workplaces.”

“By signing this order, President Obama is building on a bipartisan tradition, dating back over 70 years, of barring discrimination without exception when taxpayer dollars are involved,” Romero continued. “While there remains much work still to do to achieve the goal of full civil-rights protections for LGBT people, we must take time to celebrate the landmarks along the way, and this is a huge win.”