When thinking about mental illness and LGBTQ-identified people, mental-health professionals must ask the age-old question: What came first, the chicken or the egg?

Regardless of sexual orientation and gender identity, about one in five Americans suffers from a diagnosed mental illness; most relate to genetic predisposition as evidenced by conditions such as depression and alcoholism running in families. Members of our community are by no means exceptions to this.

LGBTQ individuals are as likely to inherit such conditions as any heterosexual person, and yet our community has markedly higher rates of mental illness than the American population at large. Why? Well, in addition to mental illness being linked to genetics, life experiences play a role. Specifically, experiences from our childhood have a profound impact on the adults we become. They influence how we relate to others and cope in various situations, the general ease with which we function in the world and our overall self-esteem. They may even affect whether or not certain genes are expressed. For example, a person may be born with a predisposition to alcoholism, but if they’re raised in a loving and supportive environment and experience little adversity in their lives, they may never become alcoholics. Alternately, another person with that same gene whose childhood was riddled with conflict and instability very well may become an alcoholic.

So, which of these reasons caused an LGBTQ-identified client to come to my office reporting severe symptoms of depression and anxiety? What had caused him to be so depressed that he feared he wouldn’t be able to leave the house to make it to his first therapy appointment? Is it his genetics in combination with his long history of being unaccepted, shamed and alienated because of his sexual orientation? Or is there no genetic component at all, implying that his life experiences alone have caused his condition? There’s no definitive answer to any of these questions, but the possibility that some mental illness is caused solely by unfortunate life experiences cannot be ruled out.

In the age of emerging marriage equality around the country and of pop culture’s acceptance of openly gay TV personalities, actors and even athletes, some may argue that our community’s struggles are winding down. Hopefully this is true, but LGBTQ people throughout our country, and especially internationally, still face varying degrees of negative interactions and experiences as a result of their sexual and/or gender identity. Young people coming out this decade are surely met with different reactions than those of previous decades. Generally speaking, they experience greater acceptance and less blatant mistreatment. However, the reality is we’re still living in a society where projects such as the Trevor Project and the “It Gets Better” campaign are hugely relevant, and that simply wouldn’t be if society weren’t continuing to convey a message of nonacceptance, however subtle or camouflaged.

I’m often asked why I dedicate a portion of my therapy practice to the LGBTQ community. “Isn’t therapy the same for gay people and straight people?” The answer is generally twofold: First, our community has a specific set of concerns and experiences because of society’s long history of denying us equality while dishing out plentiful supplies of homophobia. Second, beginning therapy often incites nervous feelings in everyone, without also having to deal with discomfort and anxiety related to “coming out” to your therapist and how they might respond to this disclosure. Beyond that, our country is still engaged in a battle to prohibit conversion therapy, the approach often referred to as “pray the gay away.” While by no means is this a commonplace technique among competent mental-health professionals, LGBTQ-identified people seeking therapeutic services are likely doing so knowing that this profoundly appalling technique isn’t entirely off the table.

Should there come a day when LGBTQ individuals are fully accepted with immediacy by family and friends, are granted full rights and protections under the law and are sent no messages of hatred, non-acceptance or shame, I believe it is entirely likely that our community’s rates of mental illness will become on par with the general population’s. Until then, however, we must all acknowledge that the LGBTQ population in this country experiences more adversity throughout our mental and emotional developmental journeys and, because of this, too many lesbian, gay, bisexual, trans and queer individuals experience the additional struggle of mental illness. This monthly column will address some of these struggles as well as dedicate space for answering any specific questions you might have.

If you have any questions regarding mental health, or have a topic you would like me to discuss in a future column, please email me at [email protected] 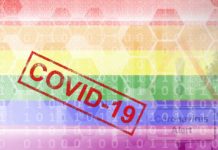