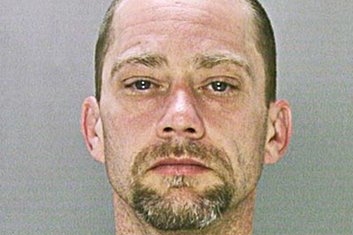 Just a few hours after naming a suspect in Thursday’s night stabbing outside Venture Inn, police arrested the alleged attacker in the Gayborhood.

Police arrested William Johnson, 39, about 4:30 p.m. Friday. The suspect had been sleeping in bushes in the 1100 block of Pine Street. Johnson, of the 400 block of Morris Street, was transported to Hahnemann University Hospital for rib pain before being processed. Johnson is suspected of stabbing an off-duty police officer and a Venture Inn bartender.

The bartender, identified on social media as Thomas Miguel Martinez, suffered a laceration to the chin and was treated with eight stitches at Thomas Jefferson University Hospital and released. The 49-year-old officer, a 19-year veteran of the force, was stabbed four times, several times in the torso and once in the leg and was listed in stable condition at Jefferson.

Police say the officer and Martinez, who are friends, were walking to a bar when Johnson approached and asked for money and cigarettes.

The officer identified himself as a member of the force and told Johnson to leave, to which the suspect replied, “Fuck you,” and “I don’t give a fuck what you are.” Police say Johnson then charged at the officer and stabbed him, and Martinez attempted to intervene and was also slashed.

Police say that, following the altercation, Martinez noticed the officer doubled over in pain and they went into Venture Inn to examine the wounds.

The stabbing follows reports of at least two knifepoint robberies last month in the vicinity. In both, the attacker struck from behind with his left arm and held a knife to the victims’ throat to demand their belongings. Police do not believe Johnson is connected to those crimes.