It’s about our spouses, dummy

The last three years have been intense, the last three months more intense and the last three weeks almost unbearable. This past week alone saw three pinnacles in my life: the populating of the John C. Anderson Apartments, my birthday and, most important of all, my and Jason’s 10th anniversary.

Last year, after the excitement of the groundbreaking of JCAA, about the only negative comment I got was from someone who wrote on Facebook, “Why did Mark have to mention his partner in his remarks?”

The simple answer is because he is my partner and I’m proud of him and what he contributes. But there’s a more important reason that that comment has to be addressed. We in the LGBT community at times do not give enough credit to our partners.

When you watch the Academy Awards in a few weeks, note how many of the winners thank their husbands or wives. It’s expected. The same holds true on election nights around the country: Winners and losers thank their spouses. But it is still rare for those in the LGBT community to do the same. Are we ashamed of our relationships? With all the support for marriage equality out there, you’d think we’d have a little more respect for our spouses.

Any achievement any of us makes is in some respect related to our spouses, and the support and advice that they give us, or just their ability to put up with our long-suffering projects. (That last part was truly about my relationship with Jason.) Ten years ago when I met Jason, I was not in a good place. That didn’t frighten Jason off; instead, he made me realize that my best days were ahead of me and he understood and encouraged me to find other mountains to climb. Those of you who have watched my career or activism over the last almost-45 years now might have noticed how focused, assured and successful the last 10 years have been. Much of that is thanks to the man who each night gets me to take a breath, step back and see the world.

Happy anniversary, Jason. You’ve made me a happy man.

Mark Segal, PGN publisher, is the nation’s most-award-winning commentator in LGBT media. He can be reached at [email protected]. 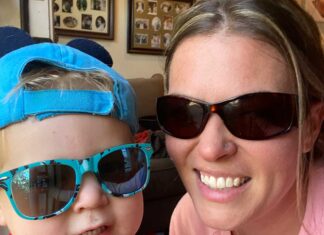