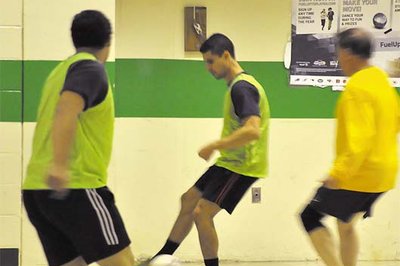 Chatter around NFL player Ritchie Incognito’s bullying of teammate Jonathan Martin, which included racial hate texts and a death threat, is running the gamut. On one extreme, members of the league are basically telling Martin to “man up” or just quit. Of course they would. Most of these players are ingrained with the rough, take-no-prisoners bully attitude for play on the field.

Ricky Williams, who played with Incognito years ago, responded to the statement that Martin was considering leaving the NFL by telling the Sun-Sentinel, “I think I can relate and I can speak on this because I was at a point where I was done with the NFL and I needed to take a break. But unlike Jonathan, I didn’t have to find a scapegoat or someone to blame. I just failed a drug test.”

Oh, just a failed drug test? So you can relate about quitting football but not quitting drugs? And pointing out racial slurs coming from Incognito is blaming a scapegoat?

On the flip side, there are those who identify with Martin. They understand what he is talking about. Hazing is not bullying. Threats and slurs are bullying. It doesn’t matter what the conditions are or what setting these happen in; they are offensive actions.

The boundaries of pushing a person’s buttons versus being antagonistic towards them are always gray. Probably even grayer in these high-testosterone settings. But even those sideliners who say that it’s just part of the ritual, there wasn’t enough leadership in the locker room or he needs to lighten up or toughen up completely miss the mark.

Incognito wasn’t just picking on the new guy. He was demonstrating bigotry and prejudice. Neither of which should be tolerated in any cultural climate.

I have mixed feelings. I agree that if you’re going to be a tough football player, you need to cultivate a tough skin. I wouldn’t have blamed Martin if he had walked up to Incognito and punched him in the face, even though I wouldn’t encourage it. I also believe Martin was right in outing his teammate as a bully. I have no doubt that time will show Incognito to be the racist he is. But the mainstream media is more likely to laugh and point at the sissy football player than uncover what the NFL atmosphere truly is like.

What does this say about LGBTs in professional sports?

It says that not being out may be the safer way to play if you prefer not to be teased, taunted or even harassed. It says that even if you can take a little locker-room jibing, there are still oafs who will push things too far, and the sports culture is likelier to back the bully. It says that even as athletes come out here and there, they are comfortable doing so only when they have a strong belief in the maturity and civility of their teammates.

And what it also says is that even with all of the progress and support of GO! Athletes, Nike, Ben Cohen, GLISA and many others, there is still that largest hurdle of all: acceptance.

And right on the heels of the NFL debacle comes this bright story. Outsports recently reported receiving an email from a member of the University of Texas swim team. The sender encouraged the magazine to look into an email sent to the entire team by Matt Korman, in which he came out to everyone:

“Please know that I am telling you this about myself because I love you guys and I really want you to know this important part of me,” the email read. “I was growing tired of all the lying, dishonesty and pretending. You all have always been there for me and supported me in everything that I do. You are and forever will be my brothers.”

I wish I had space to print it in its entirety here. It is strong and sensitive, serious and compassionate. Again, an athlete takes a chance on sharing his innermost secret with his teammates, his friends, because he feels, or at least hopes, they will accept him. I urge you to go to outsports.com and read the entire letter.

Matt, we’re very proud of you. And to your credit, I know that one day someone else will have the courage to also move forward because of you.

Countdown to Gay Games 9: 266 days. Are you having a sports fundraiser, holiday party, bar crawl or strip-poker party? Tell me about it at [email protected].