Recently, there has been a flurry of legislative activity pertaining to conversion therapy, a controversial practice that attempts to eliminate an individual’s sexual desire and attraction to members of the same sex. Earlier this year, California and New Jersey enacted laws preventing licensed mental-health professionals from practicing this “therapy” on minors, and a number of lawmakers in other states, including Pennsylvania, have followed their example by introducing similar bills. The rationale behind the legislation is based on the understanding that being lesbian, gay or bisexual is not a disease or disorder and, therefore, attempts to “cure” same-sex attraction are harmful, especially given the evidence demonstrating the futility and pernicious effects of such attempts.

Though California and New Jersey were successful in passing their respective conversion-therapy laws, both laws were immediately challenged in federal court on First Amendment grounds. The Ninth Circuit ultimately upheld the California law in August; however, there is speculation that opponents of the law may attempt to bring their challenge to the Supreme Court. In New Jersey, the litigation is still pending at the district court level.

The events in California and New Jersey indicate that passage of similar laws in other states will entail an uphill battle. This will undoubtedly be the case in Pennsylvania, where there are currently no protections for LGBT individuals at the state level. Pennsylvania is the only Northeastern state without same-sex marriage and without a law to protect people from being fired, denied housing and/or denied access to public accommodations on account of their sexual orientation or gender identity. In spite of, and perhaps in reaction to, this unfortunate reality, many municipalities in Pennsylvania have enacted local ordinances implementing anti-discrimination safeguards for LGBT people. Philadelphia, in particular, recognizes domestic partnerships at the municipal level and protects LGBT individuals from discrimination in employment, housing and public accommodations.

This situation between the commonwealth and the municipalities that have enacted LGBT protections within their borders raises an interesting possibility with respect to regulating the practice of conversion therapy. Cities like Philadelphia should consider regulating conversion therapy at the local level. In Philadelphia, for example, the city could accomplish this by denying or revoking city-issued Commercial Activity Licenses to organizations and solo practitioners who engage in conversion therapy with minors. Because these licenses are required for all businesses operating within city limits, attaching such a condition to their issuance and continued validity would effectively prevent professionals in Philadelphia from conducting the practice on those under 18.

Admittedly, such a measure would not prevent those who engage in the practice outside of the commercial context, such as religious leaders, from administering conversion therapy to minors. Nonetheless, like local LGBT anti-discrimination ordinances, it would represent a significant first step to eventually banning conversion therapy entirely and send a strong message to Harrisburg to enact a similar measure at the state level.

Andrea Anastasi is a J.D. candidate and Law and Public Policy Scholar at Temple University Beasley School of Law. 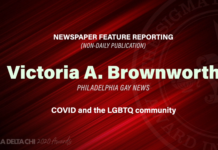 Telling the Stories of Our Lives 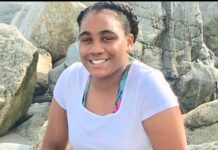 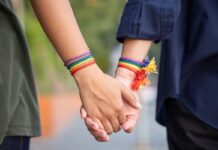 Stop the Assault on LGBTQ Kids