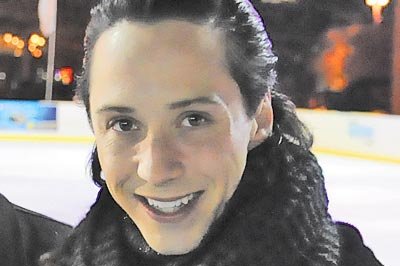 This column might just look like a calendar of everything that’s going on in LGBT sports for March except I’m sure I don’t have everything pegged down yet. But keeping it to roughly the next two weeks, there’s enough here to get your spring fever started.

Let’s start with a party! Team Philadelphia and all Philadelphia LGBT sports organizations are being honored March 14 at Sugar House with free appetizers, drink specials, music, a craps class and Brittany Lynn and her Drag Mafia performing. Get some workout tips (and hot pictures) with trainers from 12th Street Gym and makeup tips from Andre Richard Salon.

Next up, Greater Philadelphia Flag Football League is holding spring registration through March 18. Word is out that the roster is half-full already, so don’t wait and miss out. GPFFL has a skills day March 16, another skills day and the player draft March 23 and pre-season exhibition games March 30. Regular season begins the first Saturday in April. All GPFFL games and practices are held 9 a.m.-1 p.m. at Columbus Square Park, 1200 Wharton St. Spectators are welcome and encouraged! For schedules, events, registration, photos or the just flag-football curious, visit phillyflagfootball.com.

If softball is your game, City of Brotherly Love Softball League is also holding its skills day March 16. This one starts at 11 a.m. at Palumbo Rec Center, 10th and Fitzwater streets, and it’s rain or shine, guys and gals! (Unlike during the season, when a passing threat of raindrops means you get to sleep in and then have brunch.)

After the CBLSL tryouts, join the pitchers and catchers for their pub crawl and drink scavenger hunt at the usual clubs. Starting point and participating bars will be posted on the CBLSL website by March 15, but you can get an email with the schedule if you register ahead of time. Visit CBLSL.org for that and other information.

If you’re still functioning the day after trying out for two sports and doing a pub crawl, the Gryphons RFC is having their Shamrocks & Jocks party at 9 p.m. at Westbury. This is a purely social event, which means you can go hang out with the ruggers even if you’re not a player. Hell, even if you’re sports-challenged. Consider it St. Patrick’s Day drinking practice.

The following week, those Gryphons are firing up the grill for their season home opener 1 p.m. March 23 against Widener. A spring day, guys beating up on each other under the guise of rugby and free food … how can you say no to that? The game starts at 1 p.m. at George Pepper Middle School, 2901 S. 84th St.; Philadelphiagryphons.org.

I got a minute at Winter Pride to ask Johnny Weir if he was going to attend or compete in the Gay Games in 2014. He says he would love to and I could tell by his expression and jubilant tone that he was sincere. Unfortunately, he also added that because he is still preparing for the 2014 Winter Olympics, there are constraints around participation and commitments. The Olympics are before the Gay Games, so you know I’m looking him up again a year from now for another chat. Here’s hoping he is able to go!

Dodgeball is alive and well and dipping, diving and dodging at 12th Street Gym! (And no, you don’t even have to be a member of the gym to participate.) Dodgeball has gone from just a few teams playing on Thursday nights to two groups playing Thursdays and Mondays. Thursday night groups are mixed, but there is at least one all-gay group on Mondays.

You can get involved on an existing team during the draft or form your own team. Contact Zax Murisan on Facebook or call 609-802-6551.