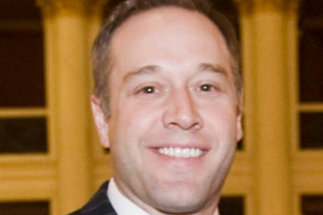 Pennsylvania officially got its first out state lawmaker last weekend — weeks before the swearing-in of Rep. -elect Brian Sims.

Central Pennsylvania Rep. Mike Fleck (81st Dist.), a Republican, made national headlines Dec. 1 when he announced he was gay. With his revelation, Fleck became the first openly LGBT state legislator in Pennsylvania and the first sitting out Republican state lawmaker in the nation.

An out Republican legislator is set to be sworn in next month in Ohio. Sims will be Pennsylvania’s first LGBT lawmaker to be out prior to his election.

Fleck, , who through a friend declined to comment at this time to PGN, made the pronouncement in a wide-ranging interview published Saturday in Huntingdon County’s The Daily News. Fleck’s district includes Huntingdon, Blair and Mifflin counties, in Central Pennsylvania, near Altoona.

In the interview, Fleck — who was raised as a conservative Christian, graduated from evangelical Liberty University and spent several years as an executive with his local Boy Scouts chapter — said he grappled with his sexuality for years and sought therapy from Christian counselors to alter his feelings, to no avail.

Fleck, 39, and his wife of nine years separated last year. He said he wanted to wait to come out publicly until after the election.

He told the newspaper that his coming-out has not changed his religious principles or his commitment to the Republican Party.

“I’m still the exact same person and I’m still a Republican and, most importantly, I’m still a person of faith trying to live life as a servant of God and the public,” he said. “The only difference now is that I will also be doing so as honestly as I know how.”

Sims said he’s had several conservations with Fleck after the announcement, and commended him for his courage.

“We’ve spent the last day-and-a-half getting to know each other and figure out how to navigate this together,” Sims said Monday. “What I’ve said to everyone I’ve talked to about this is that every single one of us who has come out has walked a different path at a different pace. We are entitled to that, and I have zero patience for anyone’s judgment of how and when he chose to come out. It was when it was right for him and right for his family, and I have nothing but respect for that.”

Equality Pennsylvania executive director Ted Martin has exchanged emails and texts with Fleck recently, and said the announcement was the result of a lengthy, personal process.

“He’s been coming to this decision now many months. He’s gone about this thoroughly and thoughtfully, and I think it’s a great thing,” said Martin, a former Central Pennsylvania resident who noted that the development could be a highly valuable learning moment for the largely conservative Republican district. “Regardless of who you are, your station in life, coming out is a process, and I hope his constituents will give him the breathing room he deserves. And in six weeks, when he starts to deal with budget issues, they need to focus on his votes on taxes, on funding for education, on senior issues. They may look at him a little bit differently now, but I hope they can quickly come to the conclusion that he’s the same guy they’ve been voting for. This is an opportunity for Central Pennsylvania and other conservative parts of the state to look at gay people in a very new way.”

“He’s going to have a tough road to haul, there’s no question about that,” Sims said. “He’s in a very conservative district. But this is 2013, and I think there’s room to speak to conservatives about LGBT rights. And I think Mike might be the perfect person to do that. He has the right background and the right history in that district. He may be able to become a translator to that part of Pennsylvania that doesn’t necessarily want to hear from you or from me.”

Fleck was first elected in 2006 and re-elected three times since, most recently last month, when he ran unopposed.

Fleck has not had the opportunity to vote on any LGBT-specific bills, such as the proposed nondiscrimination or hate-crimes measures, as they have not made it to the House floor for a vote in the past few years. He has not cosponsored such bills.

Martin said Fleck has not confirmed whether he will take a leadership role on the nondiscrimination measure or other LGBT bills, but said that conversation will take place.

“He’s shown a willingness to talk and discuss, and at this stage of the game, that’s pretty good,” Martin said. “I’m pretty happy about that. I want to give him the breathing space everyone should be giving him, and then we can talk about things.”

Fleck has been working with Pennsylvania Student Equality Coalition on the LGBT-inclusive Pennsylvania Safe Schools Act, which he is cosponsoring.

PSEC executive director Jason Landau Goodman said the agency “could not be more proud of his courageous decision to be open and affirming of his identity.”

Sims acknowledged that, while he and Fleck are on opposite sides of the aisle on some topics, he anticipates that Fleck could become an important advocate for LGBT rights.

“We differ on some policy issues but I’m hoping LGBT issues will not be one of them,” he said. “I’m hopeful that this means we’ll have our first Republican member of the LGBT Caucus and perhaps someone to speak to the leadership in the Republican Party about why nondiscrimination is so important. I’m guessing that, after one week as an out gay man, he’ll be able to see and demonstrate why we say that LGBT nondiscrimination is not special rights but basic civil rights.”

Fleck’s pronouncement, and his potential involvement in and advocacy for LGBT issues, could be integral in bridging the ingrained bridge between the two major parties in the state legislature, Sims said.

“I’m hoping this shows that the Democratic Party doesn’t have a monopoly on equality and that Republicans can support LGBT civil rights and LGBT people. That’s the future. Everybody, everybody, everybody is frustrated and done with partisan politics. The answer to that is not to get angry and blame people but to collaborate, and there’s an opportunity with Mike Fleck to show that we, as Democrats, are supportive of LGBT people, civil rights and supportive of others who support those people and those issues, regardless of their party. Mike gives us that opportunity.”

“He’s a voice inside the Republican caucus, which we’ve never had,” Martin said. “If Rep. Fleck was renting a house in his district, and his landlord knows that he’s gay and became disgruntled over something, he could evict him. That’s messed up. He can now say to his constituents, ‘Does this make sense to you? It’s me we’re talking about here.’ That can be an opening, and hopefully they’ll see, right, that’s ridiculous. I’m hoping he’ll be able to start that kind of dialogue. I’m not trying to make him into an instant crusader, but I think we can work to make sure he becomes a strong ally.”

“This is an incredibly interesting moment,” Martin added. “You have to wonder about what type of impact this will have on other members who may be in the same situation.”