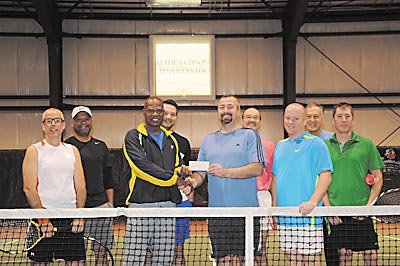 Baby, it’s cold outside, so a few of the outdoor groups are moving inside for the winter. Of course, sporting indoors is nothing new for wrestlers, bowlers and others, but if your sport of choice requires a field of some sort, well, frozen turf can hurt.

Falcons soccer is now at a couple of new indoor homes. Practices are Tuesdays, 8-10 p.m. at Guerin Recreation Center, 1600 Jackson St., and Fridays, 6-8:30 p.m. at South Philadelphia High School, 2101 S. Broad St., Room 420. If you’re thinking about giving soccer a try, it’s a great controlled environment in which to start.

The practices are free to members, and non-members can get a discounted membership for the rest of the year for $25 at falcons-soccer.org. Interested members can also join in for $10 per practice.

The battle of the blue and gray

Since the Philadelphia Eagles have pulled a no-show this season, you might be going a little crazy wanting to see a great football game. Greater Philadelphia Flag Football League has just the thing.

GPFFL finished its regular season and playoff games for the year and all that remains is a final match-up between the Navy Seals and the Steel Magnolias (the blue and gray). These two teams are dynamite in motion and this should be one helluva game. The championship starts at 12:30 p.m. Nov. 17 at Columbus Park, 1200 Wharton St. Bring your pennants, pom-poms and snacks and check them out. Good luck to both teams! Running on empty?

If you’re looking to catch an athlete for the winter, head to Chestnut Street the morning of Nov. 18 and take your pick from thousands. The Philadelphia Marathon runs through more neighborhoods than the average person can name, but Midtown Village/the Gayborhood is where you’ll want to gather to watch.

Not only is this the largest field for the Philly event with 30,000 participants, but thousands more are descending on our city to run in lieu of the cancelled New York City Marathon. Check www.philadelphiamarathon.com for street closures and times.

After the run, stop by Tabu where Go! Athletes and I’m From Driftwood host the runners and chasers, with special guest Pennsylvania Rep.-elect Brian Sims. There will be beer, tequila and taco specials and some great athletes to rub elbows with.

Go! Athletes works with current and former LGBTQ athletes to improve dialog among coaches, schools, educators and allies. I’m From Driftwood manages an online archive of LGBT stories from people spanning all ages, backgrounds and cultures.

Watch the runners and hit the bar, whichever you choose. Just remember to get out and play! Short stops

• Philadelphia Fins Aquatics Club weeknight practice has been changed to 7:15 p.m. to accommodate the high-school and middle-school swim teams. Check www.facebook.com/pages/Philadelphia-Fins-Aquatics-Club/96776385792 for other updates. • Sports and recreation contacts and website information is included in the PGN Community Bulletin Board every fourth Friday of the month on the inside back cover and can also be accessed at www.epgn.com.

Countdown to Gay Games IX: 630 days. If your team, league, group or organization has a game, practice, fundraiser or event for Get Out and Play, email [email protected]