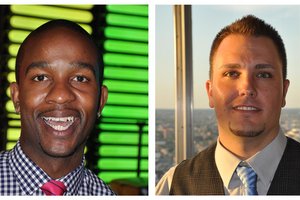 Having conversations recently with out former NFL player Wade Davis and Mazzoni LGBT Ally Award winner Joe Valentine brought to light a couple of interesting things regarding professional athletes and being out of the locker-room closet.

First, neither of them knew of any out athlete currently in the four major men’s professional sports in the U.S. Second, one of them knew at least one athlete who is gay, but not out. Third, both of them were certain there were other athletes who are gay, and that other athletes have drawn the same conclusions. Fourth, both had the same answer when asked which sport would likely see its first openly gay athlete: hockey.

Their reasoning was identical — baseball, football and basketball are more rooted in American conservatism and hockey has a more worldwide presence and, therefore, a more liberal dose of, well, liberals. It makes sense, and when asked if the same applied then to soccer or rugby, again the same answer: Absolutely.

Keep this in mind when you’re watching the games. You just may be seeing the future first openly gay professional athlete in action.

The Philadelphia Spartans Wrestling Club is hosting New York Metro Wrestling and others at its annual Spartan Pride Tournament from 1-4 p.m. June 9 at First Unitarian Church at 2125 Chestnut St. The AAU sanctioned and officiated freestyle wrestling event is open to the public.

If you’ve never been to a tournament or maybe just want to check out these guys taking each other down, this is a great opportunity. Tournaments give athletes a chance to compete with a greater variety of talent and improve their skills. Many of these guys also will participate in the 2014 Gay Games in Cleveland.

Admission is only $5 and proceeds help offset the Spartans’ costs. You can help even more by purchasing club shirts. For additional information on the Spartans, go to www.phillyspartans.com.

The Liberty Bell Classic tournaments for softball and soccer were a success again this year. Both sports competed on Saturday and Sunday over Memorial Day weekend with strong showings. About 50 people came to play soccer and the first place squad this year was Born this Way.

In softball, there was some magic on the field in the Recreational Division. Fourteenth-seeded Philly Tavern on Camac/Stogie Joe’s (“Togies”) beat down their eighth-, sixth- and third-seeded opponents, but losing only to the first place team in regular and championship play. Stars of the field were Jimmy MacElvarr, Jeff “Trudi” Jurges and El Fernstein. A tip of the cap to you all!

Every Time I Think of You By Jim Provenzano Romance

Set in late 1980s central Pennsylvania, with scenes in Philadelphia and Pittsburgh, this tale of college-aged romance goes fairly well until a freak accident on the field leaves Everett in a wheelchair. The one thing that breaks him out of his static depression is meeting another student who introduces him to wheelchair basketball.

Provenzano has written this tale of compassion and challenge for general readership, but sports enthusiasts will certainly enjoy the underlying theme.

Short stops • Several Frontrunners showed their mettle May 26 in the ODDyssey half-mile marathon. Congratulations to Shane Greenburg who completed his first over-10 mile run in only 2:21. • Kudos to the guy who ran the ODDyssey in the Santa coat. That took some jingle bells! • The 2012 USA 7’s Collegiate Rugby Championship is June 2-3 at PPL Park in Chester. Info at www.philadelphiaunion.com/ppl-park.

To submit information for Get Out and Play, email [email protected]m. 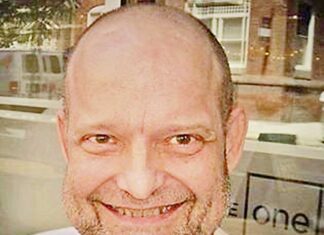