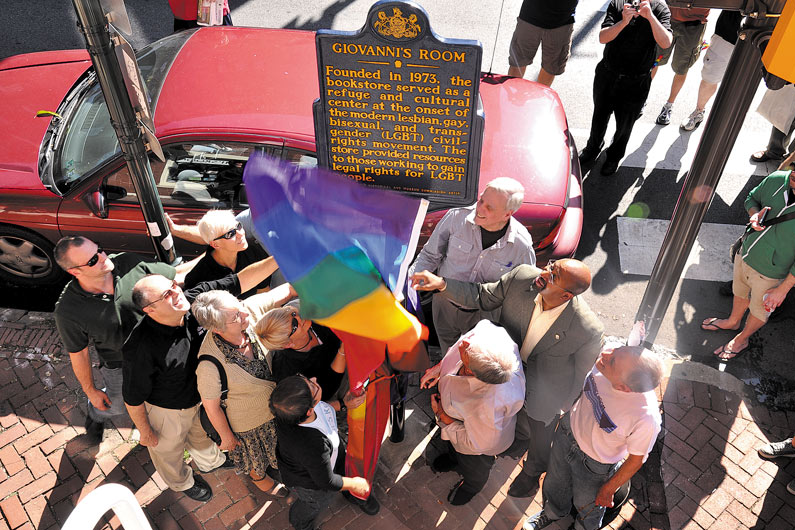 Another year of event-hopping has come to a close and we’re ready to recap some of our favorite photographic moments. Last year saw photojournalistic nods for 2010’s “The Blizzard that Broke the Record Books” and the OutFest timeline spread, and we’re hoping there is another gem or two in this batch of favorites. 1. The Unveiling (Oct. 14-20)

This year, most of our favorites captured that split-second between what was about to happen and what just did happen. For instance, the photo of the unveiling of Giovanni’s Room’s historical marker captured that instant of revelation as the plaque is unveiled and a crowd with happy expressions. Also, the great perspective nudged this photo to the top, with a nod to last year’s rainbow flag shot at City Hall.

Our second photo isn’t about that decisive moment, but it does have an apocalyptic feeling. Hurricane Irene wasn’t the terror it was forecast to be — nor was it a complete bust — but it was dangerous enough to warrant emergency notices and bar closings. This gem was taken in a rare moment from the middle of the empty intersection of 13th and Locust streets at midnight that Saturday.

Again, it’s that moment in time and, as much as we try to stay off our own radar, “Flight Fright” just had to hit the list near the top. Several PGN staff members flew the trapeze on media day last spring, and publisher Mark Segal took to the trapeze like a Republican takes to social services. This might be where the saying “A picture is worth 1,000 words” comes alive.

We captured Bryan Dorsey in full OMG! mode when his name was announced as the 2012 Mr. Gay U.S. on Nov. 19. We expect to see Lancaster native Dorsey around here a lot this year, and wish him well in the Mr. Gay Internationals.

The VIP and grand-opening parties for NKOTB ICandy was a wake-up call and jump-start for a succession of other bar remodeling efforts, some of which are being completed this year. We love us some artsy photos like this one and wish we had more opportunities to include them.

This shot of the 2011 Miss’d America being crowned made the cut partly because the moment reminds us a lot of a campy parody of a nativity. Or the flag-raising at Iwo Jima. Or the Last Supper. We’re not quite sure.

7. Out in Left Field

Not every event we shoot gets its day in the sun. The second-annual Camden Riversharks Gay Day resulted in a less-than-sterling representation by the LGBT community. Maybe because it was on July 5, we don’t know. This shot told the story just as it should, but in the end didn’t make the final cut for the July 8-14 issue.

Dr. Ruth’s gleeful expression at the Mazzoni Center’s anniversary fundraiser Elixir really tickled us. And we got to talk about sex. How great is that?

Life is a cabaret!

Because few things are better than outstanding young people who are positive role models. 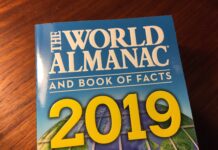