Some 2,697 same-sex couples have been married since the Argentine National Congress approved the marriage-equality law last July, making Argentina the first country in Latin America to achieve marriage equality.

However, married same-sex couples have continued to face challenges since the law was approved. Some couples indicated problems when petitioning to register their children under both their names.

A Malaysian trans woman has lost her court case to legally change her sex.

Ashraf Hafiz Abdul Aziz, 26, had sex-reassignment surgery in 2008 in Thailand and hoped to obtain an identity card declaring she is female.

However, while the country allows sex-reassignment surgery, trans men and women cannot be legally recognized and the high court ruled that her surgery had merely changed her genitals, not her sex.

Earlier this year, reports said a Malaysian district planned to send “effeminate” boys to a camp where they could be dissuaded from growing up gay or transgender.

Irish laws ‘will break up families’

The plans say that trans people who married in their old gender will have to divorce or legally separate in order to be recognized in their new gender, regardless of whether they remain in a loving relationship with their partner.

Ireland does not currently recognize people who change sex. On July 14, minister for social protection Joan Burton launched a report by the Gender Recognition Advisory Group as a precursor to legislation, which will be introduced next year.

As well as requiring trans people to divorce, the proposals include restricting gender recognition to those who have undergone sex-reassignment surgery or have a formal medical diagnosis; demanding that applicants have lived in their new gender role for two years; and requiring successful applications to sign a statutory declaration that they will live in their new gender for the rest of their lives.

A three-member panel would assess applications. Successful applications would then receive a Gender Recognition Certificate and a new birth certificate.

Burton, speaking at the launch, said allowing trans people to stay married when they are officially recognized in their new gender would be “constitutionally unsound,” as Ireland does not recognize gay marriage. United Kingdom laws also require trans people to divorce to gain legal recognition.

Transgender Equality Network Ireland said it welcomed the move toward recognition but had “grave reservations” about the proposals.

In a statement, director Broden Giambrone said: “Some members of Ireland’s trans community are in loving marriages with children. In effect, this would force them to choose between the integrity of their family and accessing a basic human right.”

The scene, with gay star John Barrowman’s character Captain Jack Harkness and a barman, has already been broadcast in the U.S. on cable channel Starz.

A source said executives felt the scenes were simply too sexy to show primetime audiences.

A BBC spokesperson told the newspaper that the gay sex scene and another, which involved violence, had been cut.

She said: “The U.K. and U.S. versions of ‘Torchwood’ are slightly different. However, these differences do not change the story in any way and the strong storylines are first and foremost to the series.”

On a recent visit to Guatemala, reigning Miss Universe Ximena Navarrete met with transgender women who have been victims of abuse and discrimination.

Acting as an ambassador for PASMO, an organization devoted to education and prevention work on sexually transmitted diseases, Navarrete expressed support for transgender women, saying they deserved legal protections and better access to employment and medical care.

It’s not the first time she’s spoken out for equality.

“I don’t believe it’s just to discriminate against someone based on the gender they prefer,” she said shortly after being crowned Miss Universe. “The truth is that I am absolutely against discrimination. I have many friends who are gay and I adore them. There is no reason why we shouldn’t let them enjoy what they want to enjoy with their partner.” 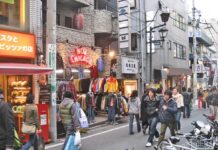 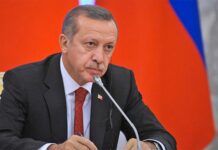